Pine all you want for the Mad Men era of advertising, when the rise of television paid for liquid lunches and a tagline could still resonate with the same power as an internet-breaking Kardashian selfie. Those days are gone, but new technology, digital disruption, and big data are creating a new agency climate--and introducing a whole new cast of characters.

Consumption
Today, the fate of the advertising industry may rest on its ability to conform to a 5-inch screen. The smartphone has spurred a cultural revolution in the way people consume and create their own media, as well as how they interact with brands.

Mobile now accounts for more than 50 percent of the world’s internet traffic, according to We Are Social’s "Digital in 2017 Global Overview." Social media is also a major contributor to this shift. The Pew Research Center reports that 7 in 10 Americans are on some form of social media, with approximately three-quarters of users on Facebook and around half on Instagram visiting these sites at least once a day.

"If you go back to the early to mid-1990s, all ads lived in traditional media: TV, radio, or print. The web was the first multi-contextual media format: reading, shopping, sharing, conversing, etc. Now, with the smartphone, the number of things people can do becomes almost infinite."

All of this is not only pulling people away from their television sets, but enabling them to take control of their consumption.

According to a McKinsey & Company report, millennials in North America are 10 percent less likely to take out a cable subscription than older consumers, and are four to five times as likely to purchase goods and services using their mobile phones.

The passive consumer has become the active participant. Digital technology, like music and video streaming, has brought with it certain expectations—that everything be delivered instantaneously, frictionlessly, and on a highly personalised level. Digital culture has given way to a new set of consumer habits that are causing a decline in many of the industries that have traditionally kept advertising afloat.

The hyperconvenience of Amazon is killing retail, automotive is reeling from the proliferation of ride sharing, and major soft-drink companies and grocery chains are getting slammed by private-label, artisanal providers for the same reason fast food is drowning: Consumers’ increasing awareness of health and wellness over the last decade—amplified by our ability to self-track—has made quality and nutrition a priority. 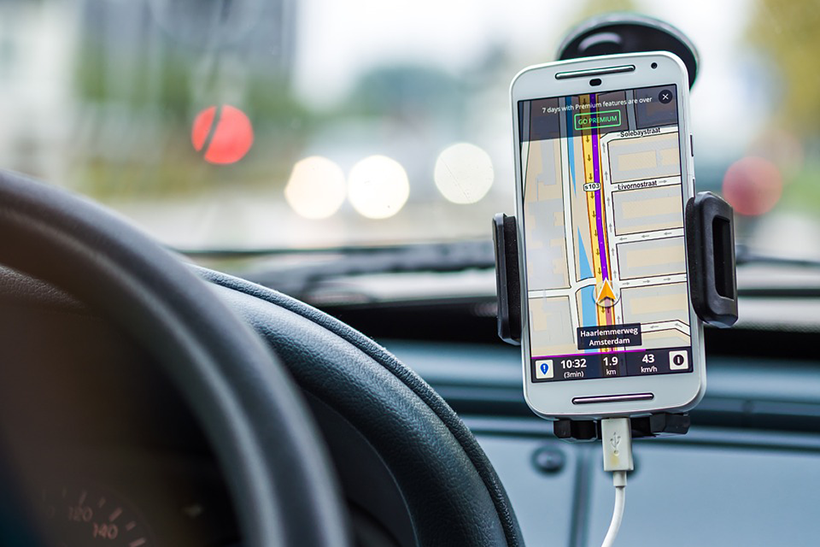 Now that everyone has a voice, it’s no longer a one-way conversation between brands and consumers. As people talk back, they are, to a significant degree, dictating how they want to be marketed to.

Reaching this empowered audience is no longer as simple as grabbing that prime-time 30-second spot. Which is why every conscious traditional agency has been rethinking their marketing strategies and stubborn ones are awaiting obsolescence.

As today’s disruptive products and services continue to stoke consumer expectations of convenience, personalisation, and on-demand gratification, returns on traditional placements in television and print will continue to wane, and advertisers will have to expand their offerings to cater to the fast-growing digital ecosystem and the rising number of people who participate in it.

Disruption
So where are these ad dollars going? The focus is now on search and social. The numbers indicate that two tech giants, above all others, are capitalising on this consumption shift from television to mobile.

As the largest, most centralised platforms with the most personalised services, Facebook and Google already dominate up to 85 percent of all digital ad dollars and in the third quarter of 2016 captured a staggering 99 percent of digital advertising growth, Forbes recently reported.

Amazon’s mammoth presence in tech is having its own ripple effect on advertising, although not in an ad-buying sense. Its position as a distribution outlet for brands, combined with its growth as a content creator and streaming platform and its disruptive Alexa-enabled devices, is creating a range of opportunities and challenges for advertisers.

Armed with functional ecosystems, endless personalisation, and all the behavioral data artificial intelligence could ever sift through, Amazon, Apple, Facebook, Google, and Netflix have become optimal venues upon which to engage consumers. These tech innovators are leveraging the hold they have on digital to encroach on the creative space that has been, for so long, strictly agency territory.

Through their own homegrown efforts, tech giants are attempting to disrupt the agency model by taking creative work in-house and then essentially giving it away to clients in exchange for hefty ad buys. Google’s Zoo and Facebook’s Creative Shop are two well-known examples that are leading the charge.

To meet these new challengers, agencies must offer a wider range of capabilities, rather than simply rely on the traditional campaign. R/GA’s model, for instance, consists of an integrated suite of services, all connected by design: Venture Studios; Consulting; Products and Services; Communications; Content and Prototype studios; Connected Spaces; and IP. This ecosystem of capabilities allows R/GA to serve clients in a variety of ways and meet their innovation needs across their entire business.

But even the brands that pay are becoming a threat to the agencies. Some such as Sprint, Chipotle, and Coca-Cola are starting their own in-house creative studios.

Aided by the rise of digital and social platforms, these brands are adopting the same DIY mentality in content creation that their consumers display on a daily basis.

Red Bull Media House, launched in 2007, serves as the advertising arm for the popular energy drink, focusing on print, TV, and digital media. Apple started its own in-house agency in 2014, from which Verizon recently hired a creative director to run its own. 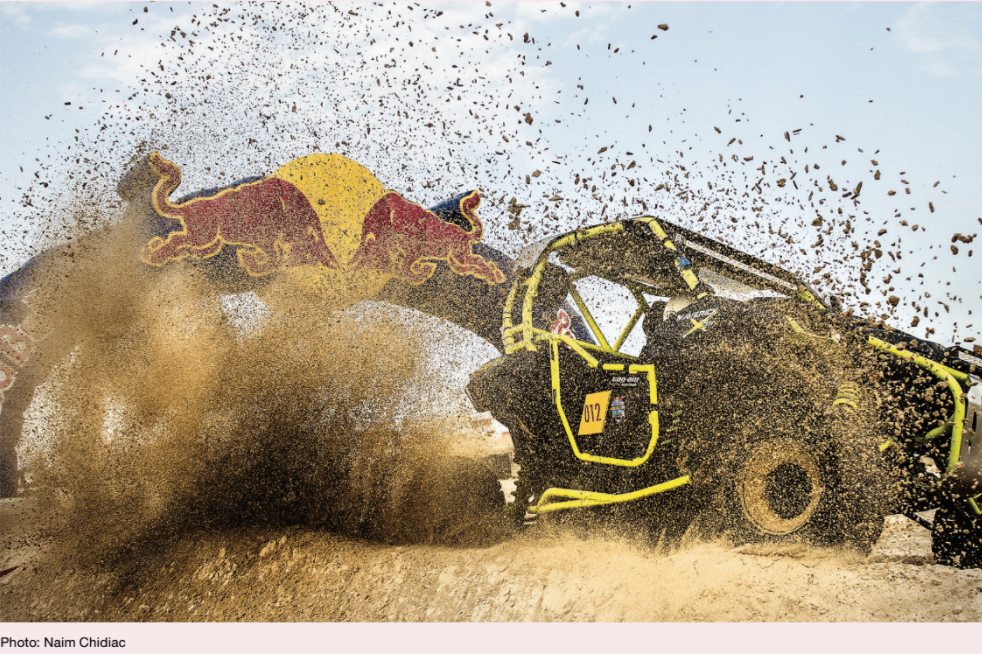 By taking back major portions of work normally handled by a roster of agencies, brands hope to significantly cut costs, boosting their bottom line while also assuming greater creative control over the messages and stories they want to deliver to their customers. The idea that no one knows a product or service better than the company creating it could be a scary one for agencies, but the jury is still out on whether brands can truly go it alone.

Innovation
Consultancies are attempting to enter the marketing-services space through a strategy of acquisition, absorbing digital agencies left and right, but their ability to integrate those services into their core business remains to be seen. Between late 2014 and mid-2016, Accenture acquired 40 marketing firms, Forbes reported, which led Advertising Age to name Accenture Interactive the largest and fastest-growing digital agency network worldwide in 2016.

That same year, IBM acquired three online ad agencies in the span of a week, and Deloitte also got in on the act, acquiring the full-service ad agency Heat.

The enormous amount of big data available to corporations is enabling new targeting methods for brands to implement and providing opportunities for tech-savvy consultancies to eat into advertisers’ revenue. Well-versed in online marketing, app development, and e-commerce, consultancies have proven their ability to meet their clients’ digital needs and are now throwing their financial weight around to compensate for their creative shortcomings.

"The changing business landscape means marketers are demanding scale and business partners that can provide IT skills across everything from data to analytics to customer service," Avi Dan, CEO of consulting firm Avidan Strategies, wrote in Forbes. These are the kinds of services that corporations typically look to big name consultancies to provide. What these consultancies may have lacked in creative capital in the past they more than make up for in financial capital that lets them not only merge with or acquire digital shops but also to poach talent from other creative agencies.

"Just doing ideation and acting as creative vendors is not enough," Dan wrote. "If you want to have an impact, you need to own the high-level business strategy." The traditional consultancy model often ends at recommendation, in the form of a PowerPoint; the ability of consultancies to execute is still in question. Owning both ideation and implementation is the major differentiator.

Some agencies have already begun to fight back. To survive a complete takeover and thrive in this evolving digital space, some are building out consultancy practices of their own. Over the past several years, R/GA has been developing its consulting capability with the goal of transforming businesses and disrupting conventional consulting along the way, already helping companies such as Siemens and ESPN enhance consumer experiences and develop growth strategies.

"Most challenges with our clients are getting to the point where they can’t be solved with advertising alone any longer," says R/GA’s Wacksman. "Their biggest challenge is with innovation. It’s not which ad to run, but what’s the right product, service, or experience for the marketplace as it exists today? The biggest step is forming a bridge from consulting to design and execution."

And the question now becomes: Can the top creative agencies do consulting better than the major consultancies do creative?

FutureVision: The future of work

FutureVision: The art of attraction

FutureVision: Designing the future of work

FutureVision: The next wave of reality

FutureVision: Navigating the realms of reality

FutureVision: watching you, watching me

FutureVision: Why we keep coming back