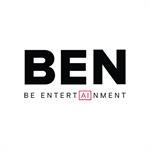 Not all brands understand or engage with gaming influencers. But they probably should. We asked brand and gaming industry experts how advertisers can work with gamers to reach vast new audiences.

“The thing about gamers is, they’re incredibly quick to smell a rat,” said Mark Bassett, head of digital partnerships at the Branded Entertainment Network (BEN). “If you want to work with them, you really have to convince them that you’re adding something that makes the gaming space better.”

Bassett was talking at the Campaign Gaming Summit earlier this month, as part of a roundtable discussion hosted in partnership with BEN, on how best to engage with gamers.

Participants discussed the benefits of – and barriers to – working with influencers in the gaming sector. Annie Harrison, head of PR, influencers and events at Benefit, talked about the challenges of motivating gamers to engage with the product. The brand has enjoyed considerable success in engaging with female gamers on the theme of empowerment – but as she admitted, they have found it trickier to build enthusiasm among the influencers with the greatest reach.

Danny Wright, communications manager at CALM, talked about partnerships the charity had tried, such as a tie-in with EA that allowed players to unlock a special CALM-branded kit. The charity has also been looking at ways in which gaming has helped people cope with mental health challenges over lockdown.

Don’t be fooled by ‘gamer’ stereotypes
“Gaming is a very broad sector,” said Bassett, responding to some of the comments on engagement. “On the one hand, the stereotype of a teenage gamer in his basement is just outdated. Now, you have whole families gaming – from grandparents right down to little kids. But that doesn’t mean you can address them all in the same way. It’s about working out who plays what titles, what gaming subcultures your particular audience belongs to, and how to address that audience in a way that is authentic and effective.”

Tara Beard-Knowland, insights manager at GSK, highlighted the difficulty some brands have with ceding creative control to gaming influencers. “You need to have a conversation with the influencer and agree parameters,” responded Bassett. “We advise against using a script. It restricts the creative scope of the influencer. And the audience will spot it a mile off. Instead give the influencer three or four talking points and a clear call to action. We ask them to come up with a creative approach. But we give them brand-specific content guidelines; for instance, whether the brand is comfortable with swearing.”

Competition among brands for top influencers
One of the biggest challenges of all is the massive demand out there, particularly for the most popular gaming influencers. “The top influencers we work with are multimillionaires,” said Bassett. “You can’t simply reach out to them and expect that they’ll be happy to plug your product. We look for a good fit between the client and the brand. We also tend to start brands off quite small: perhaps come up with a few ideas, test them, see how they work; see if the brand and the influencer are comfortable with each other. And then move on to a broader engagement.”

Gaming influencers moving brand metrics
Nurture the right relationships, however, and the payoffs can be significant. “We recently worked with a technology company that had always been fairly conservative in its marketing,” said Bassett. “But recently, they had noticed that their TV spots simply weren’t bringing in the same returns as before. It was quite an odd one, because the products themselves weren’t associated with gaming. Nevertheless, we got gaming influencers to demo the products live on-stream. We even got them to read out the product specs. And it was a fantastic success, with a much better response than the old TV spots. That company is now committed to marketing with gaming influencers.”