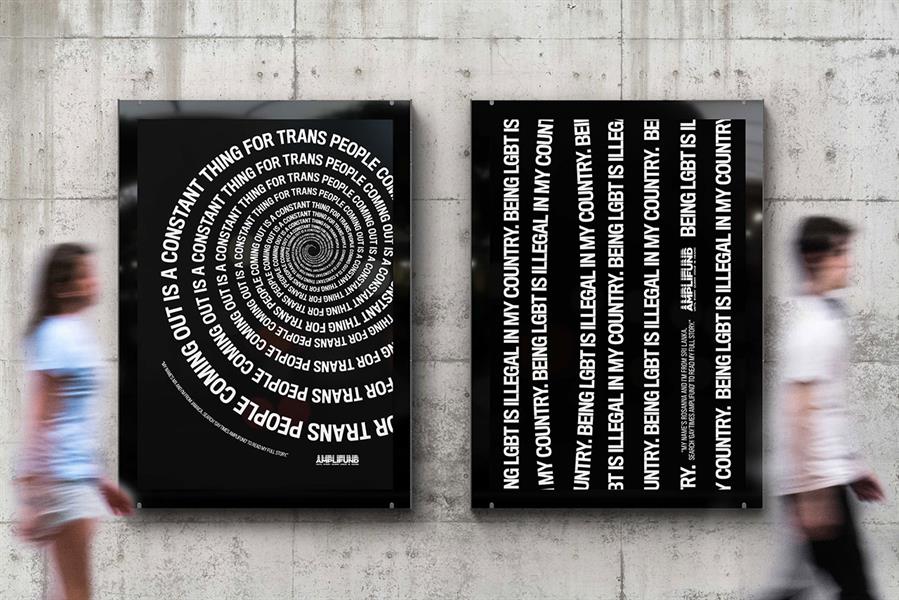 Gay Times' charity Amplifund has launched a campaign that aims to quash misconceptions about the LGBT+ community in more challenging global environments.

The ads use the experiences of real LGBT+ people to challenge how being queer is percieved in countries such as Jamaica, Iraq and Armenia. One striking black-and-white graphic reads "I felt like I was meeting myself for the first time I realised I was asexual", while another declares "Being LGBT+ is illegal in my country".

The work was written by Emma Thomas and art directed by Ryan Delaney.

Lavazza "Sip of joy" by Wavemaker Content and 4Sales