Work was created by Grey London.

Gay Times’ charity Amplifund has launched a campaign that aims to quash misconceptions about the LGBT+ community in more challenging global environments.

Created by Grey London, “It can happen, it does happen, it will happen” uses the experiences of real LGBT+ people to challenge how being queer is percieved in countries such as Jamaica, Iraq and Armenia.

One striking black-and-white graphic reads “I felt like I was meeting myself for the first time I realised I was asexual”, while another declares “Being LGBT+ is illegal in my country”.

The campaign is running across all Gay Times platforms alongside outdoor and print activity, and will run in the magazine for the next three months.

It was written by Emma Thomas and art directed by Ryan Delaney. Media was handled by MediaCom. 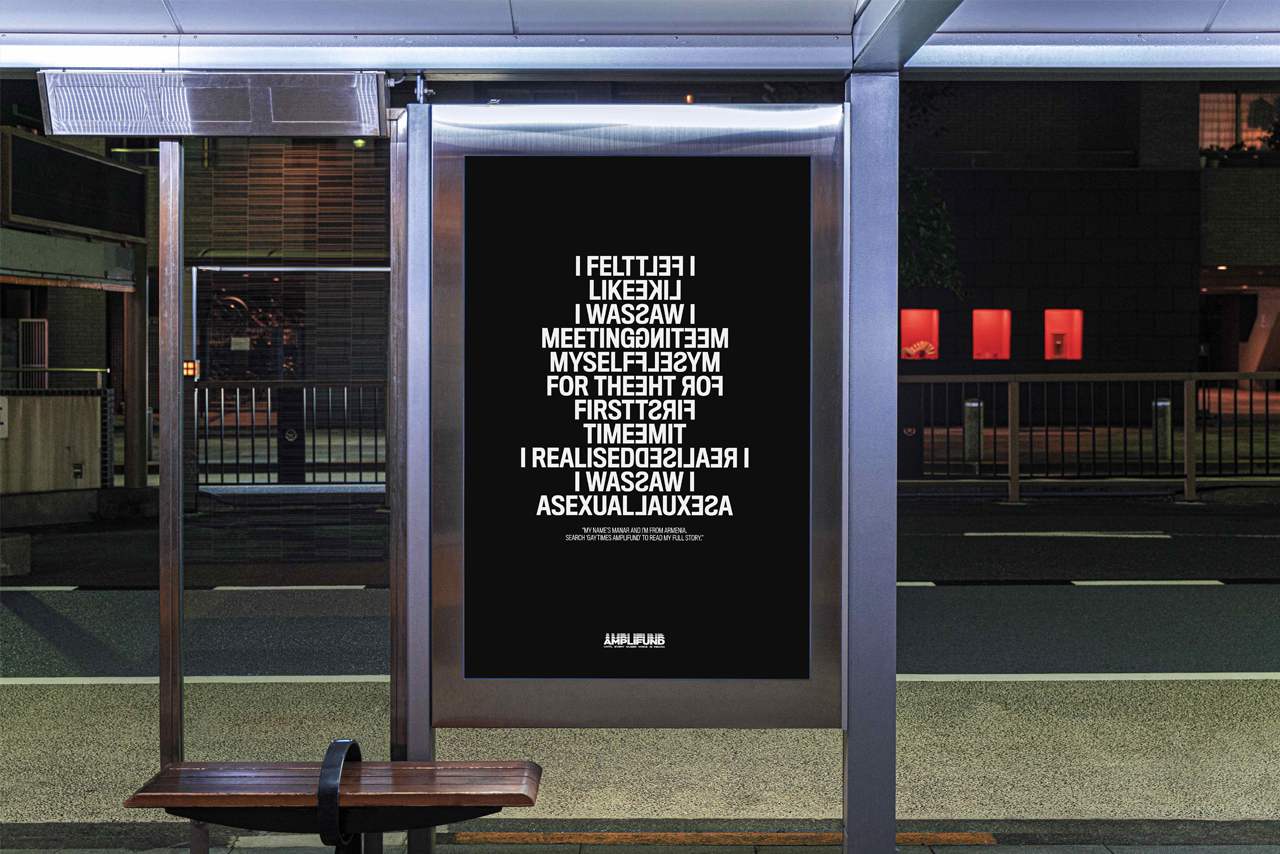 “The campaign’s premise arose from insights drawn from our launch, where we knew we had to continue to challenge the perceptions of LGBTQ+ experiences in global environments,” Tag Warner, chief executive of Gay Times, said.

“So often, our LGBT+ partners supported and funded by Amplifund speak to us about how communications from charitable campaigns out of the UK can be patronising or inaccurate.”

Warner – who was appointed CEO chief executive last year following what the brand referred to as a "seismic shift" in the media landscape – continued: “This campaign developed with Grey London challenges this frustrating narrative by affirming many progressive LGBT+ experiences do happen – even if they are more often challenging than our own.”

The campaign also encourages LGBT+ people across the UK to support fellow community members further afield in their struggle against descrimination and persecution.

Thomas and Delaney said: “With everything going on during the past few months, it feels like the right time to challenge people’s unconscious bias and encourage them to educate themselves about other people’s perspectives, helping to make the world a more empathetic place.”

Earlier this year, Gay Times launched a digital #Undistanced festival as a safe space to support LGBT+ people across the globe during the coronavirus pandemic.