George at Asda has struck ad gold after its back to school spot received radio air time, with Nick Grimshaw calling it "an advert with a difference" as he played the original grime track on BBC Radio 1.

"Arrive like you mean it" by Impero features a squad of lively school children performing a grime song about the empowering return to education, all while dressed in their great value George at Asda garms.

Impero was selected for the project following a competitive pitch, with the plan to deliver an ad filled with confidence. After a challenging 18 months for school kids, Claudia Solano, George at Asda's head of creative, felt that the return to school in September 2021 needed to be marked.

She said: "Kids are missing school, they're missing their friends. They're missing certain subjects, and homeschooling was getting a bit tiresome. We knew [back to school] was going to be a big moment. From a brand point of view, George is number one for back to school. When we were briefing this out to the agencies, we wanted to know: how do we show that confidence from a branding point of view and capture what's going on with the kids?"

"Arrive like you mean it" paints the picture that the return to school is the start of a new chapter in these youngsters' lives, Impero founder Michael Scantlebury said.

"We thought, let's have them burst through those gates from nine o'clock that morning and have them be the most confident kids," he added.

"We thought this back to school is almost like the 'back to school' to the rest of their lives, because hopefully Covid’s over, and hopefully now we can go create the future that these kids will create for us all, which will be better and more exciting for us all. And it linked really nicely to what George is doing around its sustainability message."

Rather than break character with the ring of a school bell, the creative team valued the importance of owning the narrative and staying in the kids' world, Alastair Mills, creative director at Impero said.

"We all agreed that we should play it straight, that it shouldn't be cheesy, that we shouldn't kind of have a record scratch moment," Mills said. "It would be 30 seconds of pure confidence, attitude and swagger. It was like any other drill video, but with kids, in school uniform, talking a bit about sustainability."

Key to the viral consumption of the spot is the original track, which was written and produced by Impero and producer KZ, who has worked with artists including Emeli Sandé and Professor Green. The team was flexible when it came to the children's abilities and made changes to the lyrics dependent on how things sounded on set. After hearing the track playing numerous times on set, and observing the cast and crew singing along, it was clear that the song was very catchy.

The aim was to capture crisp delivery that was full of spirit and in keeping with the grime rhythms. Impero's efforts were noticed by Twitter commentators with one saying, "this is spot on, the flows, the beat - fairplay to them". 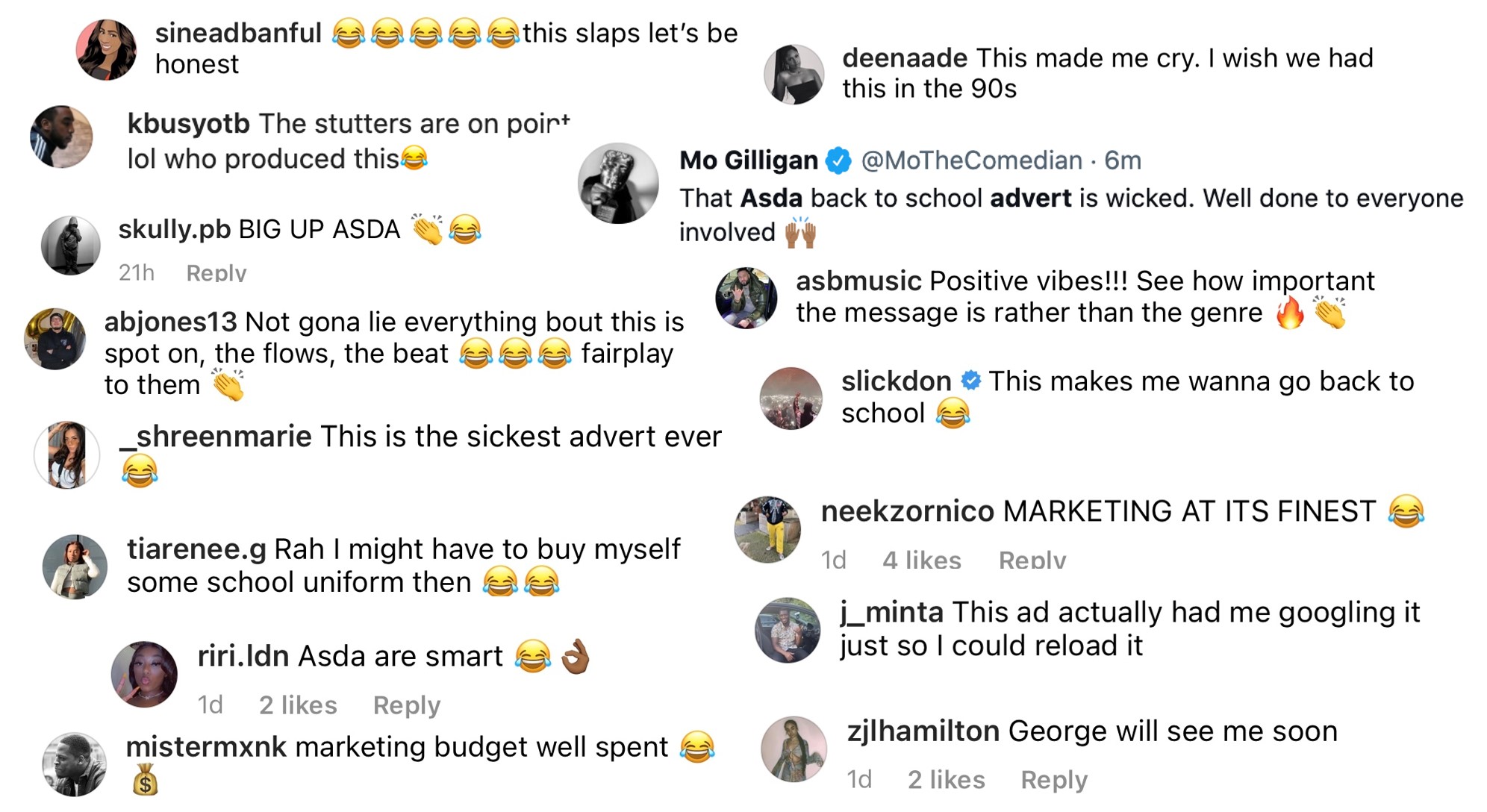 From the start George aimed to deliver an ad that went beyond what is expected of the category. The brand wanted a collaborative approach with the agency. It hosted an open casting with Selma Nicholls, founder of Looks Like Me Casting, and was dedicated to finding the right people. This attitude extended to hiring music video director Ato Yankey to direct his first TV ad.

Aisha Jakura, head of brand George at Asda, said: "We're really keen on breaking the traditional agency-client conventions. The success of this has validated our approach. Not one size fits all and it's about finding the right people for the right job. We don't want to pay lip service to collaboration, we are serious about that. We hope this signals that."

A view from Dave Trott: How to build a brand without advertising

Why John Cleese thinks play is the key to creativity