A green, six-metre-tall version of PG Tips' monkey mascot sailed down the Thames this morning to promote a forthcoming report from the tea brand.

The statue, made out of a total of 110,486 plastic leaves and as tall as a two-storey building, set off from Tilbury Dock in Essex at 4.30am. It passed Tower Bridge at 8am and will spend lunchtime in the centre of London before returning to Tilbury at 3pm.

The stunt, created by PR agency W, is aiming to raise awareness of a 'green paper' report to be published by PG tips to promote its green tea project, which will detail how it has "identified the presence of green, from workspaces to living room walls, as having a direct impact on boosting positivity and productivity due to the primal association with nature and open spaces", a press note said.

Last month, rap star Professor Green announced he was changing his name to Professor Green Tea as part of a partnership with the brand – although this was an April Fools' Day stunt. 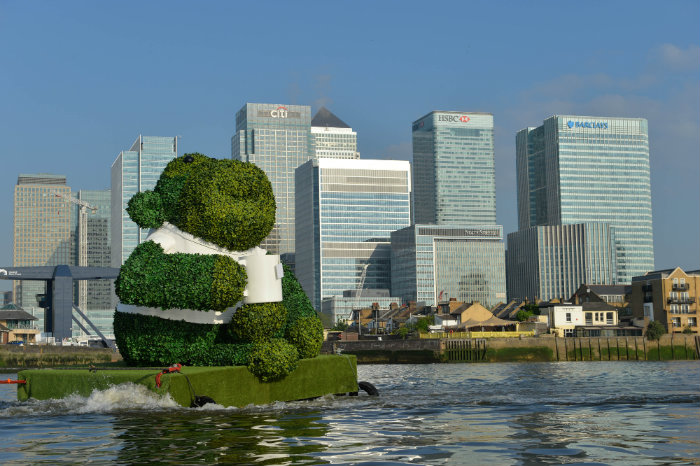 The brand has been sharing footage and images from the monkey's trip down the Thames on its social media channels.

This article was first published on prweek.com.

Unilever's PG Tips slapped on the wrist over loyalty scheme