GoCompare.com's TV ad, which saw the dramatic return of opera singer brand mascot Gio Compario, has been banned over a "misleading" claim.

Confused.com, a rival of the price comparison site, complained to the Advertising Standards Authority after the spot aired on television in July.

The ad, created by Chris and Siân Wilkins, featured a voiceover saying, "Tonight, back by popular demand, the man who has enriched the lives of millions", before Compario appeared on a stage.

Confused.com challenged the claims made in the TV ad, including that "over 40 million customers" were served by GoCompare.com.

There was a second complaint about the campaign’s accompanying poster ad, which claimed that "3/4 billion had been saved". Confused.com complained that it was misleading because it could mean ‘between three and four billion’ or ‘three quarters of a billion’. 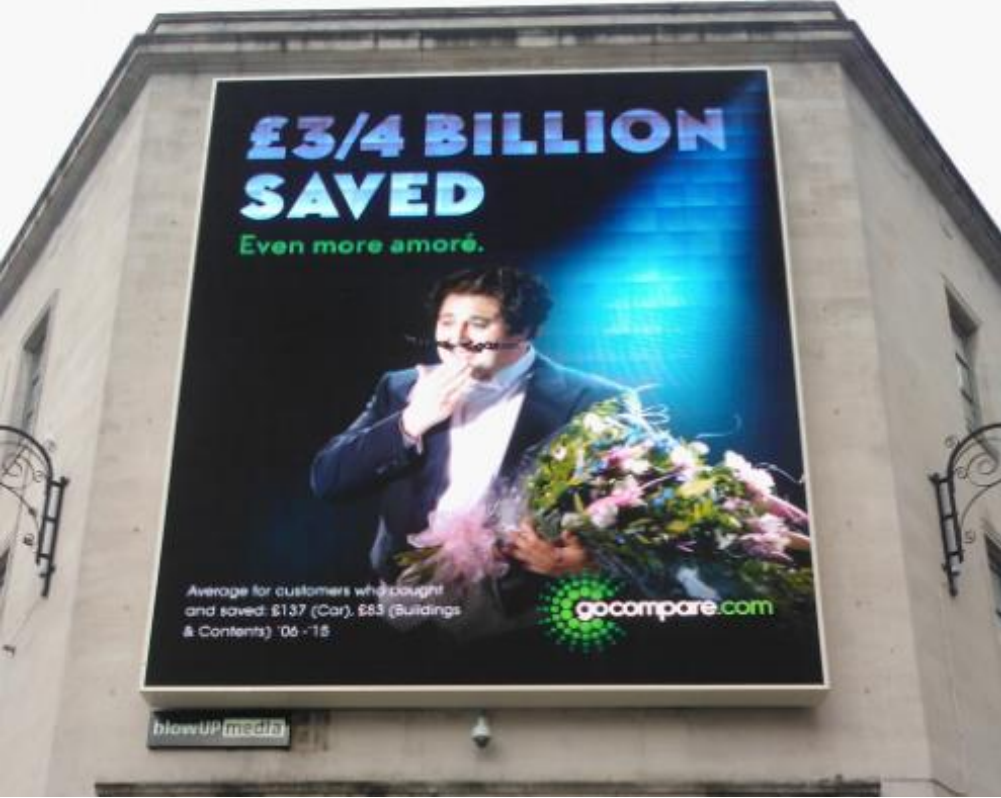 When contacted by the ASA, GoCompare.com said the line about customers referred to the number of distinct and valid customers who used its service to obtain a quote between November 2006 and March 2015.

With regard to the amount of money saved by customers, the company said thay had meant to clearly refer to three-quarters of a billion pounds (sterling) and that a fraction was the easiest way to convey that number to consumers.

The ASA threw out the complaint about the poster ad and agreed with GoCompare.com that consumers were unlikely to interpret "3/4 billion" as ‘three to four billion pounds’.

But the watchdog did uphold the complaint about the TV ad’s claim of GoCompare.com serving over 40 million customers, because it could have included duplicate accounts.

The ads may not appear again on TV or online in their current form.

The ASA said: "We told GoCompare.com Ltd not to repeat the claim ‘over 40 million customers’ and to ensure that future claims about customer numbers were based on a robust methodology that adequately took into account the possibility of duplicate accounts."

Turkey of the week: GoCompare.com "Airborne" by in-house