Editor-in-chief Deborah Joseph talks to Campaign about the challenges along the way as the title approaches is 20th birthday in the UK.

Instead of the usual congratulations and excitement that comes with taking on a new role, especially at one of the UK's leading women's magazines, Glamour's editor-in-chief, Deborah Joseph, was met with confusion and questions around why she took on the role almost three years ago. "It was definitely a tough start," she says.

Joseph was replacing long-standing editor Jo Elvin soon after it was announced that Glamour was dropping its glossy monthly print product in favour of a bi-annual frequency and a focus on digital.

For a title that, in its heyday, was attracting a paid-for circulation of 600,000, according to ABC figures, Glamour's reach had fallen to just under 250,000 between January and June 2017.

So publisher Condé Nast had to revamp the whole product because it was no longer profitable. Glamour was competing for celebrity news with nationals such as the MailOnline, Joseph explains.

The title that launched in 2001 with the tagline "Fits your life as well as your handbag" had to change, as audiences turned away from print and towards their phones.

Joseph explains that the research that Condé Nast carried out found that its millennial and Gen Z audience was consuming content predominantly through their phones – particularly on Instagram and Facebook.

For Joseph (pictured below) this was a turnaround job that she saw as a new challenge, having spent the previous four years working with brands such as Tui, Peanut and Jenny Packham to assist with their move into digital and social media. 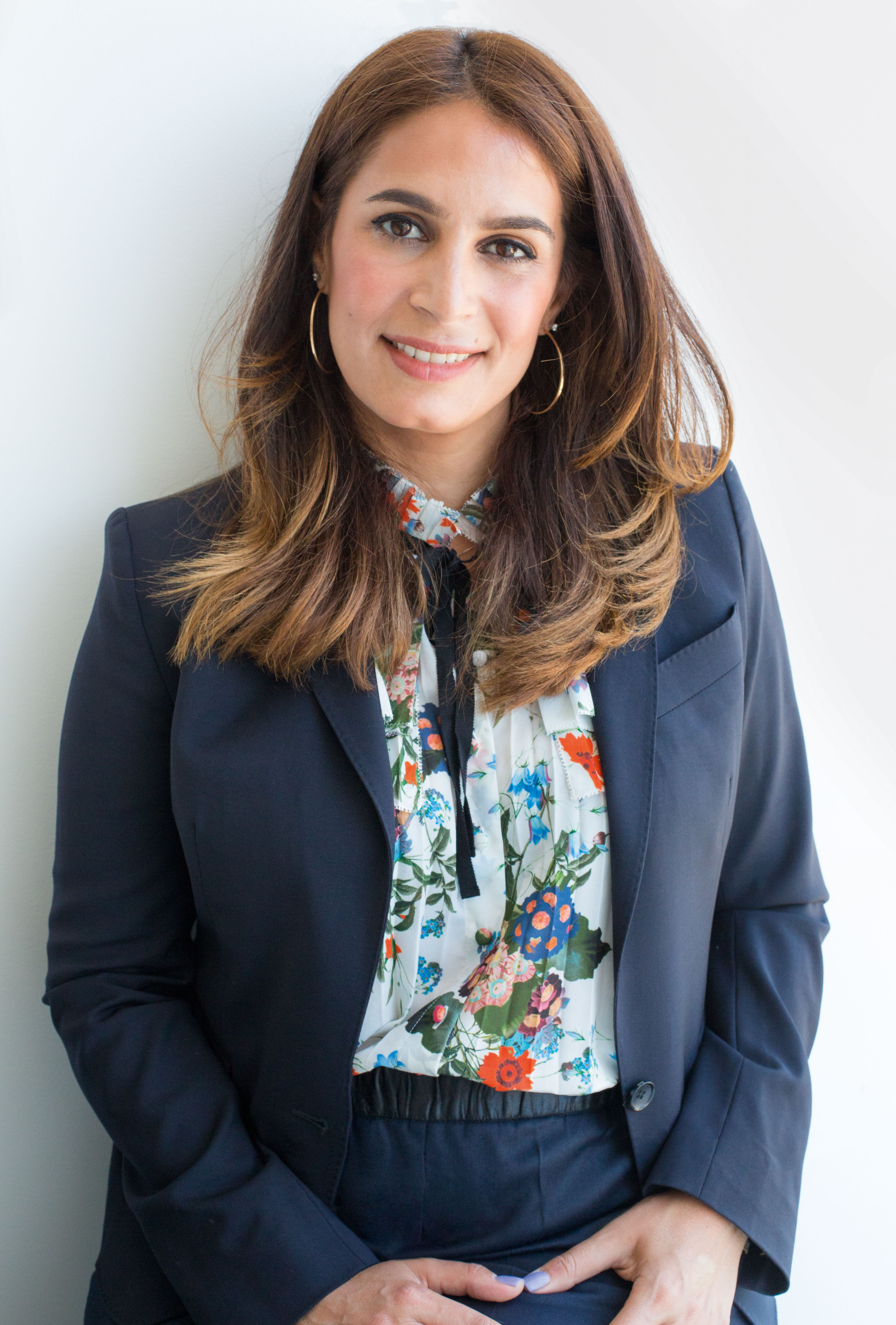 She says that going back to Glamour – she began her career on the title as an associate editor in 2000 and later became editor of sister titles Brides and Easy Living – felt like working on a start-up.

The move wasn't easy, especially as Joseph and her publisher had their work cut out in convincing some advertisers that the future was digital. She recalls that one of Glamour's biggest commercial partners today was at first unconvinced that the digital strategy was the future.

The advertisers weren't the only ones who disregarded Glamour at first. Joseph remembers one of her team calling a fashion brand asking to borrow some accessories for a shoot only to be told that they thought that the title no longer existed.

But Joseph and the team persevered. In came a new look for the website and the print product, along with a new digital team (the print writers work on a freelance basis). The biannual magazine turned to matte paper and was positioned as a coffee-table staple that can be read over the course of six months.

Online, the focus shifted to beauty – something that Condé Nast's research found was what its audience was interested in and an area that its rivals weren't capitalising on. Just typing in "beauty" into Instagram or YouTube's search bar will show the copious amounts of associated tutorials and posts in which people are interested.

Today, Glamour has themes for its Instagram Stories (it has 507,000 followers on the platform) every day, from information on the latest fashion and beauty products to talks and interviews around wellness. Joseph is often found hosting one of these chats or on her own Instagram page, showing her 6,000 followers how she's managed to replicate a blow-dry at home, for example. 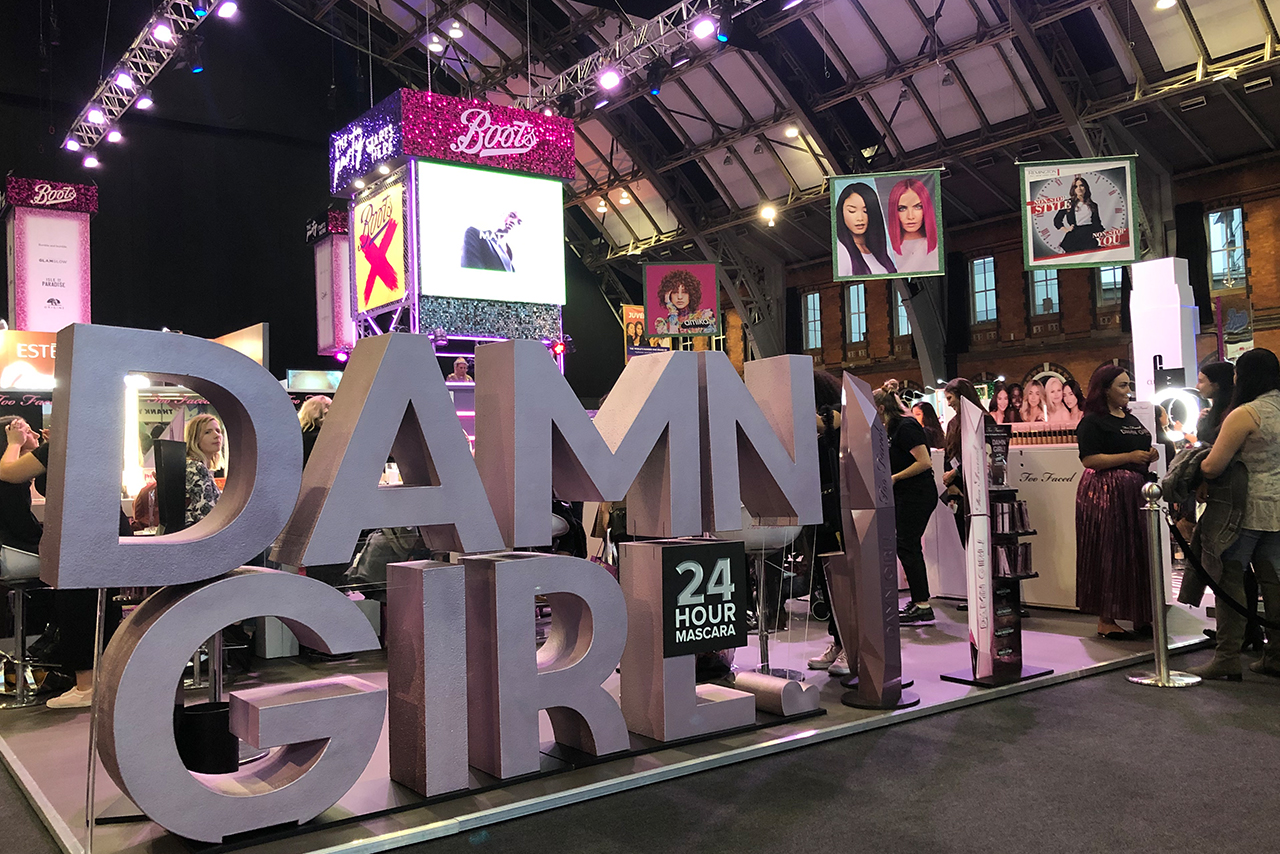 She has also expanded Glamour's annual beauty festival (pictured above) outside London to Manchester to reach a wider audience. Last year's events had about 5,000 visitors overall, as well as a major partnership with Boots.

Then there's the Glamour Beauty Club, which relaunched last year and gives readers a chance to try the latest samples from the magazine's brand partners. In return, the title asks for their details (everything from beauty routines to fitness regimes) and feedback on the products for the brands.

According to Joseph, the club has the largest beauty community in the UK and the 100,000 members have a total annual spend of £135.3m across five beauty categories (skincare, haircare, fragrance, make-up and wellness). The magazine's UK audience has a total annual beauty spend of more than £1.5bn.

This focus on beauty is not to say that fashion isn't important to Glamour. Joseph says that the title's other pillars are female empowerment and money.

On the advertising side, publishing director Camilla Newman brought the editorial and commercial teams closer when working on campaigns. It means that ideas for advertiser campaigns are generated by the editorial team.

"I would never pitch an idea to the commercial team that we wouldn't want to run on Glamour," she says. "So it never feels like a separate piece of content. It always feels absolutely at home and on brand, and I think a lot of brands like that."

This approach has seen the team partner with Now Pensions for Glamour's Money Matters launch and, as of last month, with Boots around Halloween make-up looks. 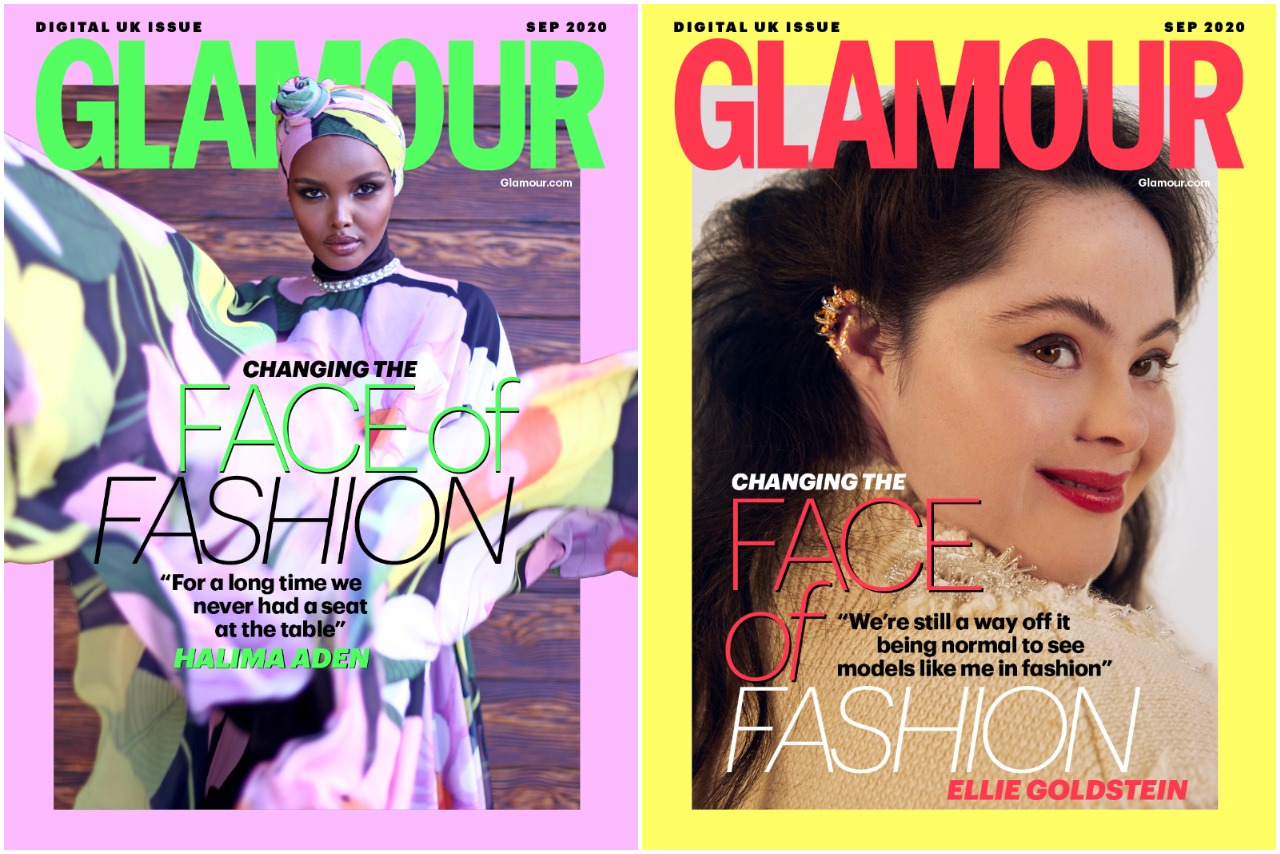 Glamour's digital strategy is clearly a success story, as Charlotte Taylor, senior group trading director at Spark Foundry UK, explains. The title's audience has grown by 40% year on year to 1.4 million, according to the latest data from ComScore.

"Similarly [to] other magazine brands, Glamour isn't just a magazine," she says. "It's a huge brand that's evolved and had great success over the years in events, brands partnerships and sampling, with the likes of their own Beauty Club. This is what makes the brand so appealing to advertisers."

She adds that a digital-first strategy is "even more prevalent" in today's world where people are having to stay in more because of Covid-19.

"It's no surprise in this market that having a strong digital strategy is the key to success," Taylor explains. "Digital advertising now accounts for 70% of all UK media spend (eMarketer: June 2020), therefore all traditional print publishers must continue to evolve and thrive here to ensure that they are key players in this space and to be considered in brand's digital campaigns and strategies."

However, as always, there are challenges. For Glamour, the focus on digital and having only two print issues a year meant that there was no longer a PR buzz around the front cover every month.

So the team came up with the idea of a digital front cover every month. "We started sending mobile phones to celebrities in Los Angeles to ask them to take pictures of themselves and we were shocked at how much they loved it because they didn't have to commit to a day of shooting," Joseph says. 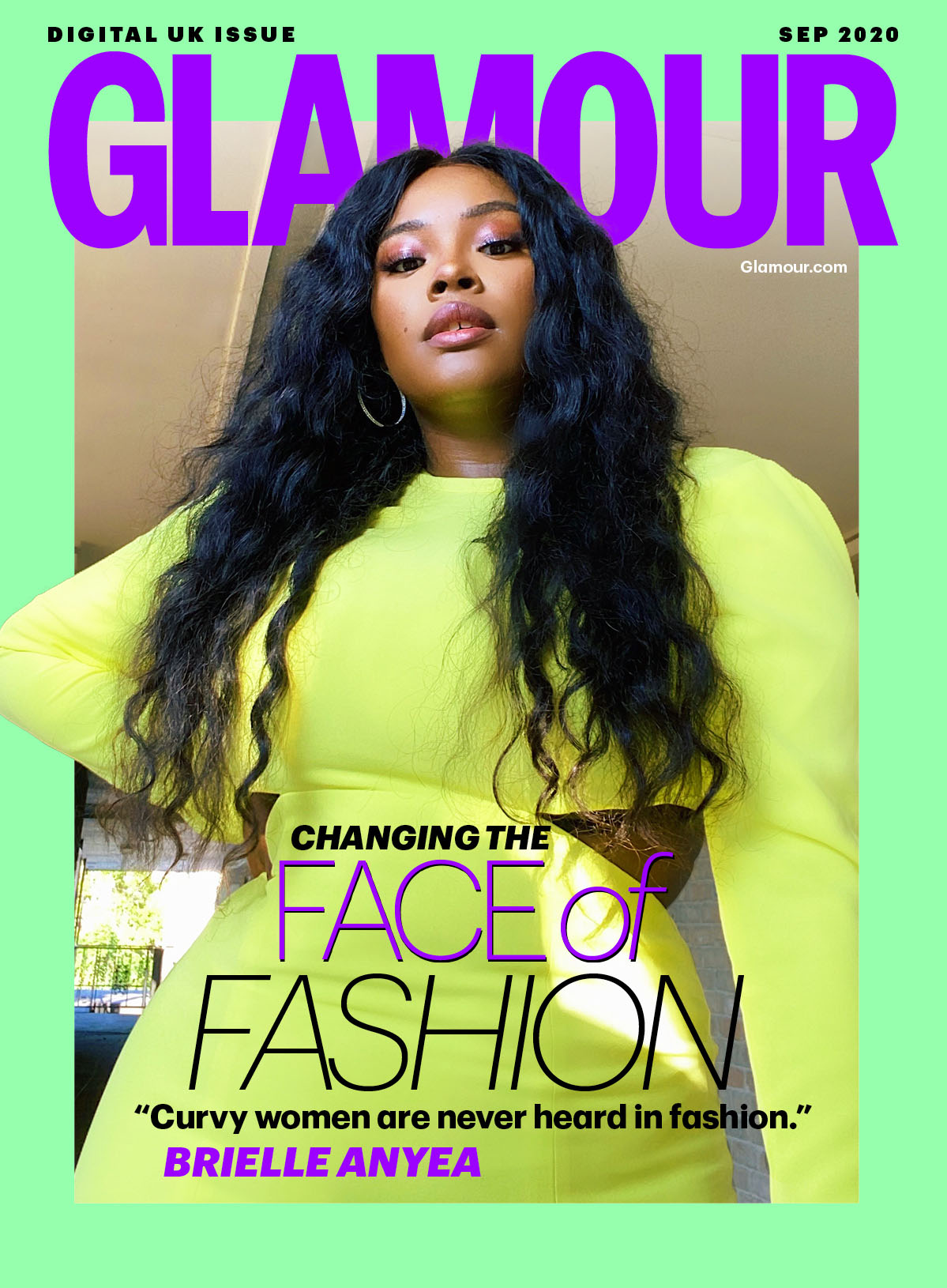 The celebrities (including Ellie Goldstein, Brielle Anyea and Halima Aden) can organise their own hair and make-up and then send over the images that they're happy with. These are then published alongside an article on them, with the most recent ones done over Zoom.

Joseph – who is also speaking to Campaign via video call, from her living room in Finchley, North London, at the height of the coronavirus pandemic – says that this now helps to get that excitement back around a cover star every month.

As other print titles such as Stylist rush to change their distribution models and reassess how they reach audiences in the current Covid-19 times, Glamour seems to be riding the wave with its digital-first strategy firmly in place.

Cosmopolitan eyes 'evolution, not revolution' as it develops digital offer

Boots appeals to broader audience via partnership with Glamour