Nike, PepsiCo and Marni are among the brands unveiling concept stores at Milan Design Week 2016, which kicks off today (12 April) and runs through until Sunday (17 April).

The annual event has attracted a number of brands outside of the furniture world, who are looking to create memorable immersive experiences for attendees. 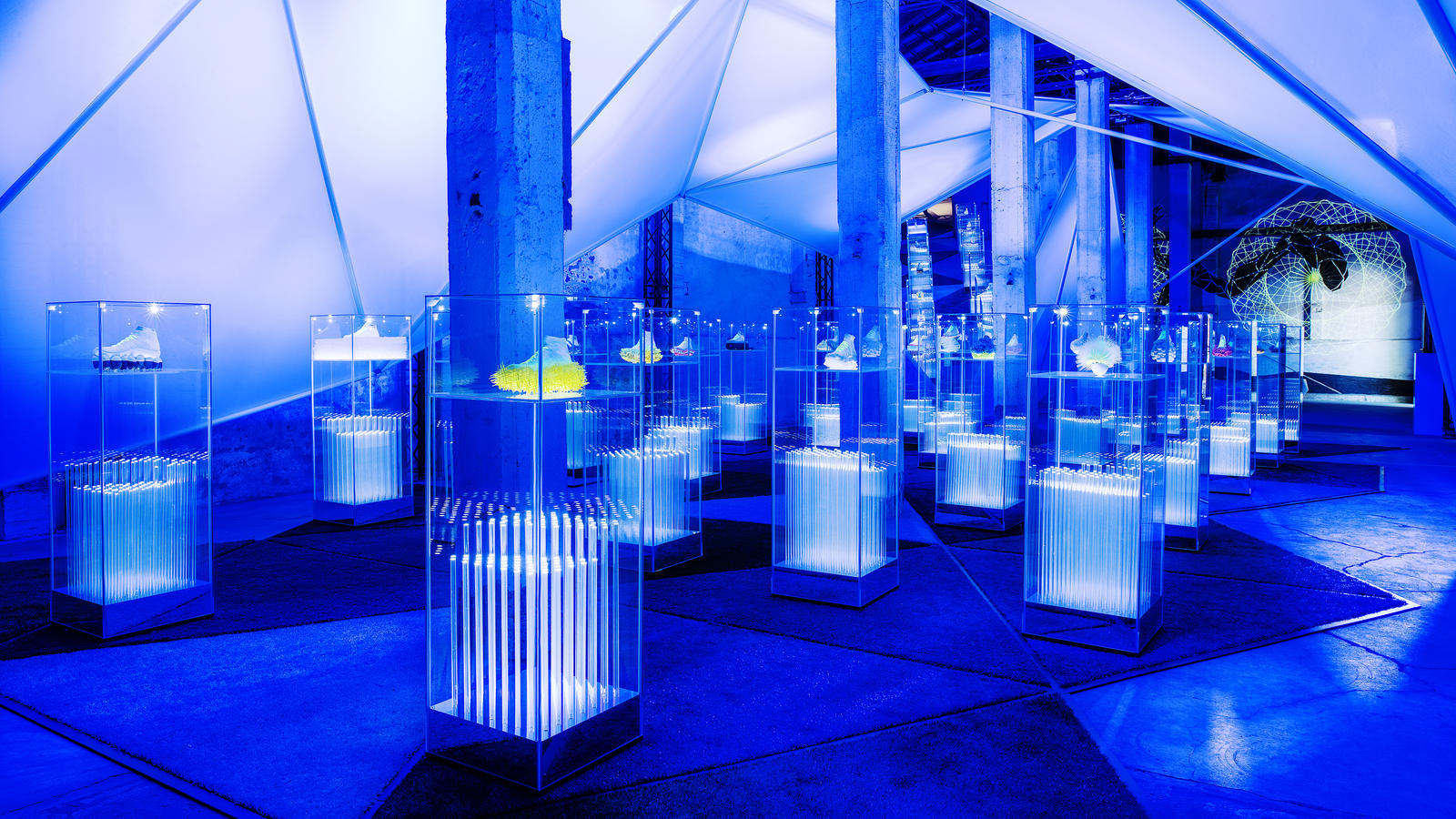 Ahead of Milan Design Week, Nike gave 10 of its top designers a pair of Flyknit Superfly trainers and asked them to create something that explored the sensation of running.

The final objects – which are adapted with a variety of materials including hair rollers, brushes and pebbles – are pieces of shoe art that will be on display at its exhibition, The Nature of Motion.

Besides the shoes, the exhibition contains other abstract concept art around the theme of 'natural motion'.

Within walls made of white shoe box 'bricks', visitors can explore work from 10 contemporary designers including Lindsey Adelman, Max Lamb and Sebastian Wrong.

There is also a history of the brand's different shoes – and the motion technology behind them – presented as a museum exhibit. Nike's latest shoe, the NikeLab Free RN Motion Flyknit, will also be on display. 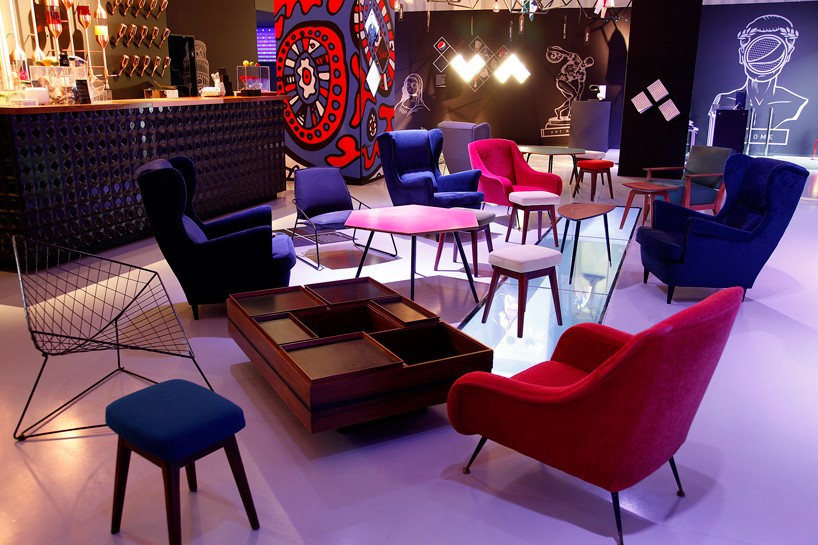 In collaboration with Design Group Italia, food and drinks giant PepsiCo has created a vast installation area, Mix It Up, which celebrates pop culture in its various forms.

At its Fizz Bar, a digital fountain will dispense drinks which can be customised with flavour shots, garnishes and foams. The bar itself – which is complete with bubbles, smoke and lights – will change its appearance over the course of the day.

Several designers are also involved, with the space showcasing the Pepsi x Jeremy Scott fashion range, including a pair of emoji-inspired glasses. Karim Rashid's bar ware for the brand's aluminium Prestige bottle will also be on show.

Other highlights include its Chinese New Year-themed monkey photobooth, a solar-powered vending cart and its Tea House Café, where attendees can sip on its Lipton products. 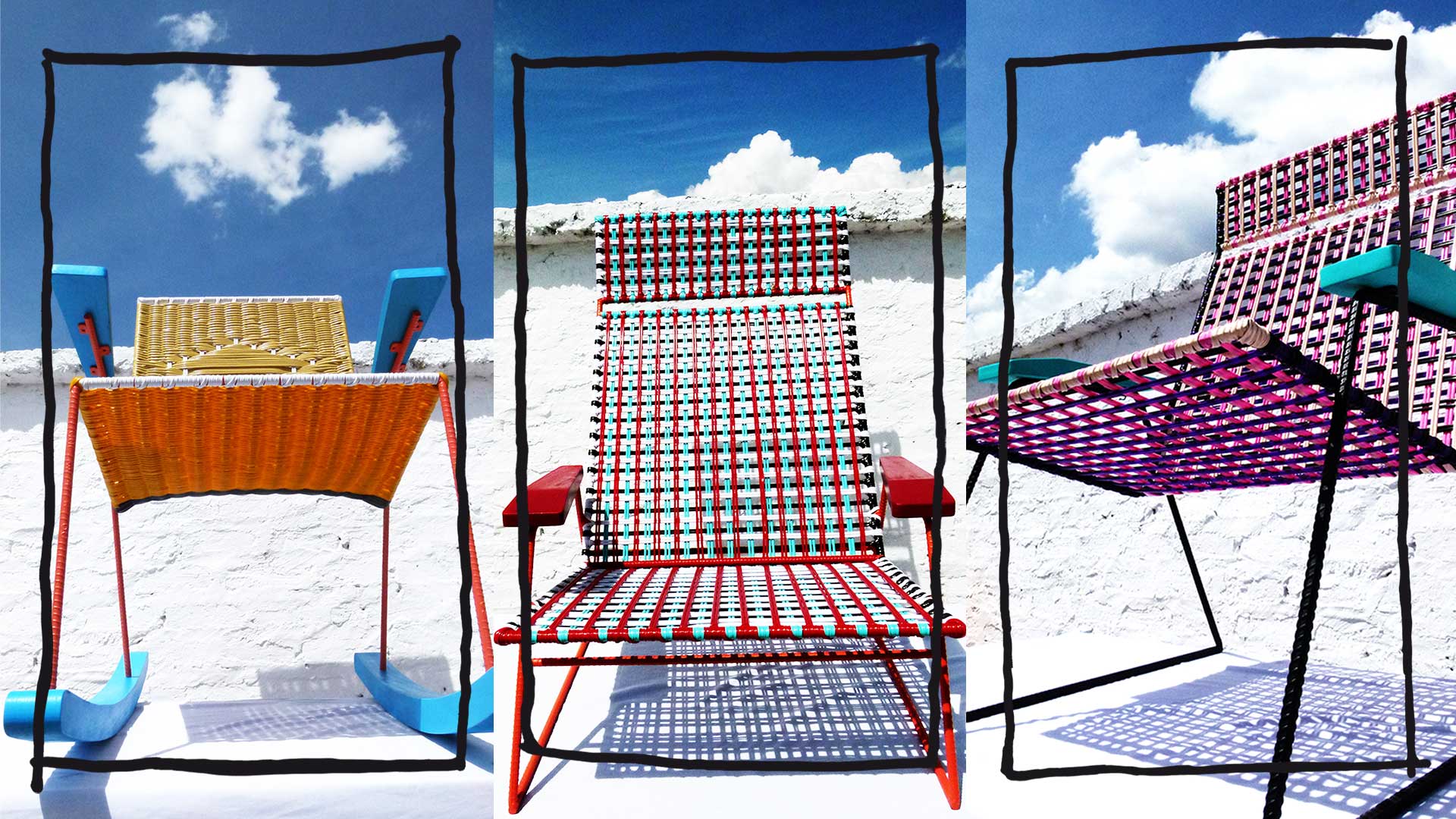 Inside its Milan store, luxury fashion brand Marni has created its very own ballroom, Marni Ballhaus, as an homage to Columbia and its traditional style of dance, Cumbia.

From 14-16 April, the space will see performances from Cumbia masters who will also teach visitors the basics of the dance. They will be able to try on its traditional garb, which include long flowing skirts for women and neck scarves for men.

Marni is also releasing a line of Columbian-inspired furniture for the design festival. The brightly-coloured range – made of PVC cord wrapped around metal frames – has been handcrafted by women in the country.

A portion of the event's proceeds will go to children’s charity the Vimala Association. Marni's range of Cumbia-style skirts will also be available to buy at the space.

Other brands at the festival include:

Milan Design Week, which is now in its 55th year, draws the international design community together for a week of talks and exhibitions. This year around 1,300 exhibitors are expected to showcase their wares.