Google has been at the centre of several brand safety controversies in recent years, such as when major advertisers’ YouTube spots were inadvertently placed against terror videos, or videos that exploit children.

Harris said: "I'm not going to sugar coat it, because it was very difficult. And I felt that with a number of our advertisers we had, we had broken trust, and with Facebook, and our business with our consumers, as well as with our advertising partners, is based on trust. You know, everybody is only a click away. And if we don't get that equation right, and then get that relationship right, people will move." 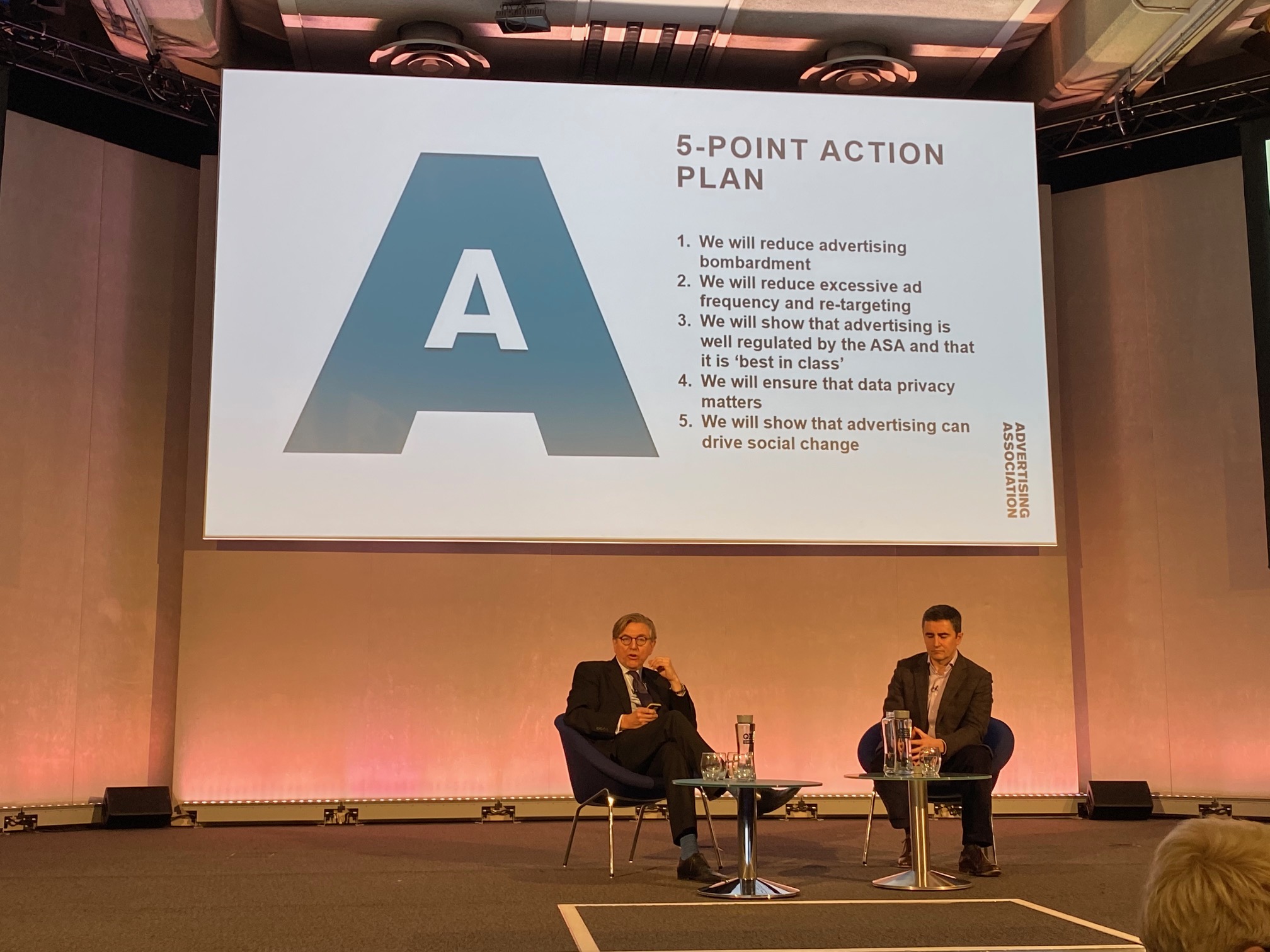 In response, Harris said Google "took stock of what was going on", and told Weed how he personally undertook a series of meetings with advertisers and other stakeholders.

"I sat in rooms and listened to what was going on; I apologised for the stuff that we had gotten wrong. And I committed to coming back and explaining to people what changes we were making and how we were going to address it."

Google's vice-president and managing director for UK & Ireland added that the company had made "great progress" since then, such as developing technology to move at a much greater rate and much greater level of accuracy to root our content that "shouldn't be on the platform".

"We have mechanisms in place now to reduce content that may not be illegal or violate our policies but what is marginal," he said. "And we are doing more to raise the awareness of the more authoritative voices and authoritative content. We're making sure that people can get rewarded on the platform."

Weed, who has marked his tenure as Advertising Association president by calling out the rise of bombardment in online advertising, pressed Harris on what Google, the world’s biggest advertising company by revenue, was doing to stop consumers being deluged with ads via targeting methods.

"This is where I think the question of data comes in," Harris said. "So as advertisers get more sophisticated with their data, they're going to understand more about their consumers and they are going to be able to manage more accurately.... We're building tools that will allow people to control this across our platforms."

Weed remarked that the industry had still not got its mind around "the new rules of engagement" on how intrusive advertising can be on mobile, an intimate media environment compared with traditional advertising channels like television, radio and outdoor. The former Unilever chief marketing and communications officer reminded the conference that consumers were seeing three hours more content a day thanks to the ubiquity of smartphones.

Reducing "excessive ad frequency and retargeting" is one of the Advertising Association’s five action plan points, along with reducing advertising bombardment, and ensuring that data privacy "matters".

Less is more when it comes to online advertising, research suggests

YouTube announces measures to earn back trust from advertisers and agencies

YouTube under fire again, this time for videos that 'exploit' children