Google's Nishma Robb admitted that the tech giant would never be able to ensure its video platform was entirely safe at the ISBA conference in London yesterday. Campaign rounds up the highlights.

Despite YouTube ramping up its efforts to tackle extremist and predatory content and behaviour, the nature of the platform means it will never be entirely safe, Google UK ads marketing director Nishma Robb admitted.

"As a parent, as a marketer, as a user of the platform – we put the user first and their safety is the number one thing," Robb said. "The events recently around predatory comments is something we’ve moved very swiftly to take action on."

Robb said in the case of extremist content, YouTube’s machine learning was now able to identify 98% of this and block it before it is seen by a single viewer.

"We will continue to use machine learning and we will continue to use human verification," she said. "But the reality is the internet has dark pockets. Our job is to continue to work to ensure we have the machines and the processes to do that, but most importantly to work with people like the police, charities, NGOs to be able to understand the trends of those bad actors and the things that they’re doing.

Media agencies that pursue transparency because they believe it will help them win more business will find themselves disappointed, Jenny Biggam, co-founder of The7stars, said in a panel discussion on sustainable relationships between advertisers and media agencies.

"I genuinely don’t think it does or it can help you win more business," she said – pointing out it was possible for an agency to be "transparently crap".

"What we’re trying to achieve is much more fundamental than that. It doesn’t help to win a pitch, but it does help with better long-term relationships with clients, and it helps enormously with people in the agency. Media planners and traders want to work that way, and it’s a very client-centric way of working." 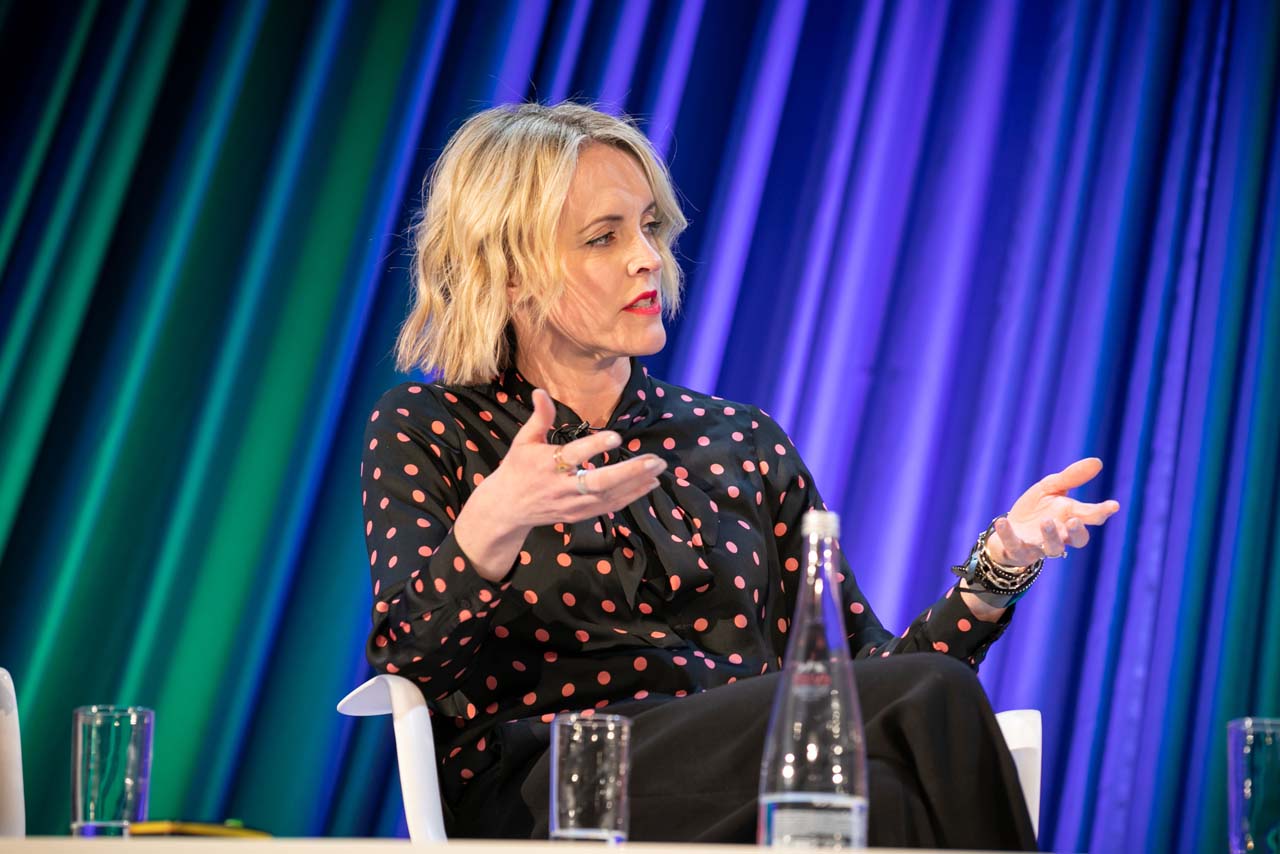 Despite having strong diversity policies in place with regards to its own people, Direct Line Group had a problem, brand director Kerry Chilvers said: "About a year ago I realised that really wasn’t matched in the diversity in our communications – nor did they reflect the diversity of our customer base. It wasn’t deliberate – it was the old unconscious bias."

The past year had been "about our journey to fixing that", she said. "We’re absolutely not there, but there’s a few things I’ve done that are starting to make a difference."

This started with talking to other brands that were doing better, Chilvers said, such as Nationwide, which has featured an extremely diverse array of people across its "Voices" campaign by VCCP. She then carried out an audit of the company’s comms, the results of which were "quite stark".

"The next thing was to start talking about it a bit more loudly," she continued. "It’s amazing how having it front of mind just makes a difference, when talking to your agencies for example."

The UK government moved beyond a media agency model based on cost in last year’s review by using evaluation criteria that were 90% quality and only 10% cost, Tracy Clark – head of procurement, marketing and communications for the government, said.

The £140m media-buying account was won by Manning Gottlieb OMD, which beat the incumbent, Carat. The previous contract had been "set in a context of austerity", Clark said, resulting in it being "very price-led, procurement-led activity. That was our previous environment.

"That led us to outcomes that neither marketing nor procurement were very happy with." So in the latest review, "what we were very clear about is you could not win the pitch solely based on price".

Paul Knight, chief executive of OmniGov, the unit in Manning Gottlieb OMD handling the government account, said the review process had been "very fair and formal" with the criteria "clear from day one".

Knight said OmniGov’s objectives included "maximising value for the UK taxpayer – not just in price and quality, but also aligning media to outcomes, and the most important KPIs across government".

Since the account transitioned in November – which saw 45 active campaigns transfer with immediate effect – Knight said government comms had seen successes including a record number of HMRC self-assessments submitted online on time, the Armed Forces hitting recruitment targets ahead of plan, and Public Health England enjoying an improved campaign performance. 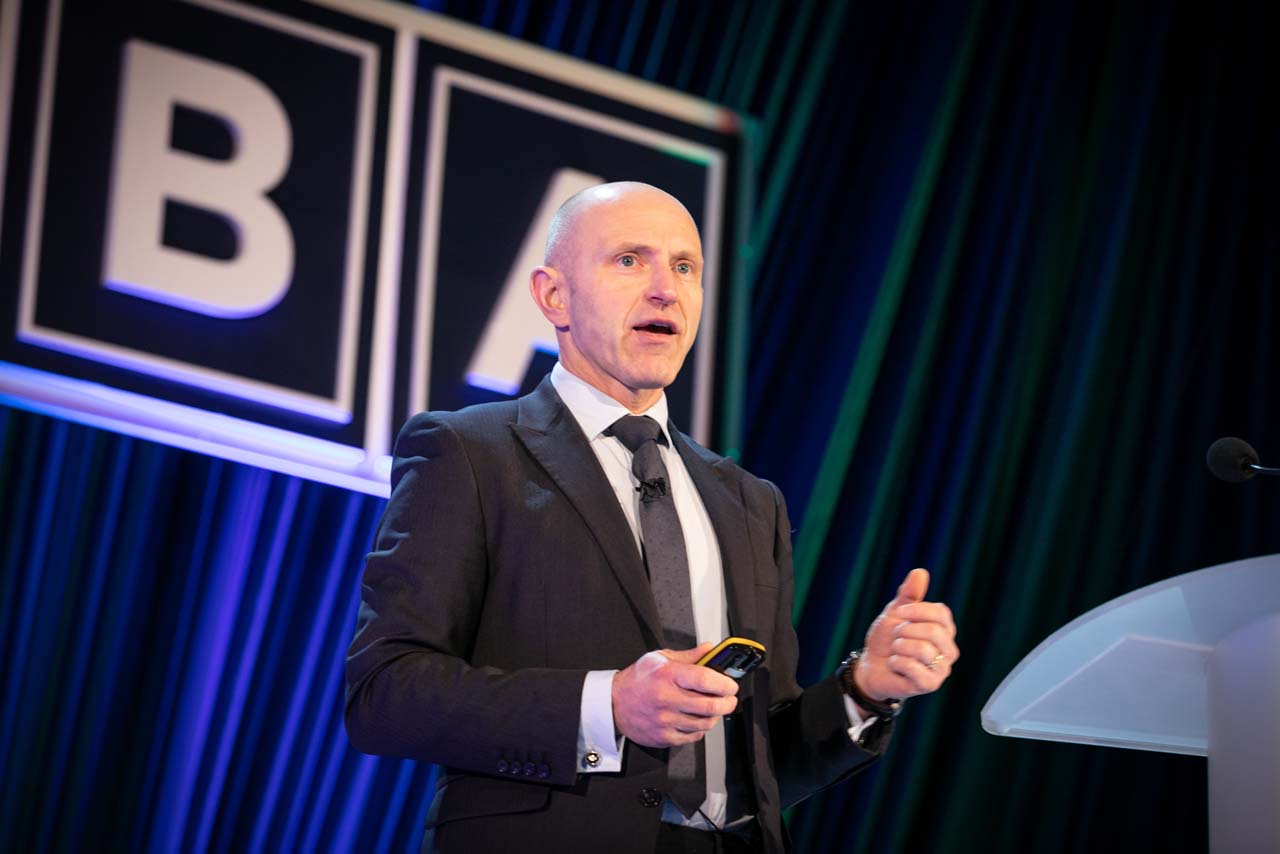 Jarrett said the big platforms had made significant progress in blocking extremist material from Islamist and extreme right-wing groups since 2014, when it was a "big problem". But some smaller platforms did not yet have the knowledge or procedures in place to do the same thing, he said.

In contrast to recent claims made by Donald Trump, he said: "Islamic State is not beat at all – there are many fighters still across Europe, and the online content is still credible, being produced and circulated at an incredible pace."

He said his unit, alongside MI5, had 700 investigations under way, the "vast majority" of which included online material, propaganda and instructions on things like how to carry out a truck attack.

Brands had a role to play in improving the situation, he said: "If you can keep pushing that among those smaller platforms that will really go a long way – they do listen to money."

Advertisers have a responsibility to understand where the money they spend on digital advertising is ending up, David Pemsel, chief executive of Guardian Media Group, said.

He pointed to recent figures suggested that 9% of digital spend was lost to fraud, equivalent to $19bn, blaming this on "the opaque trading mechanisms between the way in which clients buy digital inventory and how that money flows through to content creators like ourselves".

He added: "There is the technical capability to be able to understand far more transparent receipting between the buying of an impression, what the client spends and what we receive." Read more….

Direct Line signs up to sponsor Film on 4

The good, the bad and the troubling: trust in advertising hits record low