The artists have recorded their favourite Christmas songs.

Google and Universal Music are sending Santa and his elves to people’s doorsteps to deliver covers of popular Christmas songs, as the tech company promotes its smart speaker range.

The cover versions were recorded by Bastille, Ella Eyre, Sam Tompkins and Olivia Dean who selected their favourite Christmas number one song. The tunes will also be available on YouTube Music and other platforms.

For the delivery service, Google Nest devices have been retrofitted in the form of a boombox and a custom message will be relayed on cue cards while music is played. 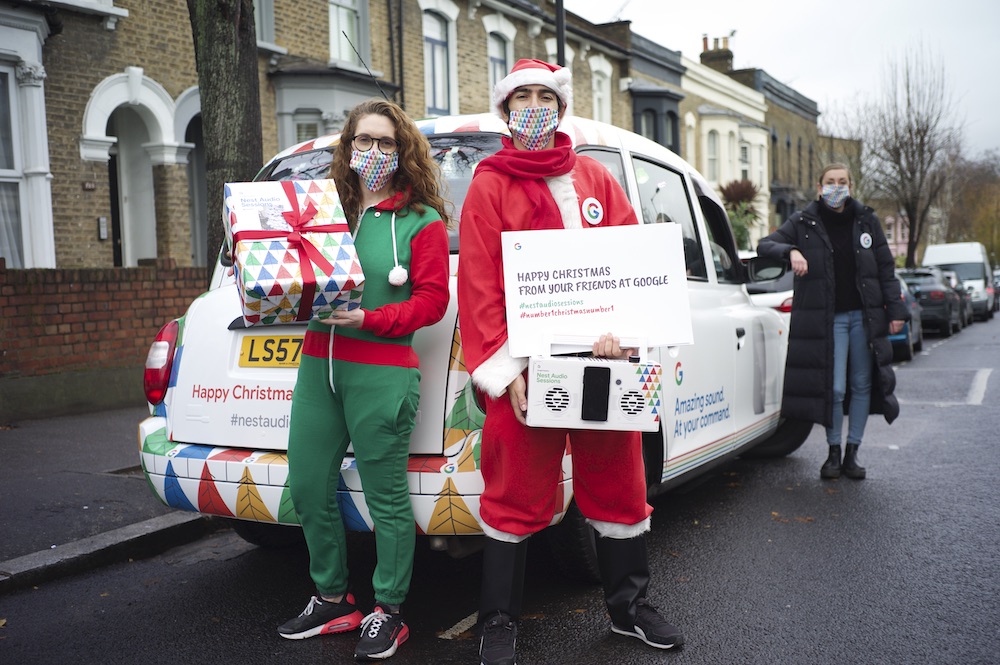 On social media, people can share their favourite Christmas song to be in with a chance of winning a Google Nest Audio.

The project is a continuation of Google's global campaign, “Nest Audio sessions”, where nine female artists recorded tracks at home for an album made to be played on the Nest Audio.