Looking to raise awareness of its premixed gin and tonic in a can, Gordon's turned train delays into an opportunity for a drink.

Gordon’s wanted to raise brand awareness and thus sales for its premixed G&T in the can. Working with Carat and O2’s mobile marketing arm, Weve, the brand decided to help alleviate the frustration of delayed commuters with a drink.

"We decided to use that moment to give them something to do," Martin Weller, managing director of Weve, said. 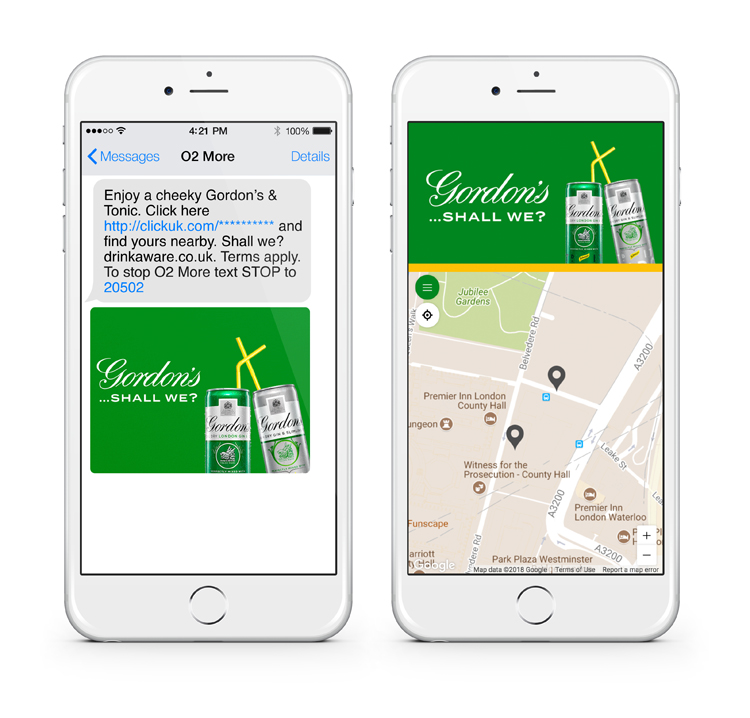 The campaign, which ran last summer, relied on Weve’s access to O2 customer data which allowed them to identify commuters who were known travellers, aged over 18, and in the vicinity of rail stations in London, Leeds, Glasgow, Newcastle, Liverpool, Edinburgh and Brighton.

"What this meant was, when an identified customer was within 200m of a train station where trains had been delayed for a certain amount of time, they would get a rich SMS that would suggest: ‘If you have time, why not find your nearest Gordon’s G&T at…’ then it would provide the nearest store where the product was available," Weller said.

While the messages were timed to coincide with train delays, the team made a decision not to directly reference the delays.

"We wanted to be diplomatic and not be negative towards National Rail. The goal was to ease frustration, not risk adding to it," Weller said.

Around 20,000 consumers claimed to have bought a Gordon’s as a direct result of the campaign. The message’s timing and location made them more likely to purchase.

As further proof of success, the initiative is back and has been scaled up. This time, agency MullenLowe has created #yaydelay a campaign that will give consumers half-price or free gin and tonics when their trains are delayed.

GDPR kicks in this month: Here's how to save your marketing data