Recipe box brand, which has stopped taking on new customers, has announced £33m investment round that will increase capacity, as well as speed up introduction of customisable meals and next-day delivery.

It was another week before Boris Johnson appeared on TV to announce the beginning of the UK’s lockdown policy – but the ball had been set rolling on 16 March, when the prime minister told citizens to avoid pubs and restaurants in his first daily briefing on the developing coronavirus crisis.

Almost immediately, Gousto – the UK market leader in recipe boxes – saw a scramble of new customers signing up to its delivery service, as displaced office workers faced the daunting prospect of having to cook for themselves seven days a week.

Within a day, the eight-year-old company made the decision to stop accepting new customers to ensure it could cope with rising demand from existing customers, many of whom were increasing the number of meals they ordered a week or switching to a larger family option. 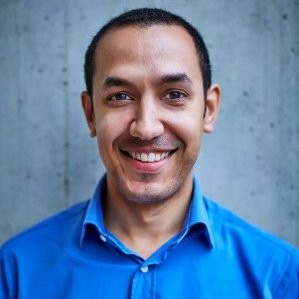 "The hours after Boris Johnson made his announcement on the 16th, we started to see it ticking up – and we were moving so quickly, we had to have calls about three times to discuss how we would deal with it," Tom Wallis (pictured), chief marketing officer at Gousto, told Campaign. "Eventually, it got to the point where we had to open that pressure release valve."

No business wants to face a barrier to its ability to grow to meet demand, and Gousto yesterday (Thursday) revealed a £33m funding round that will allow it to grow both its London-based technology team and staff at its Lincolnshire production site. Gousto plans to make 400 hires over the next four months and a total of 700 by 2022. These moves will allow the business to increase production capacity, as well as speeding up the introduction of two new propositions: next-day delivery and the option to customise meals.

Wallis was not able to put a date on when Gousto would be able to start accepting new customers again, but described the timeframe as being in weeks rather than months.

Among the funders is Joe Wicks – now known as PE teacher to the nation – who has increased his existing stake in Gousto. Wicks has been a major asset for the brand, Wallis said: "He came to us just over a year ago as a loyal customer – his ethos chimes very well with us. He’s all about staying healthy, cooking at home and looking after your family – and that is exactly what we like to offer too.

"Because the brand synergies and purpose synergies are so aligned, it’s so authentic when he talks about us – the fact that he’s an investor means he can talk about it almost in the same way he talks about his own stuff. Customers accept it in a way perhaps other influencers, paid partnerships, don’t seem to have."

Since Gousto has been unable to take on new customers, it has also paused its marketing. After running a brand campaign in January and February, the brand had been running performance marketing activity, but that has now stopped. A Google search for "recipe box" currently brings up ads for smaller rivals Mindful Chef and Simply Cook.

But Wallis said the marketing team had been as busy as ever. "What’s really interesting is the amount of communication we do has sort of increased," he said. "The conversations we're having with existing customers on social media about our responsibilities towards them, food-safety concerns, keeping them informed on the work we’re doing to manage capacity – all of that has really encouraged the marketing team to shift their focus.

"Those people who were working on performance marketing until a few weeks ago have now pivoted to help our with the efforts on customer communications."

Like many businesses, Gousto has turned its efforts towards helping with the devastating consequences of the coronavirus pandemic. Working with the Department for Environment, Food & Rural Affairs, it has implemented contactless delivery for customers and donated meals to The Trussell Trust food-bank network and to Shelter.

Timo Boldt, Gousto's chief executive and founder, said: "In these challenging times, we want to continue offering people more choice and especially more convenience. We will maintain our close relationships with the government and other charitable partners to ensure those already struggling don’t see their situation worsen."

Wallis said the success of the company in the current situation was "bittersweet", but there was a positive feeling. The past few weeks had brought "a real purpose to the work that we do and a heavy responsibility", he said, adding: "This stuff matters. We can start work every day feeling as though this is really important. It’s 24 hours a day, at the limit of everyone’s capabilities and physical resilience in some ways. It’s really inspiring to see everyone pull together around a current course."