It is Mother's first work for the brand since winning it last year.

Gousto, the recipe box subscription brand, is encouraging people to incorporate music into their cooking habits in the company's first work since appointing Mother to handle its ad account.

"Give it some" shows home chefs as they cook to a range of different music genres, from rock music stir frys to electronic fajitas.

The campaign includes a partnership with Spotify – which matches customer behaviours to music playlists such as "Pop Suey", "Bangers and Mash" and "A Bowl Full of Soul".

The work launches today (1 January) on ITV and Channel 4, as well as outdoor and radio. Media planning and buying is handled by the7stars. 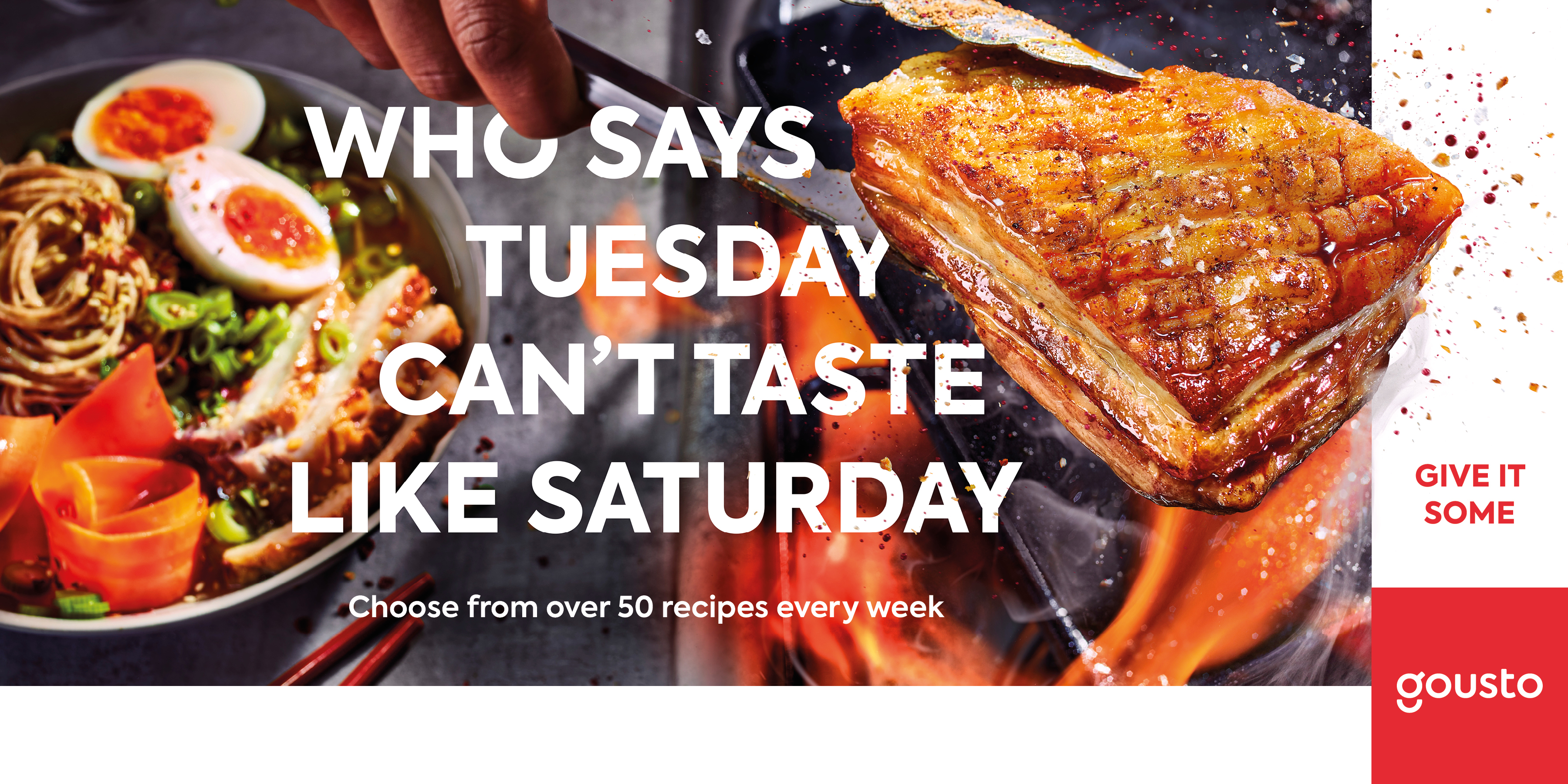 The campaign was directed by Juan Cabral through MJZ and Labhouse.

"You only need to check out your Instagram feed to see how many people have taken to cooking at home – everything from the sourdoughs through to really extravagant cuisine," Anna Greene, vice-president of brand at Gousto, told Campaign.

"I always have the radio on in the kitchen, so it feels like a really natural fit and a way of communicating choice in a compelling and motivating manner."

"Give it some" follows on from last year's brand platform, which was created by M&C Saatchi in a bid to make recipe boxes "the UK's favourite way to eat dinner".

Hermeti Balarin, executive creative director at Mother, said: "Gousto ran a pitch a few months ago and from our point of view there was already a creative piece of language that existed, so instead of trying to reinvent everything we latched on to something that felt very true of the brand.

"The phrase 'Give it some' felt really strong, so all we did was try to bottle the energy that comes with it."