The UK government has launched a campaign preparing businesses for a "new relationship" with the European Union, following last year’s widely mocked £100m "Get ready for Brexit" activity.

Created by MullenLowe ahead of the end of Britain’s transition period on 31 December, "Check, change, go" urges businesses to "get moving" and "seize new opportunities".

Addressing a need to "plan ahead" and check government guidelines for changes following Brexit, the ad calls on companies to "set our course as we transition to our new relationship" with the EU.

Making its TV debut tonight (Monday) at 7:45pm during Coronation Street on ITV, activity also includes radio, out-of-home, digital and print, as well as SMS and webinars – all of which direct businesses to the government website to find out more about how to adapt to a post-Brexit economy.

However, with negotiations between the UK and EU yet to conclude (and, in the eyes of some commentators, yet to make any meaningful progress), much remains unknown about how the relationship will actually look come January 2021.

The work was written by David Parker, art directed by Laila Milborrow and directed by Simon Ratigan through HLA. Media strategy is led by Wavemaker and media buying is handled by OmniGov. 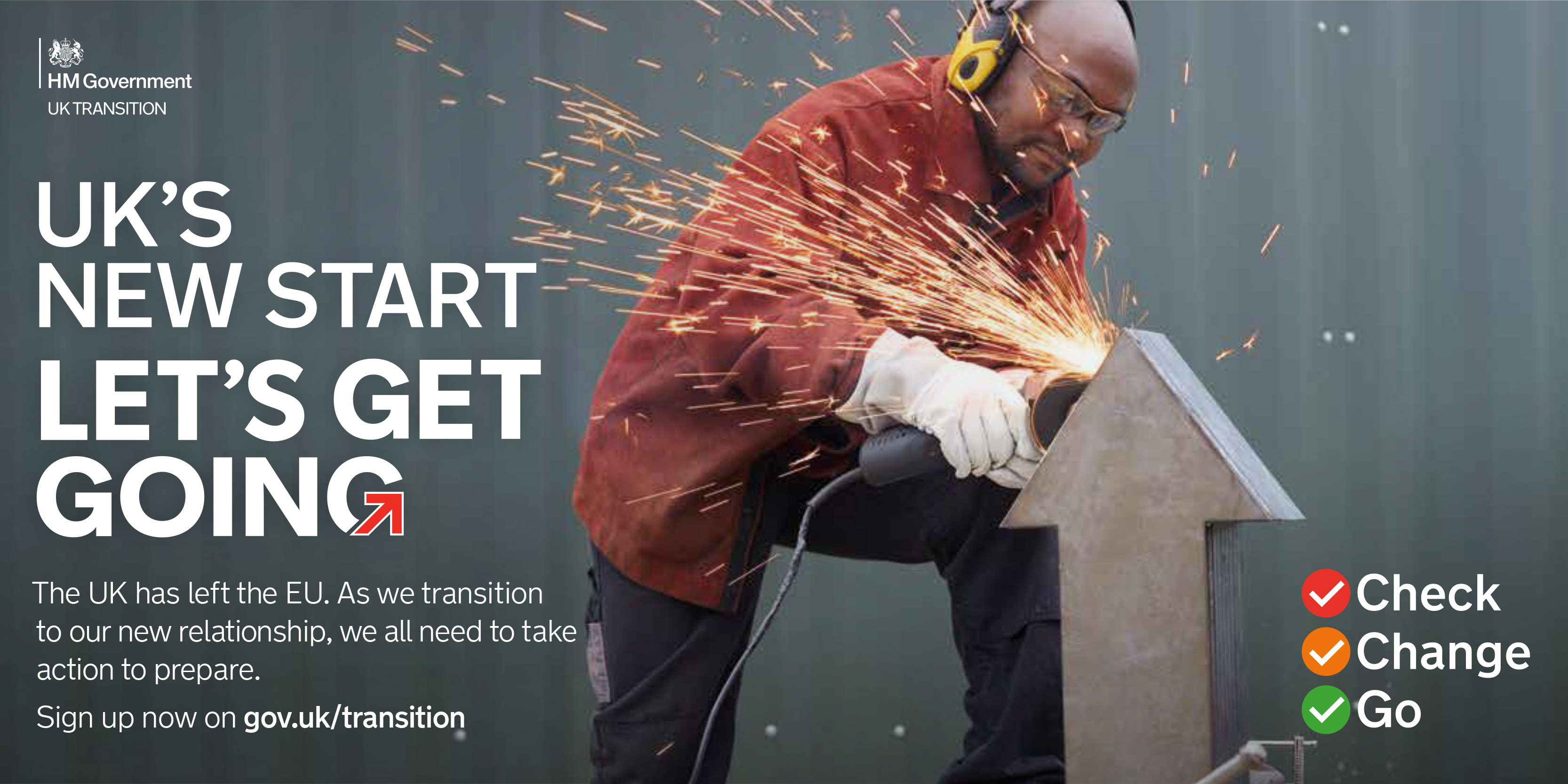 "We’re delighted to have extended our relationship with the government and to be given responsibility for such nationally critical communication," Tom Knox, executive partner at MullenLowe, said.

In September 2019, the government launched its £100m Brexit preparedness campaign, "Get ready for Brexit" (created by Engine), that aimed to prepare the public for the possibility of a no-deal departure from the EU on 31 October.

The campaign received an onslaught of complaints from viewers who claimed the ads were "misleading", before eventually being paused following the government's decision to extend the date of the UK's departure to 31 January 2020.

More than half of the campaign's planned £100m budget remained unspent and a report from the National Audit Office later revealed that the campaign’s £46m adspend was largely ineffective.

In February, the government unveiled the "Ready to trade" campaign, led by the Department for International Trade, a day after the UK formally left the EU.

Campaign reported in May that agencies on the government roster had pitch for a brief on the Brexit transition process.