Public-service broadcasters believe they should get a profit share if pay-TV giants carry their channels.

It has been five years since Mark Thompson brought up the issue of retransmission fees at the Edinburgh TV festival.

The former BBC director-general quoted comments from Rupert Murdoch about free-to-air channels charging cable companies in the US: "Let me quote from someone who thinks that those who invest in content should get a better deal: ‘Asking cable companies and other distribution partners to pay a small portion of the profits they make by reselling broadcast channels, the most-watched channels on their systems, will help ensure the health of the over-the-air industry.’"

As the executive co-chairman of 21st Century Fox, which owns 39.1 per cent of Sky, Murdoch is on the other side of the debate in the UK.

Despite the availability of multiple alternatives, the UK’s five terrestrial channels remain the most popular by overall share. Barb figures show audiences are still attracted to the extravagance of the BBC’s Strictly Come Dancing or the latest drama in ITV’s Downton Abbey.

As this remains the case in cable and satellite households, many believe public-service broadcasters should receive a share of the profits made by companies such as Sky and Virgin Media.

After all, Sky reported a 6 per cent rise in adjusted pre-tax profit to £1.2 billion in the year ending 30 June. With the BBC licence fee under pressure and the free-to-air model creaking, why shouldn’t they share the spoils?

Pay-TV broadcasters would say there are plenty of reasons, including the fact that their customers are already paying the licence fee.

And introducing retransmission fees would not be easy. Ofcom is concerned by the "nature and complexity" of the regulatory backstops that might be needed and that there would be no guarantee the money would be spent on public-service programming.

Five years after Thompson’s speech, the industry still does not have an answer. Commercial broadcasters continue to be on the case, while the government is holding a consultation on the issue, with findings due before the end of the year. Corporate affairs departments from Osterley to South Bank are holding their breath. 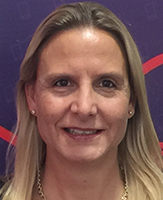 "For consumers, the real concern should be that what amounts to an additional charge on programming they have already paid for could divert investment from the expansion of next-generation, ultra-fast broadband." 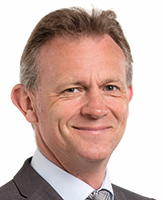 "Retransmission fees would involve lengthy regulatory intervention with no guarantee of increased investment in content or benefit to viewers. This doesn’t sound like the answer to the government’s call for deregulatory options." 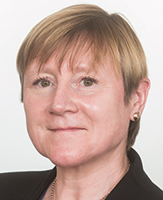 "Public-service broadcasters invest £2.5 billion a year in original UK content. It is wrong that pay-TV platforms are allowed to carry PSB channels without paying anything back to the people who invest in creating the programmes.’" 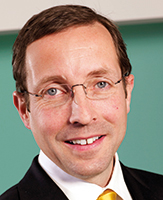 "Public-service broadcasting channels account for half of all viewing on cable and satellite but receive no payment in return. Channel 4 has made clear that it would invest all proceeds of a fair deal into content from UK producers."

ITV chief calls for Sky and Virgin to pay for content