I don't make a habit of reporting on leaving dos, but one held last Thursday is worthy of exception. The exit of Arena's chief executive, Steve Booth, the original "B" in BLM (or, for those with even longer memories, KLB), was a landmark moment of sorts.

As one of the original independent shops to spring out of the heady post-full-service days of the 80s, BLM cut a swathe in media. It grew solidly for 18 years as a full-blooded planning and buying agency, before being bought by Havas for around £20 million in 2008.

There have been many iterations along the way, but Booth had been the one constant. His commercial drive and entrepreneurialism came to define the agency. In many ways, the quintessential media man of his time, he ran an efficient, innovative, hard-working outfit, known for keeping a close eye on costs at every turn.

Many clients have passed through its doors, some of which have not been able to adapt as well as the agency – think Setanta Sports and BlockBuster. However, it is its longest-standing relationship with Domino’s Pizza that continues to highlight what a smart media strategy can do for a brand.

Having convinced the fast-food retailer to spend its entire marketing budget on sponsoring 'The Simpsons', the agency is credited by the client for laying the foundations that transformed the business from a handful of stores to a chain of more than 750, in just 15 years.

Booth also identified the importance of digital with the launch of BLM Quantum in 1998, and was handling £80 million worth of annual billings before the agency’s sale. The family style nature of the business had made those BLM ski trips the must-attend event for many years.

And so to last week, and his last stand, which began with a video-montage farewell from colleagues and clients past and present. I’m told the send-off almost made cool Booth himself crack – almost. Images of him in his trademark "salmon" jumper lined the route from Arena’s Tottenham Court Road offices to the party in Soho, courtesy of JCDecaux’s digital screens.

There was general agreement that he has had a good innings – as his second house in Cannes and Ferraris attest; but it is the end of an era. You can’t help think Arena’s new website, extolling the virtues of Havas’ Meaningful Brands philosophy, would be a tad lost on Booth.

New personalised orange business cards, emblazoned with a large black "S" on the front, suggest it’s not the last we’ll hear from him. "The ‘S’ is just like Superman, isn’t it?" he pointed out in typically shy fashion.

I have happy memories of sparring with him over the years. His reputation as a tough negotiator shone through if you intended to write stories about Arena he wasn’t quite ready for. But you could never doubt his drive and passion. As Ocean’s CEO, Tim Bleakley, notes: "Steve Booth is one of the best, tight Lancastrian twats you’ll ever meet." 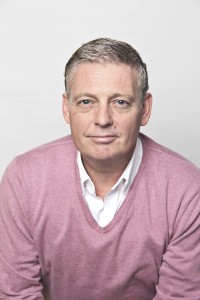 Let's hear it for big data - handled with care, it offers award-winning insights

Arif Durrani: Media has come a long way, and not without growing pains