Winners of the big prize at Cannes talk about the campaigns that wowed the Lions juries last month.

It’s the day before Cannes and we’re sitting in a restaurant in West London having dinner with our respective wives and newborn babies. The subject of the International Festival of Creativity comes up only fleetingly as, even though we’ve both got flights, we’ve decided to forgo them and stay at home, polishing our dad halos. "It’s for the best," we say.  "We’ll probably get squit-all, anyway."

Cut to 7.30 the next morning and we’re tucking into a cold "hot" breakfast at Café Rouge Gatwick. An e-mail had come through overnight informing us that we’d won three golds and, bugger us stupid, the Grand Prix in Promo & Activation for Harvey Nichols’ "sorry, I spent it on myself". By the end of the week, we’ll have picked up another three Grands Prix – in Press, Integrated and Film – and two more golds, in Outdoor.

It all started in our third week at Adam & Eve/DDB, when the annual Christmas brief for Harvey Nichols landed on our desk. Being new to the agency, we were determined to crack it. So, we went away and chronically overthought everything, before coming back to the very first idea we had.

This was essentially to produce a range of branded budget gifts. Something that customers would be able to give at Christmas so they could spend their money on themselves. It was a bold, funny premise that went beautifully against the seasonal grain of goodwill and generosity – but surely one that a luxury brand would never go for.

Or would it? We decided to spend the next couple of days blowing it out, treating it like a genuine product launch brief; giving it a dedicated brand identity, a brochure, a launch film, a print campaign and so on. A week later, it was bravely presented to the Harvey Nichols marketing team as the agency recommendation and they bought it on the spot, including the Christmas lunch in a tin "with most of the trimmings", the free downloadable Christmas card and even the crackers with no bangs or gifts.

We wish we could say that the rest is history, but it wasn’t all plain sailing.  The next few months were peppered with daily dramas as we toiled to bring a product range to market in time for the Christmas season. And, along the way, we learnt many a valuable life lesson, such as the potential legal implications of a "real rubber doorstop" not actually being rubber and the importance of never underestimating a retailer’s ability to make a profit – even on a 49p pack of toothpicks.

Another thing we learnt, as we have continually learnt throughout our careers, is the importance of having a good team of people around you. If it hadn’t been for the brilliance and determination of Paul Billingsley, Jessica Lovell, Ben Tollett, Alex Fairman, Victoria Keenan, Daniel Moorey, James Day, Benji Howell, James Rouse and Kirsty Harris, the whole thing would have come unstuck. The four Grands Prix belong to them too.

And so here we are, two weeks after Cannes, still sweating out Domaines Ott, with mouths drier than a leopard-skin-wearing 80-year-old lady’s flip-flop as we try to write this article.

It still hasn’t sunk in.

And we don’t think that it ever will. 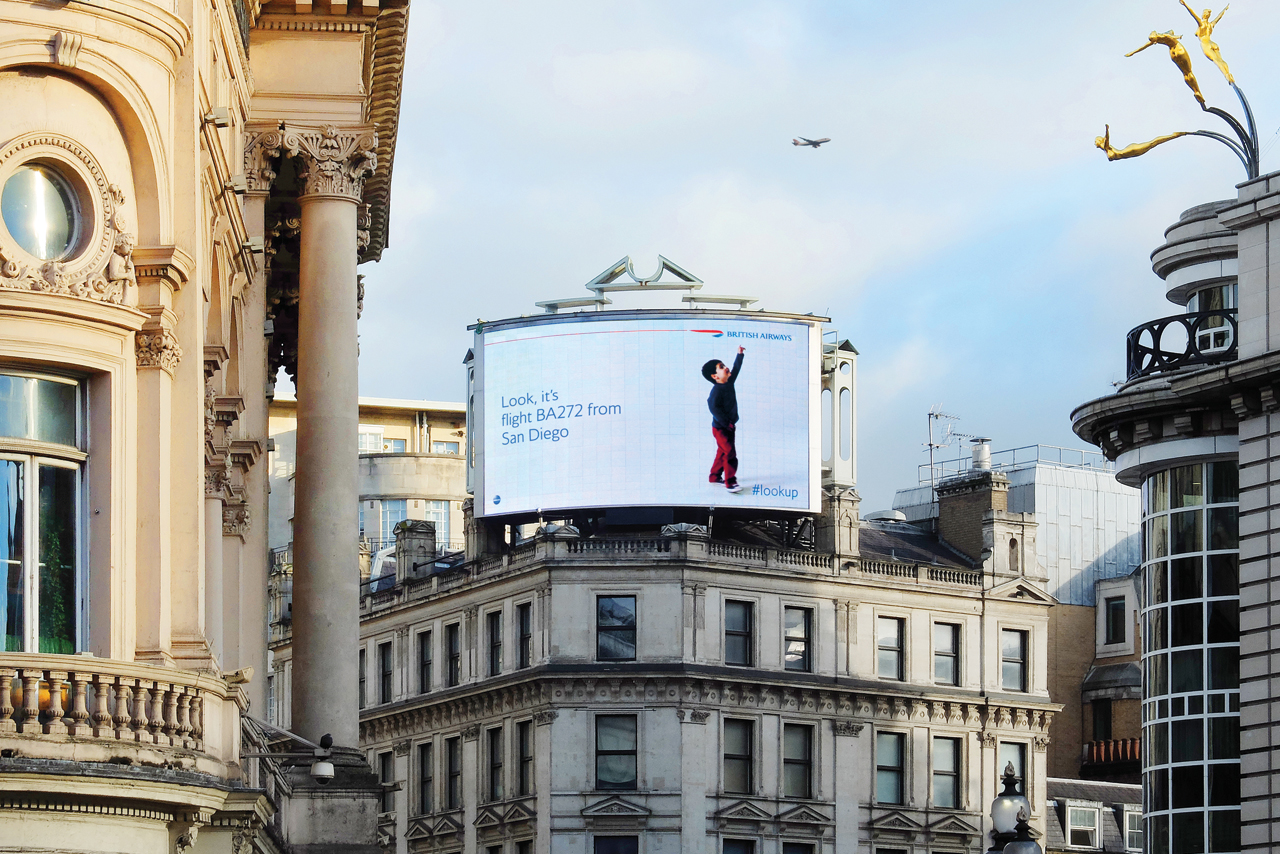 BA’s ‘magic of flying’: ‘we brokered a new way of buying outdoor’

Who hasn’t looked up at a plane and wondered where it was going? That was the inspiration behind "magic of flying". There’s still something romantic and, well, magical about flying 37,000 feet above the earth, headed for all kinds of exotic destinations. We realised that if we could capture that moment, then we could also go one step further – and enable people to buy a seat on the plane they were gazing at.

Plane-spotting apps have existed for a while, but they were no use to us because the data they use is old, albeit by a few seconds. We needed absolute real-time information from the planes themselves and, in order to do that, we had to build the whole back end from scratch.

Another challenge was the media. Digital billboards at Piccadilly Circus and on the M4 were chosen for their proximity to the flight path.  But, because we only needed them for the moments when BA planes were flying overhead, a traditional media buy was way too expensive. Working with Storm, we brokered a whole new way of buying digital outdoor, called "interruptive media". Whenever a BA plane flew over the posters, our ad would "interrupt" the one being displayed.

We’re all super-proud to bring back a Grand Prix, not just for OgilvyOne but for the UK creative industry, as we’ve been trounced so often by the Brazilians. We’re also just a little relieved. Our Lions nearly didn’t make it back at all after Jon [Andrews] and Lorenzo [Spadoni] got in a fight with a taxi driver on the way to Nice airport and he refused to let them get the Grand Prix out of the boot.

On the Campaign couch

Martin Sorrell spells out content's threat to agencies at Cannes