Will Abbott, marketing director at Hiscox UK, reviews One Plus One Equals Three by Dave Trott. 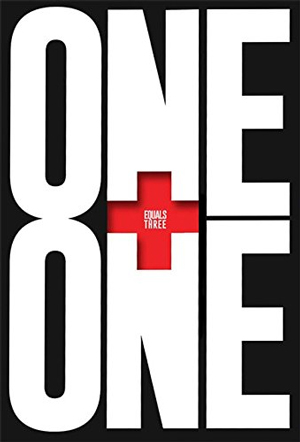 I’m a fan of Dave Trott's column in Campaign. It’s a masterclass in brevity: elegant in its economy. His latest book, One Plus One Equals Three, follows the same format. It’s a collection of fascinating anecdotes and stories drawing from Trott's own life, Hollywood, football, medieval history and much more. Each delivered in his characteristically punchy, lean copy.

The stories all have a simple but thought-provoking message linked to the idea encapsulated in the book’s title: that embracing new experiences and broadening our understanding beyond our current, narrow, fields allows us to think differently and leads to new ideas, new possibilities and, ultimately, greater creativity.

While one might expect One Plus One Equals Three to be about advertising (and in a way it is), it offers far more food for thought, whether for marketing, business or life.

It feels refreshingly different to other business books. By using a wide array of real-world stories to make his points, Trott gives us an eclectic mix of examples to draw from, outside our own experience.

Buddha's wise words from 2000 years ago – "Nothing can harm a man so much as his own thoughts untamed" – are used at the end of an anecdote about his policeman father, who would sit in a graveyard on Tooting Bec Common to eat his sandwiches in the middle of the night to overcome his fear of the dark.

The perfect pick-up-put-down book – but one that stays with you long after you've put it down. - 4/5

And Brian Clough's decision to wait until Stoke had played lowly Mansfield Town in 1977 before making Peter Shilton (then playing at Stoke) an offer to join Nottingham Forest, is used to aptly illustrate that "it’s not just what you say that's important. It’s also where and when."

The fact the book comes in small, bite-size pieces (each story is only a few pages long) makes it a perfect pick-up-put-down book – but one that stays with you long after you've put it down. A great all-round read that definitely adds up.

One Plus One Equals Three by Dave Trott is published by Macmillan.