Ethical Black Friday is a growing trend. As brands battle it out for their share of Black Friday sales, Campaign rounds up the best examples of brands and organisations that are turning Black Friday green.

"Time is running out," implored scientists at the crucial COP26 climate summit at the beginning of the month, using the world stage to send a message to society asking it to stop consuming so much stuff.

When scientists are warning that action must match words, the tradition of Black Friday feels totally out of the loop with our circular future.

On the bright side, it appears 'ethical Black Friday' is a growing trend. According to research carried out by brand consultant Ello, one in three Brits (34%) plan to shun the event while a quarter is worried about the environmental impact of the promotion.

As brands battle it out for their share of Black Friday sales, Campaign rounds up the best examples of brands and organisations that are turning black Friday green.

Way ahead of the curve, back in October consumer champion Which? highlighted the impact impulsive purchases can have on our planet and our wallets, with an impactful campaign created by St Luke’s.

In eye-catching neon lights, at first glance, viewers are led to believe the array of messages are your typical Black Friday sales heavy push. However, this is quickly subverted to hit home an important message about overconsumption.

A flickering ‘Buy now, pay later’ sign becomes ‘buy not but our planet doesn’t have to pay later.’ Similarly, ‘Super savings’ lures people in, before the hidden message sparks to ‘Superficial savings’.

Up to 85% of indy retail shut down their websites

Going firmly against the current, this Friday independent retailers have pledged to shut down their websites as a stand against Black Friday consumerism.

Billed as the largest boycott planned by independent retailers, up to 85% of small shops will join the protest - the highest figure ever recorded by the British Independent Retailers Association (Bira).

Indy retailers involved in the boycott include gift box seller Out of the Box and a sustainable underwear brand Pantee.

A coalition of 70 trade unions, civil society organisations, environmentalists and tax watchdogs, plan to take action in 20 countries, to demonstrate against Amazon, including Oxfam, Greenpeace and Amazon Workers International.

Under the tagline "Make Amazon pay" the stunt is targeting the e-commerce giant for what it describes as "the depth of [its] abuse and the scale and unity of resistance to it."

The campaign will go live in eight locations, from a Latin American oil refinery to a supply chain factory in Asia, calling for a "pay back to society" that includes enhanced sustainability efforts, increased transparency over data and privacy, and ending partnerships with police forces and immigration authorities that are "institutionally racist". 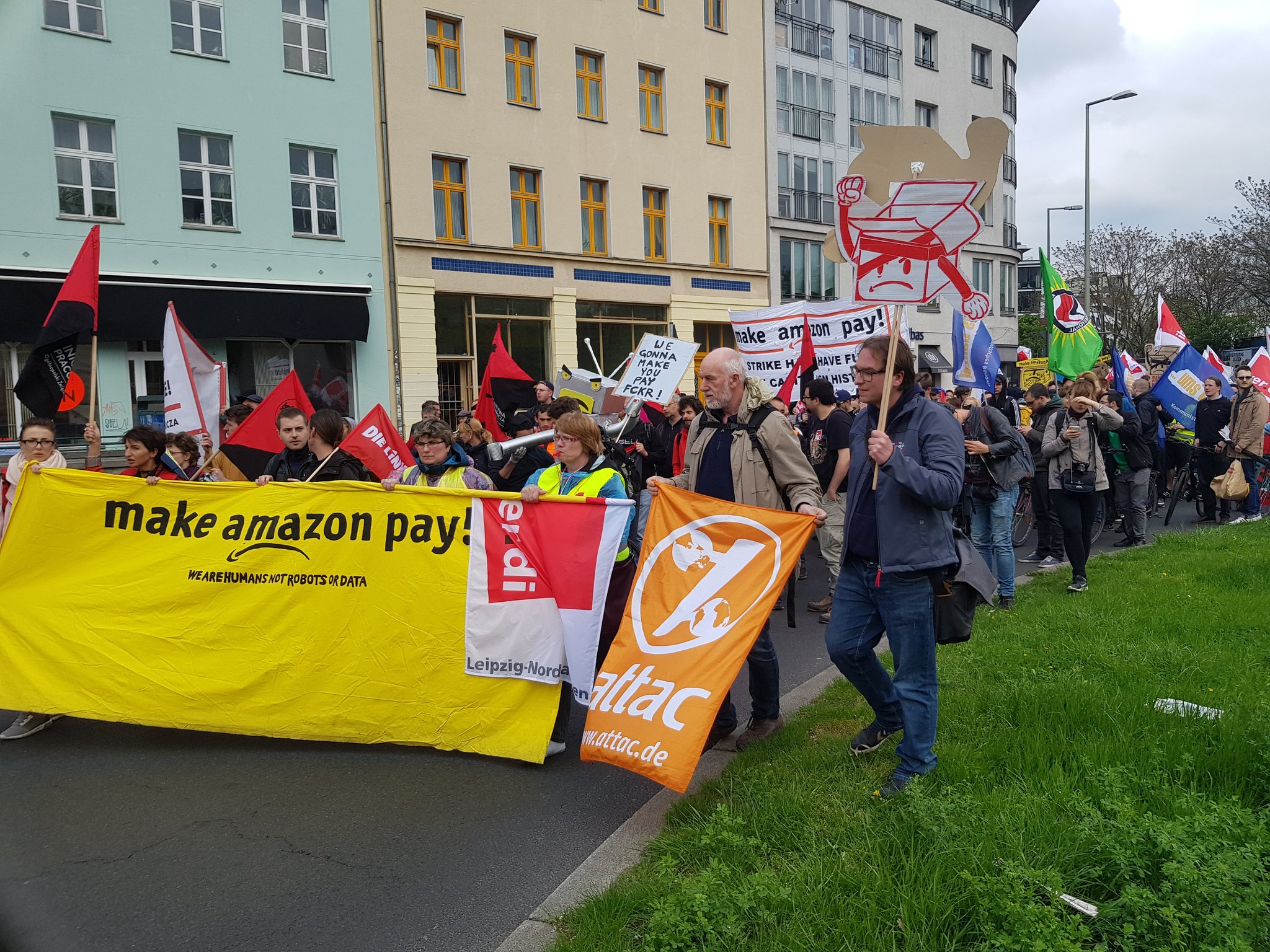 Google teams up with Observer Magazine for #SpendBlack ad takeover

Google and Black Pound Day staged a total takeover in The Observer Magazine on Sunday (21 November) to promote #SpendBlack, a campaign that aims to encourage people to shop at black-owned businesses found on its directory.

Created by Quiet Storm, the campaign runs with the tagline "Your spend has power".

While not necessarily an anti-consumption take, the takeover used every ad space in The Observer Magazine to champion different black businesses across the UK, through powerful images, statistics and personal narratives to drive consumers to spend with these enterprises, if they are going to consume. 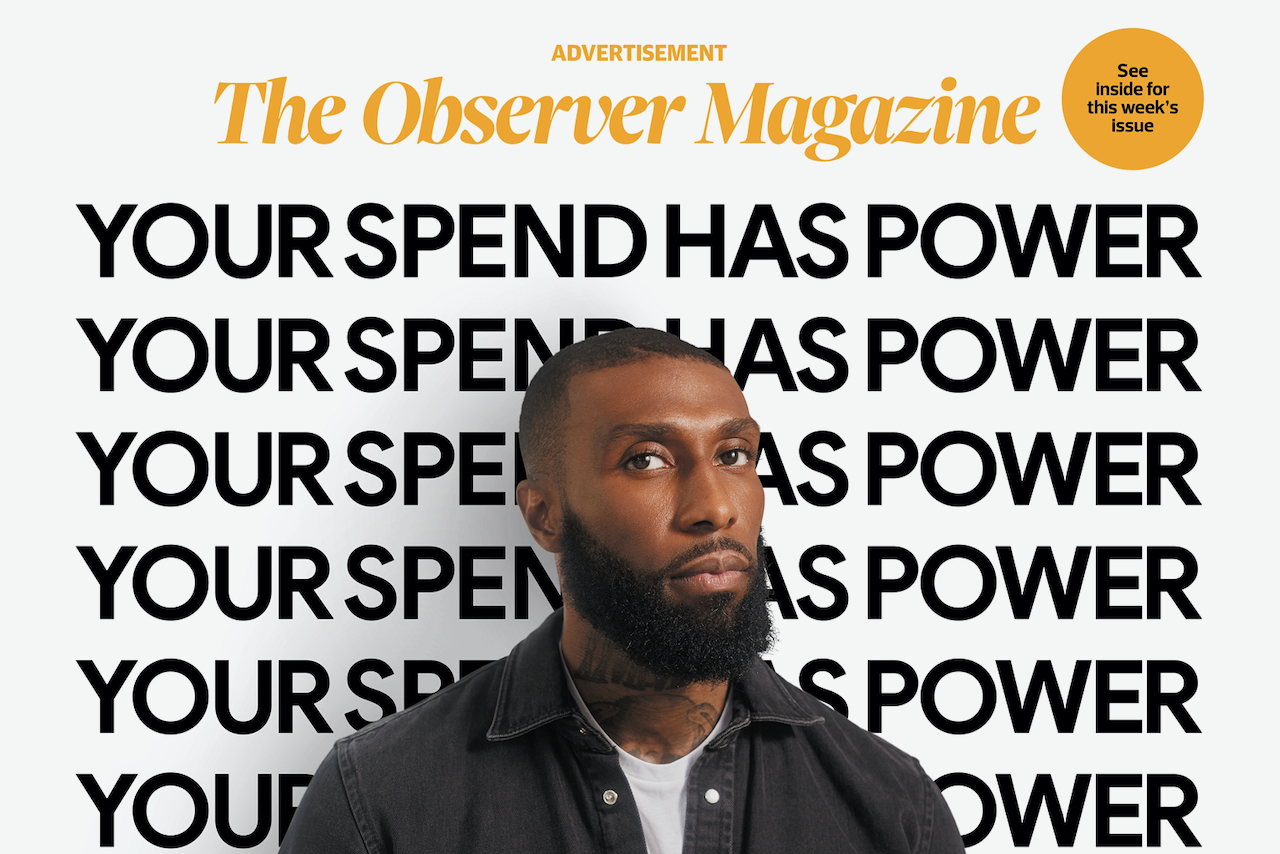