Greenpeace USA has launched a digital video campaign via its YouTube channel to put pressure on digital companies such as Amazon and Twitter to use renewable energy to power their data operations.

The 30-second video stars US singer-songwriter-comedian Reggie Watts, who sings: "There’s nothing clean about your internet stream, until you switch to green energy."

On-screen copy tells viewers: "We all benefit from a green powered internet".

The film directs users to a campaign website where people can sign a petition and read a report into those companies that are failing to use renewable energy, or at least failing to declare where it is sourced from, and those that are "leading the way".

A chart shows Apple, Google and Facebook are the "green internet innovators", IBM and Microsoft are "middle of the road: taking steps towards a greener internet", and that the likes of Amazon and Twitter are "stuck in the past", using "mostly dirty energy" and have "taken few steps or no steps to switch to renewables". 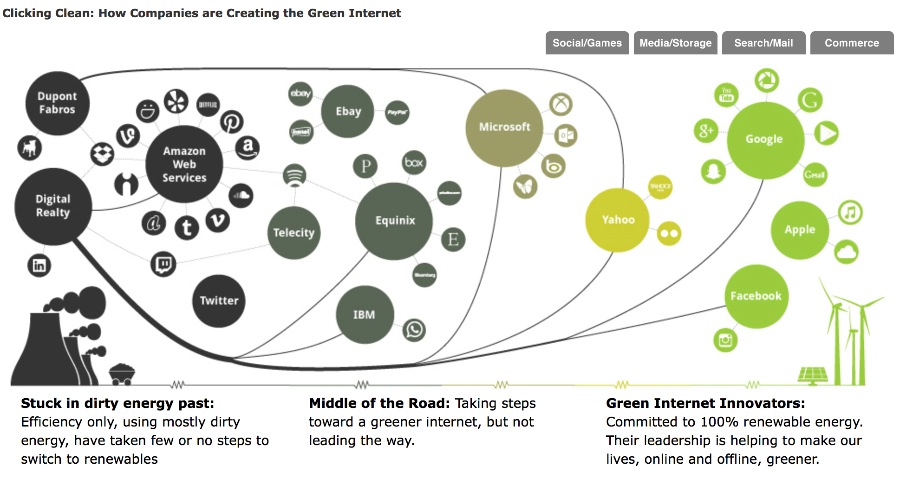 The campaign, created by Via Agency in Portland, Maine, will include social media advertising.

"When you store photos with Apple, it's powered by clean energy. That's a pretty powerful differentiator for Apple. Is Amazon going to lose all their customers over that? No, I don't think we're naïve enough to believe that. But they will lose some customers."

Greenpeace film spotlights the 'nightmare' of the Arctic dream

Lego's partnership with Shell 'not awesome', according to Greenpeace viral