Peter Sloterdyk listened to the app's users, then set out to help them discover, connect with, and navigate the world around them.

As the saying goes, "If it ain’t broke, don’t fix it." So Grindr, a successful social networking app for gay, bi, trans, and queer people, went against the grain when it hired its first global head of marketing in late 2016 with the aim of changing consumer perception of the brand.

When Peter Sloterdyk joined Grindr as VP of global marketing, the app had just under 3 million daily active users and is now creeping its way toward 4 million.

"Our subscription business was doing well and it is doing even better now with a 24% increase year-over-year," says Sloterdyk of the app that launched in 2009.

Sloterdyk explains the main issue was that, up until his hire, Grindr served a very specific, utilitarian purpose for its users. Say the word "Grindr" and most people automatically think: gay hookup app.

While this assumption is not completely incorrect, the brand wants people to know it is that, but also "so much more."

"There are plenty of horror stories in our industry about companies wanting to be a different kind of company, but the missing pieces in those stories were hearing from their desired customer, audience, or consumer to make sure [change] was something they wanted or needed," says Sloterdyk. "What I heard from our users at the very beginning of my time here was they had room and interest in their lives for more from us."

So Sloterdyk set out to add new elements to Grindr’s "ecosystem" toward delivering on the company mission to help its users – who "skew significantly under 35" – to discover, connect with, and navigate the world around them.

Over the past year, Grindr has launched a gay emoji keyboard to help users communicate on its app in a way they are already using in their lives. It also unveiled an online magazine called Into to provide people with information, editorial content, and stories with global perspectives. The brand is also continuing its Slumbr event series, a 36-hour party that helps people "experientially connect with Grindr and see us in a different way," Sloterdyk says.

"We have seen a change in brand sentiment, perception, and awareness that we have been tracking through ongoing research," he notes. "There is now a standard curiosity about what Grindr is doing as a company." 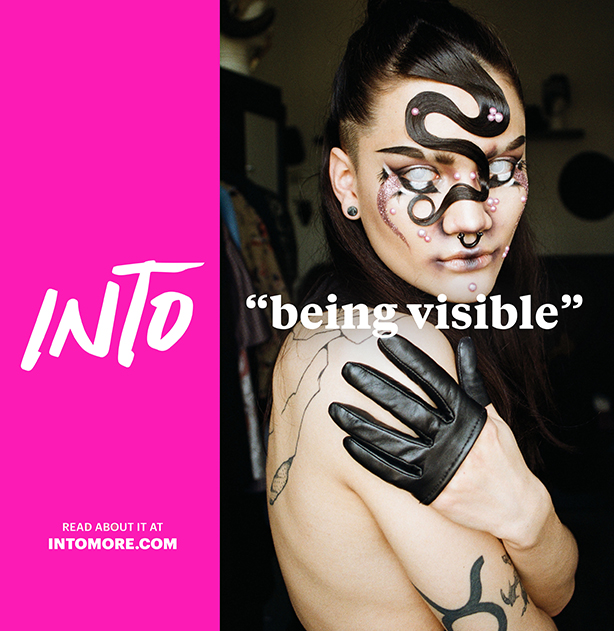 The perception of Grindr outside of North America and Western Europe is quite different.

Grindr has users in every country in the world – even areas where homosexuality is illegal. For example, India is one of Grindr’s largest growth markets, but it still upholds a colonial-era law that criminalizes sex between men in the country.

Because of this, Grindr is seen as a community tool, providing the LGBTQ community with a way to connect in a place where options are limited.

"We’ve seen a significant uptick in organic growth [in India]," says Sloterdyk. "We knew we had a lot to learn about what it meant to help that community. Most of us had not been to India before and didn’t know what it meant to be an LGBTQ consumer there or a user of the app."

In November, he journeyed to Mumbai and New Delhi with four Grindr staffers and four people from research agency partner Talk Shop Media. While there, the team conducted roundtables and one-on-one interviews with members of India’s LGBTQ community.

"We heard stories about the hope and sense of expectation that something good will happen in India – that being homosexual will be decriminalized and there will be equality," says Sloterdyk.

His visit to India followed a landmark decision by India’s Supreme Court in August, which ruled the country’s citizens had a constitutional right to privacy. The court made special note of the gay community in its judgment, writing that "sexual orientation is an essential attribute of privacy."

Grindr is doing a survey of 5,000 members of India’s LGBTQ community from mid-December to the end of January, and expects results in early 2018.

"Digital advertising isn’t the best way to reach audiences in India," says Sloterdyk of what he learned while there. "They are much more experiential and focused on interacting with the brand physically." 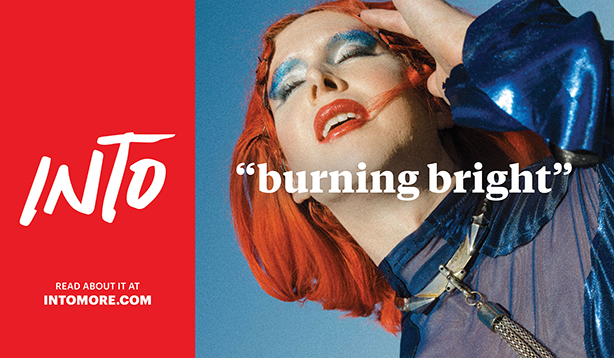 After his visit, Sloterdyk notes he’s changing up Grindr’s marketing strategy for India and its surrounding countries to ensure the brand has an on-the-ground presence there.

"We want to provide a way for the LGBTQ community to engage and build," he adds.

Grindr is actually blocked by governments in anti-gay countries such as China, Libya, and Egypt. However, users there frequently access the app by VPNs. To get around laws and protect its users, Grindr provides safety messages in-app with information on where people can get help if they are being prosecuted or fear for their life; how to be healthy and safe; and how to ensure people who users are talking with on the app are genuinely who they say they are.

"Some people call it police entrapment," says Sloterdyk. "Some bad actors are using the app to find people to harass or prosecute in one way or another."

In November, Grindr updated its app in those regions to provide the ability to mask its icon. Essentially, the icon can now be disguised so it doesn’t stand out if a phone is confiscated or used against someone. The app can also now be locked down with a passcode. If someone doesn’t have that passcode after a few tries, it shuts down and deletes all the data.

In spring 2018, Grindr is focusing on engaging LGBTQ communities in Latin America and Brazil.

"As gay as it gets." That’s the way Sloterdyk, who resides in Los Angeles with husband Cameron and their three dogs, describes himself.

In his spare time, the Grindr exec is a classically trained pianist and vocalist, who also happens to compose musicals. Two of his musicals, "Confession" and "Ask Me," have been produced in Chicago in the past decade.

"Confession" is about a brother and sister who are waiting in line in purgatory after dying in a car accident. They have both committed heinous sins during their lifetime and are trying to confess to each other so they can both go to heaven.

The central character in "Ask Me" is an advice columnist. Each song in that musical is based on the letters she has received and responds to. In the end, it turns out the columnist is the one who needs the advice.

"‘Confession’ is a dramedy and ‘Ask Me’ is a comedy," says Sloterdyk. "I like to make people laugh with music."

A version of this article first appeared on PR Week.

Grindr's marketing head: Video strategy doesn't have to be so complicated

What marketers need to know about the redefined private space