The one question I'm often asked about creativity on Facebook is, 'Who's doing the great work?', writes Mark D'Arcy, chief creative officer at Facebook.

We’re looking to educate, inspire and enable a global industry to build on our platform – a platform that is helping to fundamentally change the way people discover, consume and share the things that matter most to them.

We talk a lot about the revolution in technology, but we’re seeing this being paralleled by a creative renaissance of equal value. With the Studio Awards, we're looking to celebrate the best work and shine a spotlight on the brands and agencies that are accelerating this change, connecting to the people that really matter and driving growth in their business.

This year’s awards saw 36 finalists from 17 countries. Looking at the winners, I’ve picked out five key trends that define the state of creativity on Facebook today. 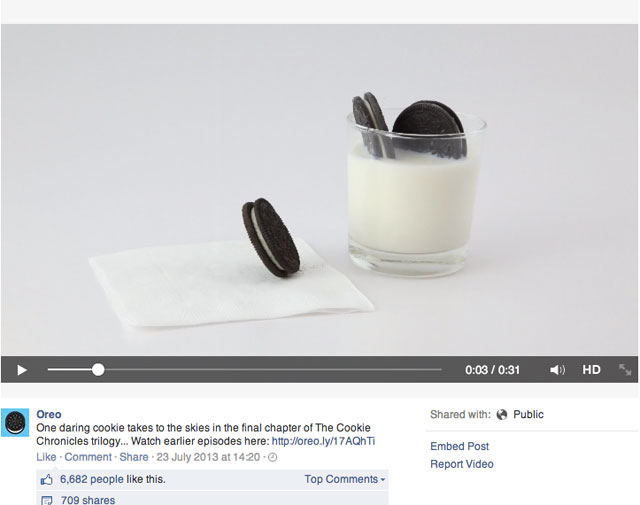 Oreo set the bar in 2013, building a publishing system with a cadence of creativity, doing 100 pieces in 100 days around a strong brand idea. While not all brands need to be publishing at that pace, having a well-developed publishing system that aligns business objectives, creativity and media is now cost of entry.

Both brands and agencies have realised that to excel creatively in a connected world they must think and behave differently. Great publishing must be complemented with a strong campaign, built for an increasingly engaged and mobile consumer.

2. Designing for the people who matter

Facebook’s large-scale audience is important, but it’s just the start of the opportunity. Agencies that understand this start by finding the people they really need to connect with, then invest in the craft of production and writing, designing brilliant ideas targeted at these people and built for a feed-driven world.

We’re entering a world where we can truly make business feel more personal again. Our marketing target – the nuanced, human person with their hopes, ambitions and needs that we as marketers care about and build things for – is now also our media target. Because Facebook has real identity, brands and agencies can apply a personal context to create things that are individually relevant to a large audience of people. This will redefine the art and science of the campaign.

There are massive advantages to this. As brands unlock their creative potential they will be able to create stories that are additive to people’s overall experience on Facebook, which will drive meaningful business results. 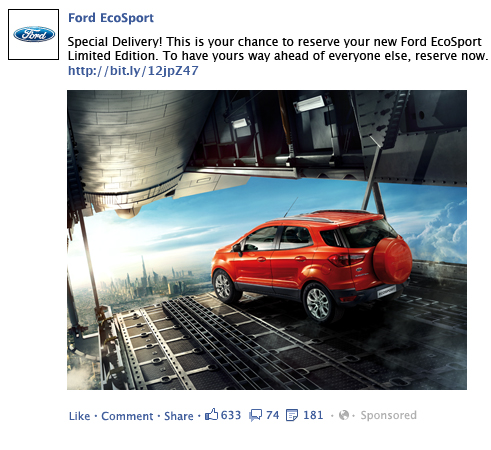 A great example is the launch of the Ford EcoSport, which was promoted as a piece of technology to people who had identified themselves on Facebook as genuine technophiles. The conversion rate was enormous, with vehicles selling out across 11 countries. By focusing on relevance and unlocking its creative potential, Ford was able to match a story with an opportunity, driving business success for the brand.

3. Building for a multi-device world

The rapid shift to a multi-device world is the biggest change we’ll experience in our lifetime, and it will demand a radical transformation in the way we design, distribute and invest in our ideas. We have to move away from a world of immersive microsite islands and deep experiences to one in which we meet people where they are and with content they want.

With more than 1 billion people using the platform every month on mobile, Facebook is at the centre of this shift. So building for Facebook is a good indicator that you’re showing up where people are, and thinking realistically about how they’re connecting with ideas.

One agency that has embraced this change is Droga5 with its work for Newcastle Brown Ale. The ‘If We Made It’ campaign is an amazing example of atomised storytelling across multiple devices. It’s designed to be consumed piece by piece, which enhances the experience for consumers and drove significant success for the business.

There’s an enormous value to great creativity in the Facebook ecosystem – whenever we look at people who are investing behind work, great creative does exponentially better. The feed rewards craft, bravery and creativity, but great ideas need to reach the people that matter at a scale that matters. Amplification is an integral part of the media and creative marriage that we see coming together.

That isn’t just true for Facebook; it’s true of all digital media. If you are doing something that’s astoundingly good, you want to make sure it reaches the people that matter – at a scale that’s going to empty warehouses and build factories. The core question any brand should be asking is, ‘Did this fundamentally achieve our business objectives?’ In most cases, on most days, that’s going to require investment to make sure it delivers.

5. Start with the business objective and execute boldly

When we looked at what separated the great work on the shortlist from the simply very good, alongside the criteria we laid out about leveraging the platform, using our tools, demonstrating creativity and achieving business results, the jury was also focused on originality. There was a lot of work that was impressive, but we felt that we’d maybe seen something similar in a different guise. The Gold and Silver winners had a freshness and originality that the jury felt set them apart.

It didn’t matter if the idea itself was a $3m film or an amazing offer to drive in-store trialling – we saw success across a wide variety of activations. 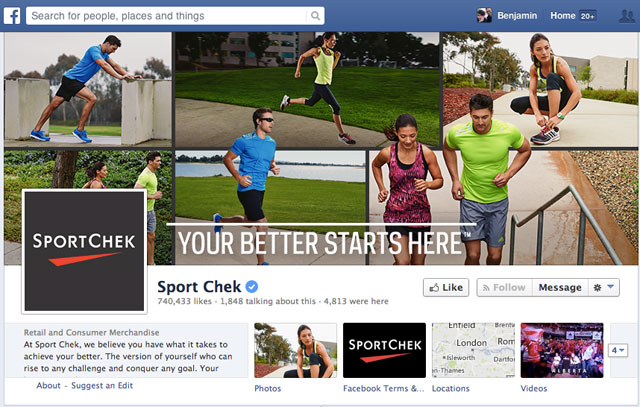 One Silver Award winner from SportChek and its agency, North Strategic, in Canada was a social flyer that replaced the Sunday circular in a newspaper. The work was brilliant. Rather than start with a big, sexy idea, Sport Chek really asked itself about its business objective, about who they were trying to engage and about how they could give those people extraordinary value. And that’s what we think is the mark of a great campaign.

How to transform your employees into an army of brand journalists

Promoted posts are a quiet revolution in the value of social

Facebook ad revenue leaps $1bn as it invests in targeting