The US remains No. 1 in the roundup of print and TV advertising

The Gunn Report, an annual publication that details the most successful print and television advertising campaigns of the year, today released its 2014 results.

Among the highlights: Germany's Forsman & Bodenfors is the world's most-awarded agency, BBDO tops the list of networks, and F&S' Volvo trucks spot wins for most-awarded film campaign. Meanwhile, the US remains solidly at the top of the awards ecosystem. 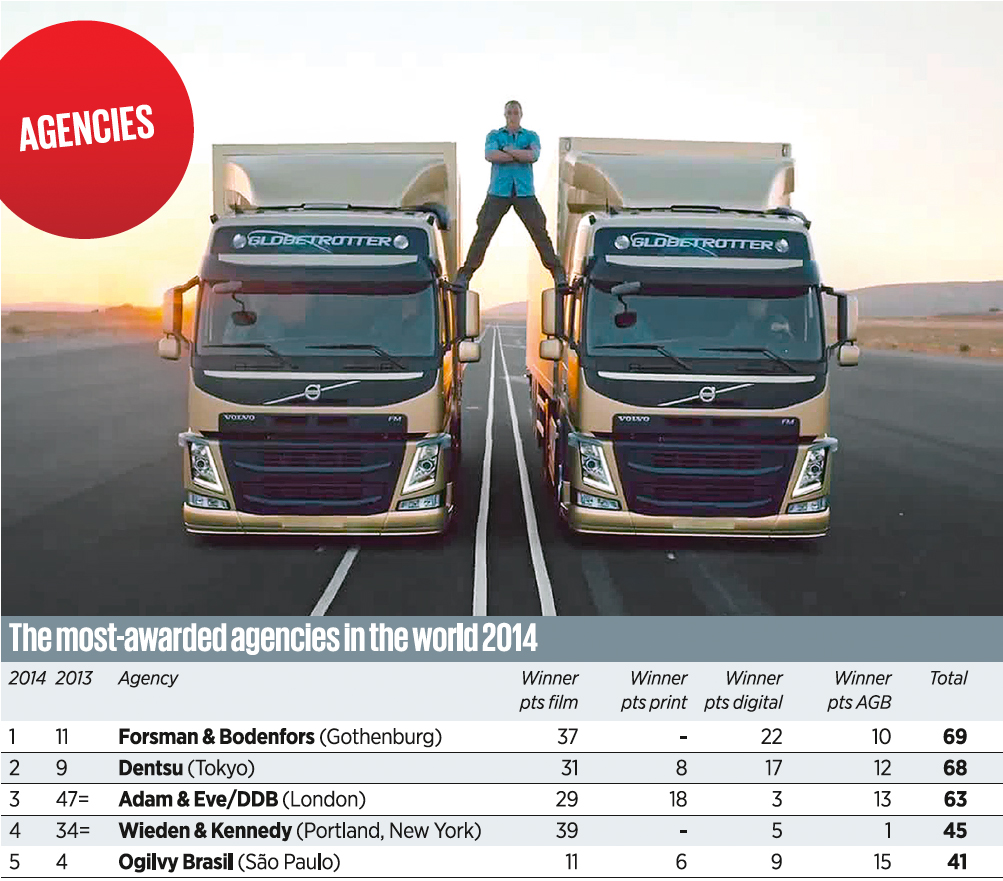 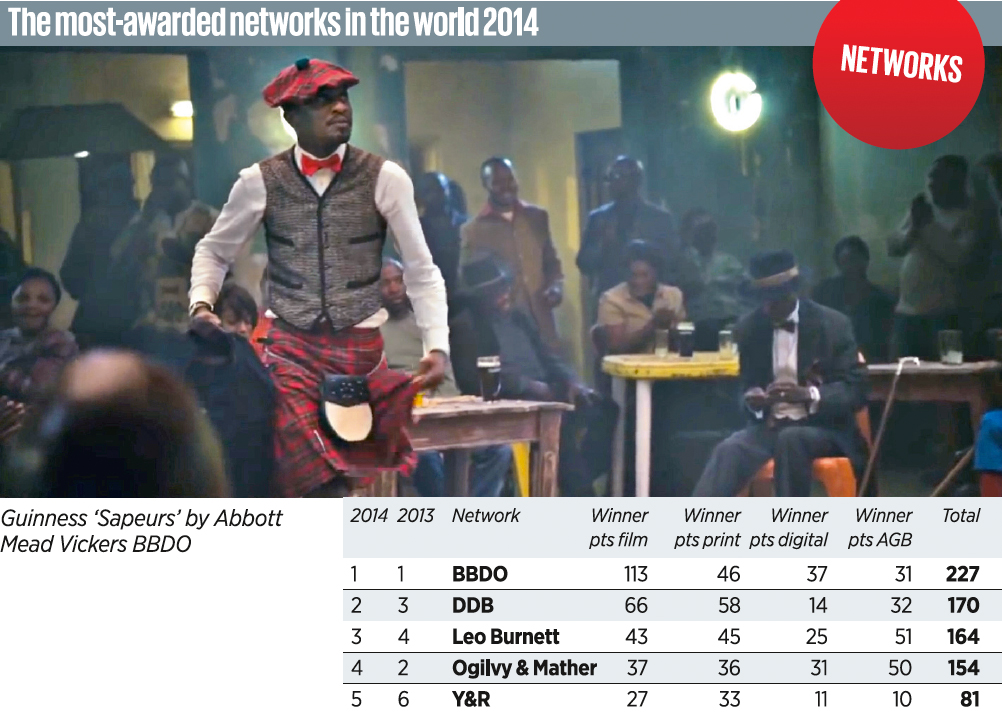 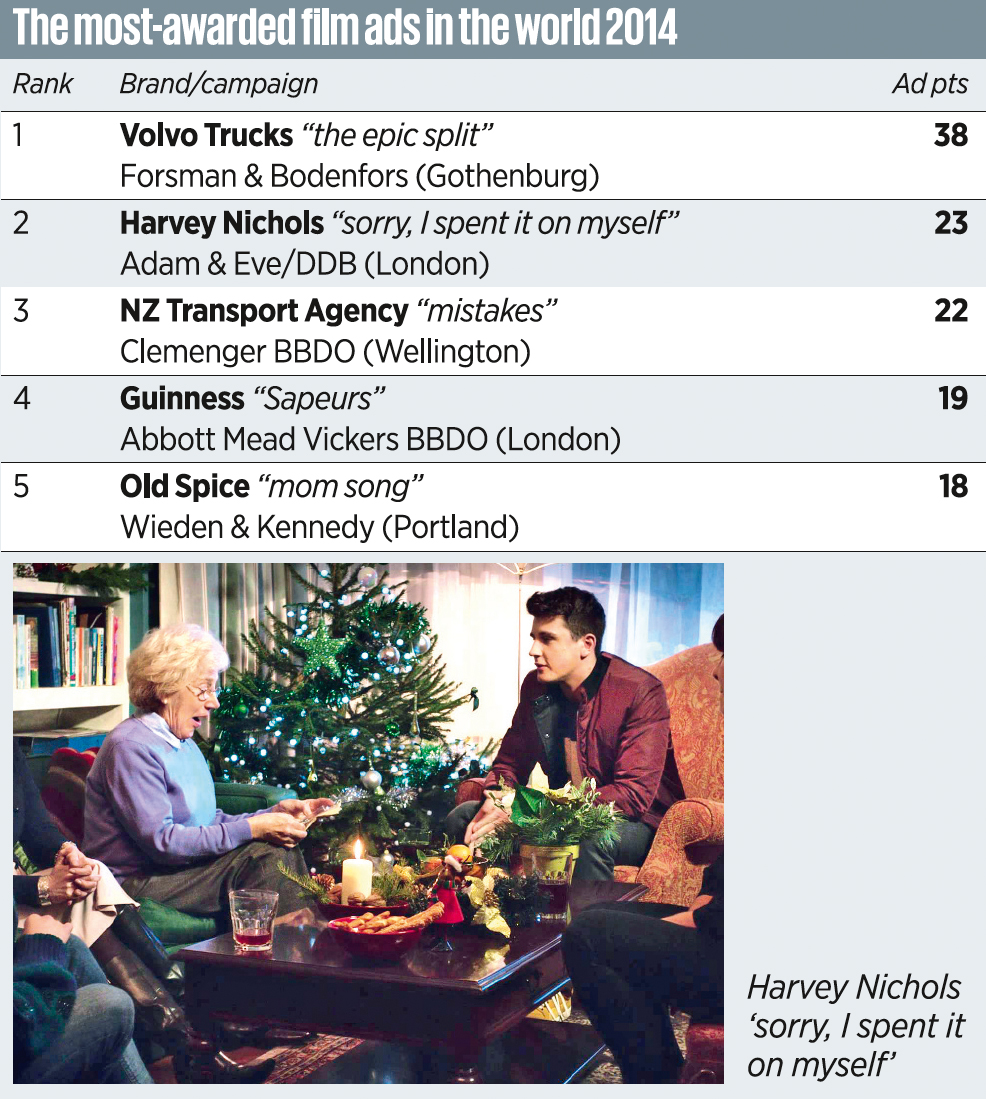 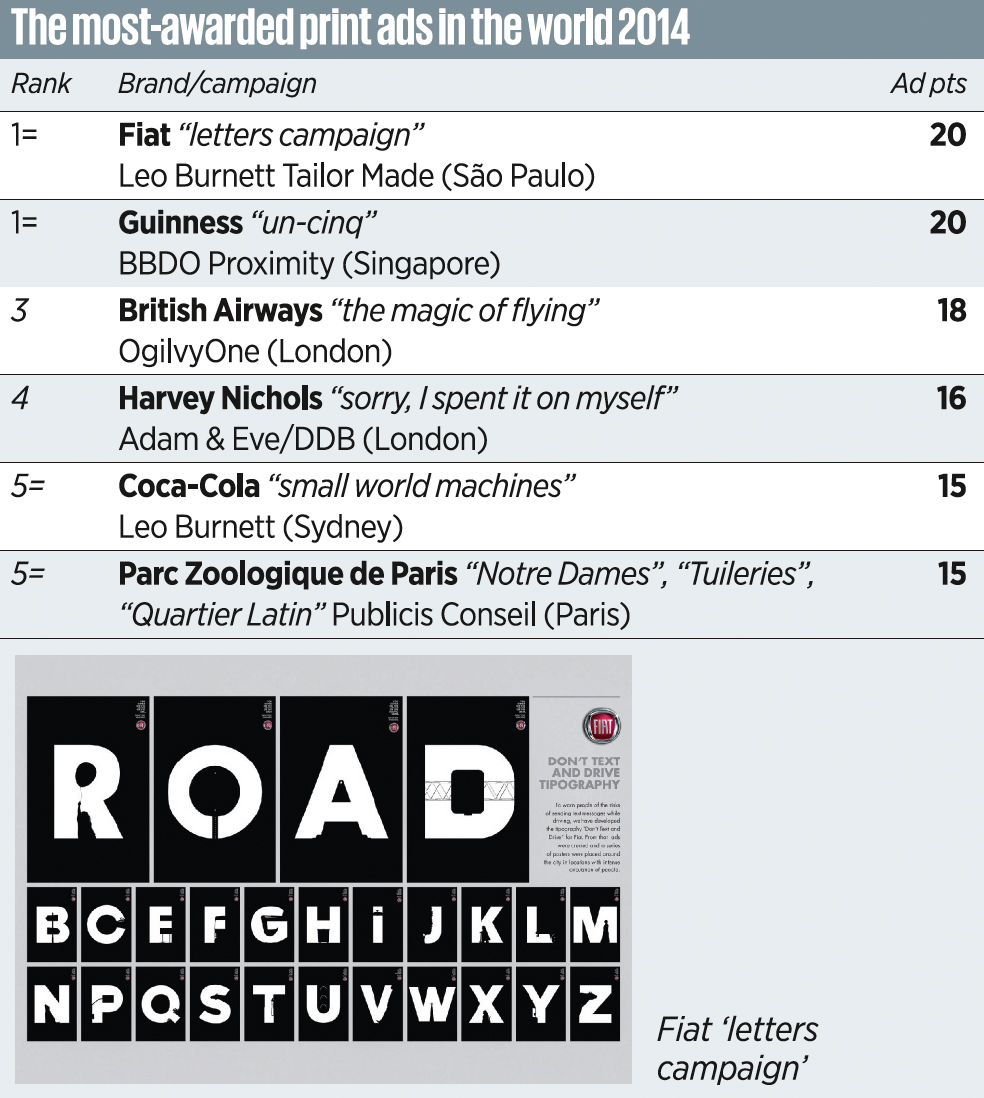 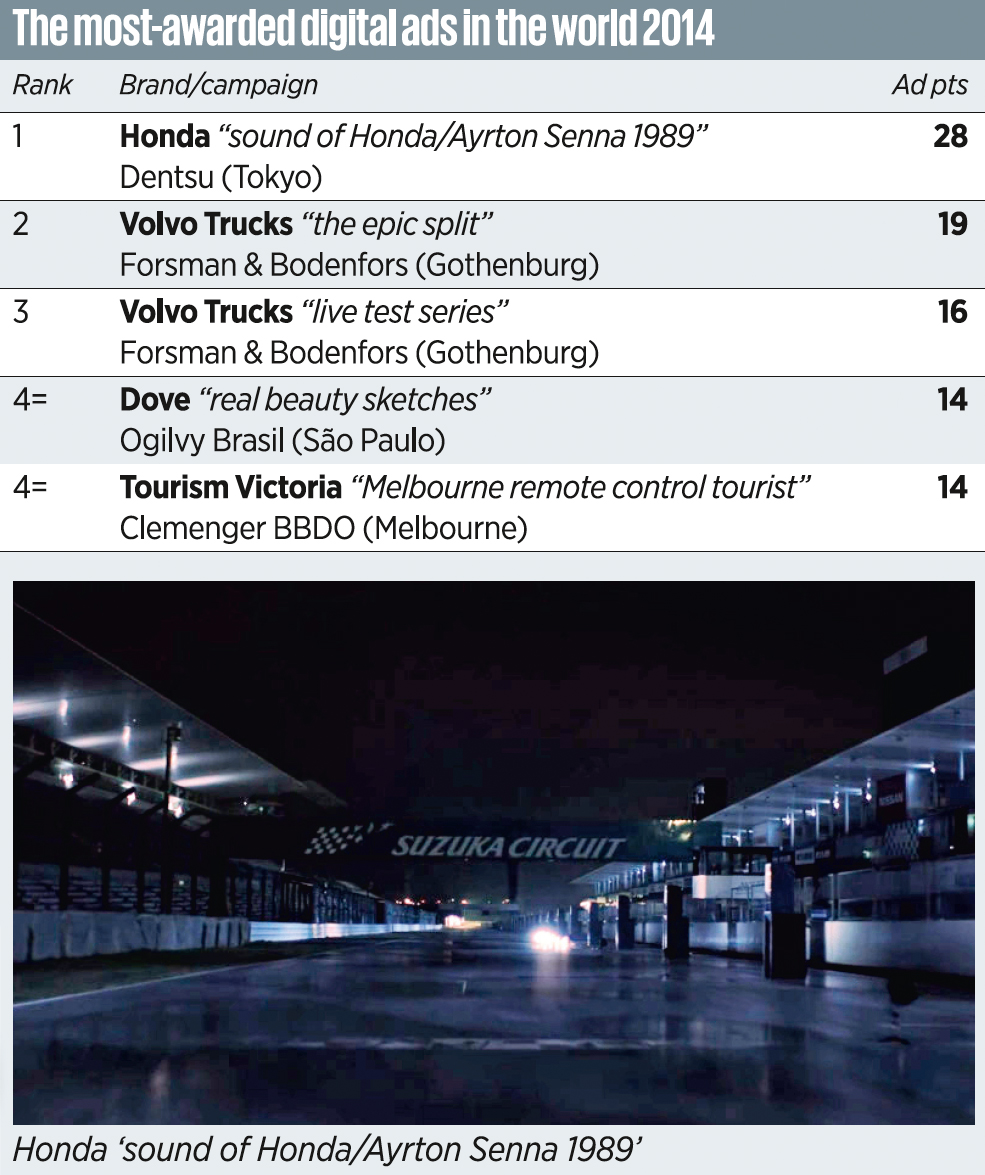 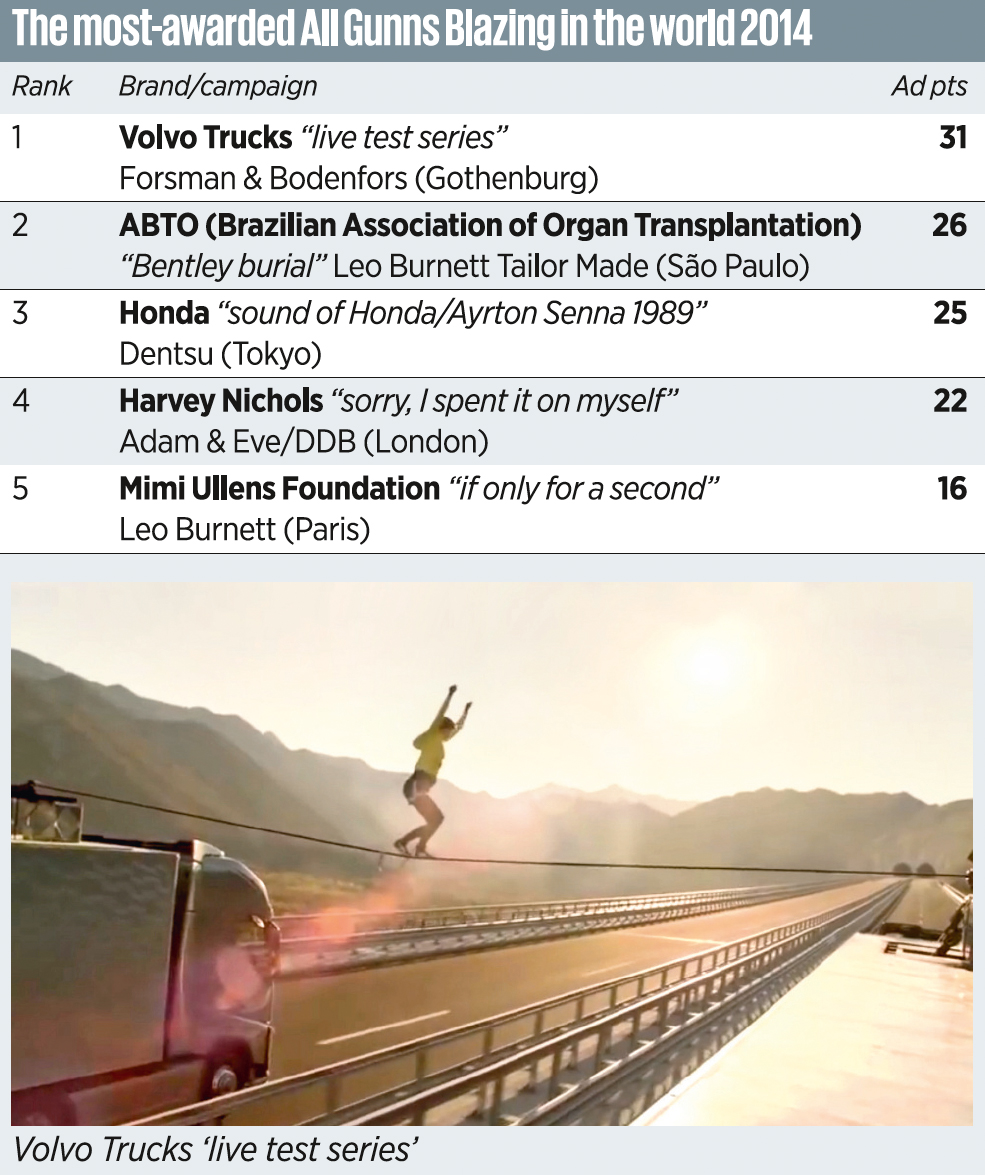 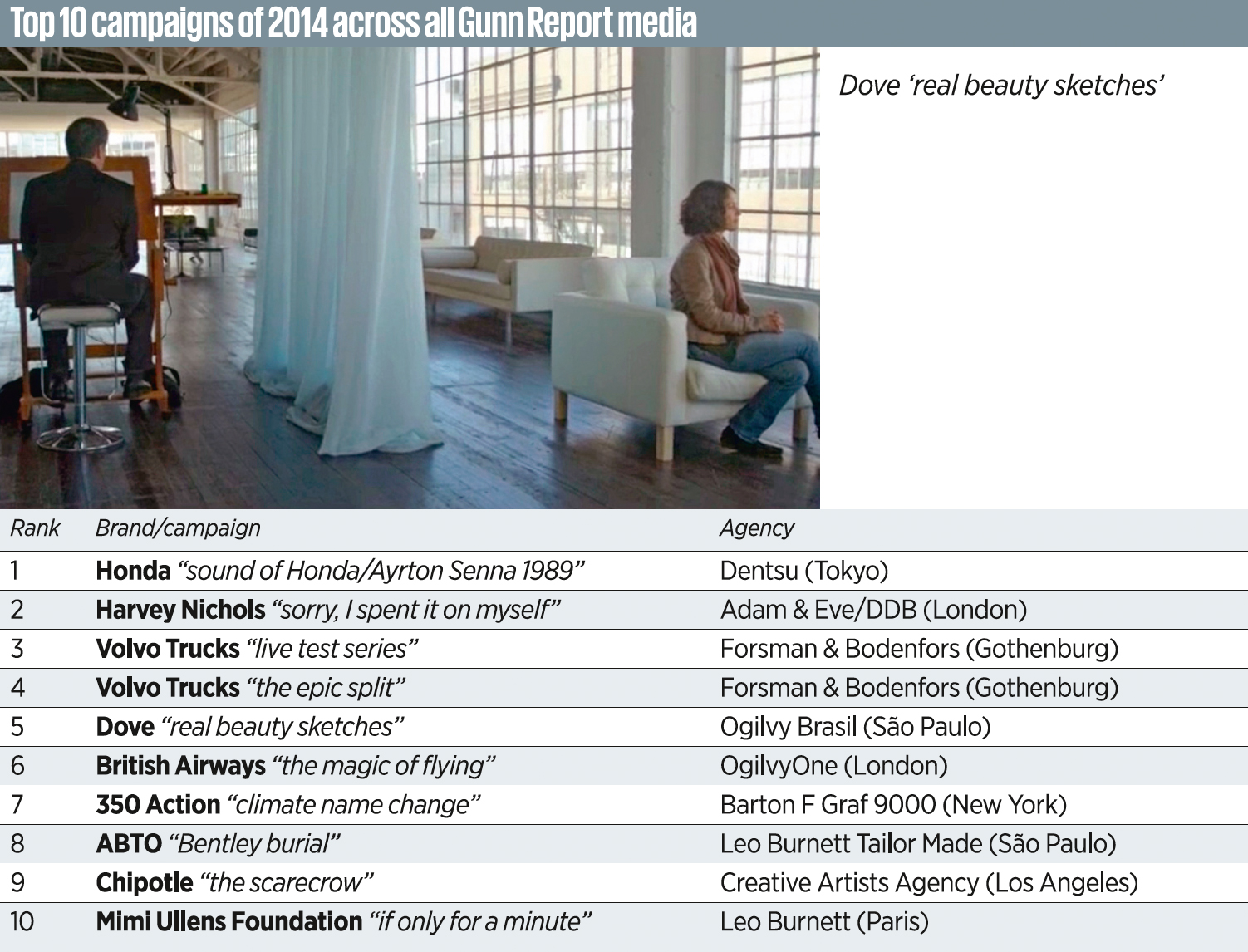 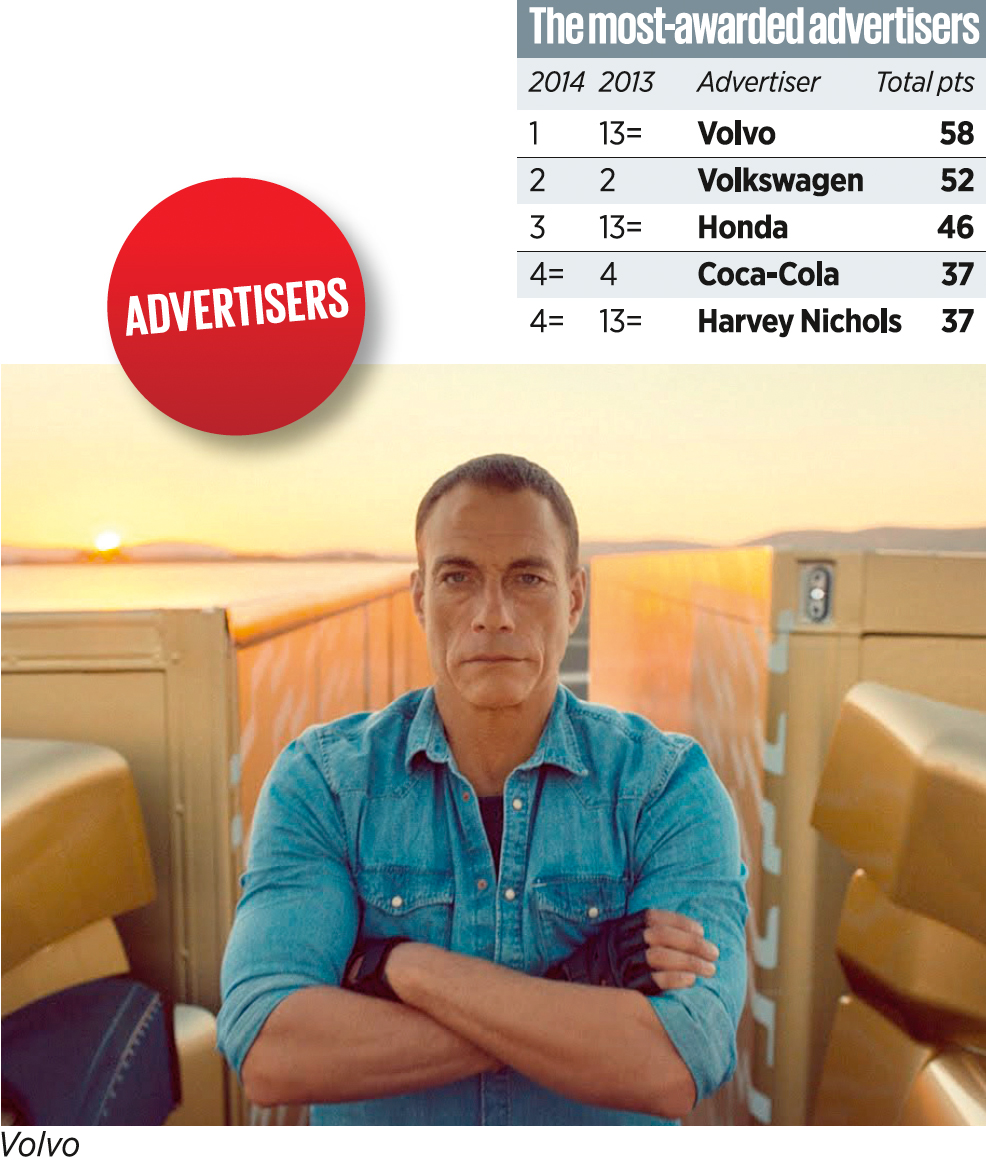 If 'Slow Down GPS' Forsman & Bodenfors

WPP tops Effie Index for fourth year in a row

BBDO's Chris Thomas to head the Americas in regional reorg