While Catholic priests have this week warned that celebrating Halloween could encourage satanism, brands in the UK and overseas clearly don't share the clergy's view.

Marketing has already run a piece about the scariest ads of all time. However, we thought we'd look at some of the activity being done by brands for this year's celebration of the supernatural. In no particular order, here's a selection. Happy Halloween!

This ad for Ikea by BBH Singapore is our favourite of all the Halloween offerings we've seen. It quite brilliantly pays tribute to Stanley Kubrick's spine-tingler, 'The Shining'.

The app is being promoted via digital and print ads, on social media and in-store. Here's a video explaining it:

Tesco is facing a lot of scary issues at the moment, so perhaps this is why this tweet promoting its "fabulous kitchenware", well, isn't that scary.

If you ask us, Halloween is just another excuse to show off our fabulous kitchenware. http://t.co/6a8rEchQvL pic.twitter.com/mL5mZv2SSS

Ford in the US had car passengers scared out of their wits in a prank that saw a normal-looking carwash invaded by the undead. Personally, we found the morose carwash staff scarier pre-reveal. The resulting prank has been captured on film.

This is bordering on insanity. Tunepics founder Justin Cooke has launched a range of nifty, limited edition Halloween filters that lets users add creepy effects to their photos, which they can then post alongside their favourite tracks, whether that’s Michael Jackson’s seminal ‘Thriller’ or Cliff Richard’s not so seminal ‘Devil Woman’.

The best #Halloween Tunics will be "re-tuned" on Tunepics’ global page. 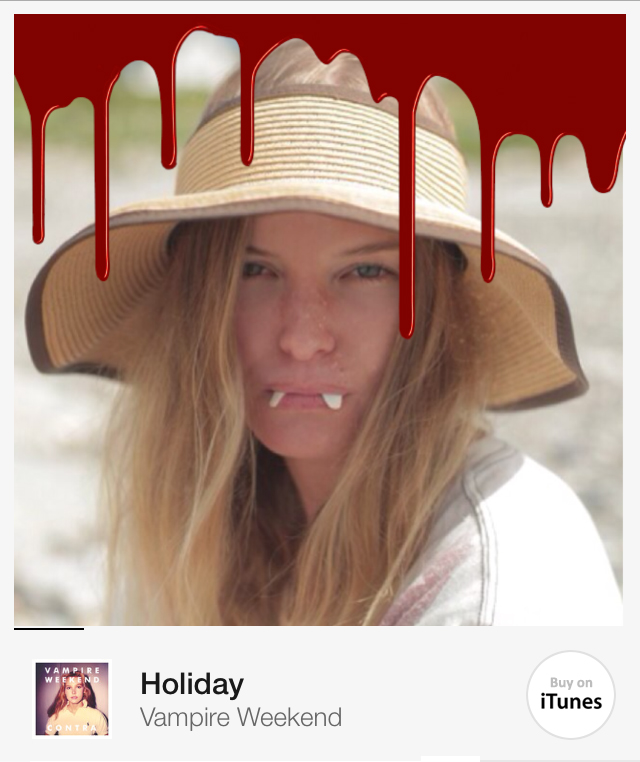 Asda and its agency VCCP have created a humorous Halloween ad called 'Halloween - Blow Me Away' in which a family decked in vampire garb arrives at the door of another family. "Woah, what a frightful family," intones the voice-over. "Oh blow me away - inflatable wings!"

The ad ends promoting Asda's "hundreds of tricks and treats for just £1" and the "You're better off at" line curling into a befanged vampire grin. It was created by Ilana Salem and Janetta Lewin.

Hats (and heads) off to VCCP for getting another of its clients into the spirit of All Hallows'. This time it's mobile operator O2, for which VCCP Kin has created an 'O2 Possessed' haunted house experience using connected Samsung devices and other smart tech to monitor visitors' heart rates, create lighting effects and film their experiences. 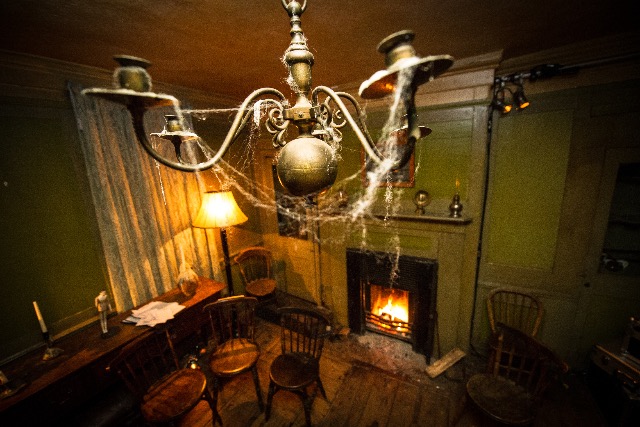 The experience is taking place in a house in London's Shoreditch, a killing ground for celebrated serial killer Jack The Ripper. Guests include winners of a social media-driven competition and O2's Priority customers.

Mondelez's Oreo brand has launched a US digital campaign called 'Laboratorium', with an art style reminiscnent of classic 1980s UK claymation series 'The Trap Door'. Agency 360i has created a mini-series of stop-motion animations starring a cute group of little monsters called "Nomsters".

Fans are being asked to name each of the creatures in the build-up to Halloween, which are appearing in bite-sized videos.

Not all Halloween ads have delighted viewers. One in particular has managed to only frighten sensibilities. In the US, sandwich chain Subway angered many with an ad in which a woman highlights the health and low-fat qualities of Subway's subs, allowing her to stay trim and fit into sexy Halloween costumes.

That bastion of feminism The Daily Mail even waded in with a story.

Subway was clearly suitably chastised and removed the video from its YouTube channel. Here’s a version still live:

While this ad for Lithuanian water brand Vytautas is also undeniably sexist in a manner reminiscent of the titilation of the ''Carry on...' films, it does at least have the decency to be completely bonkers, and quite gory to boot. Created, by agency Superior, it has to be seen to be believed.

Online coupon brand is offering its customers the chance to win a 'Trick or Treat', with over 100 loo rolls and tubs of Haribo being offered up. So far, Groupon has sold over 20,000 bids.

Groupon said it has already sold over 20,000 bids for this. "You can decide for yourselves which is the trick and which is the treat" explains the offer. 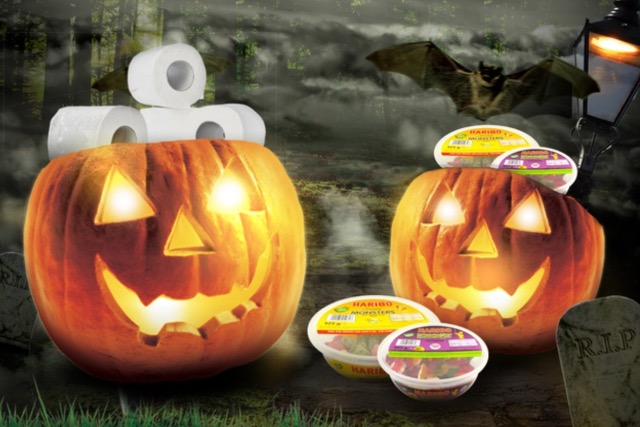 Samsung played a zombie prank on customers at its Westfield store, to promote its Curved UHD TV. Unsuspecting shoppers where helped by a female sales assistant, who encouraged them to look closely at the impressive resolution on a display TV. As their attention was distracted, the original sales assistant did a quick swap with a zombiefied doppelganger. Cue much screaming.

JWT London has taken the knife to a Cherry Bakewell, cut it in half and cleverly created a pair of demon eyes because "Trick or treating is better with cake". 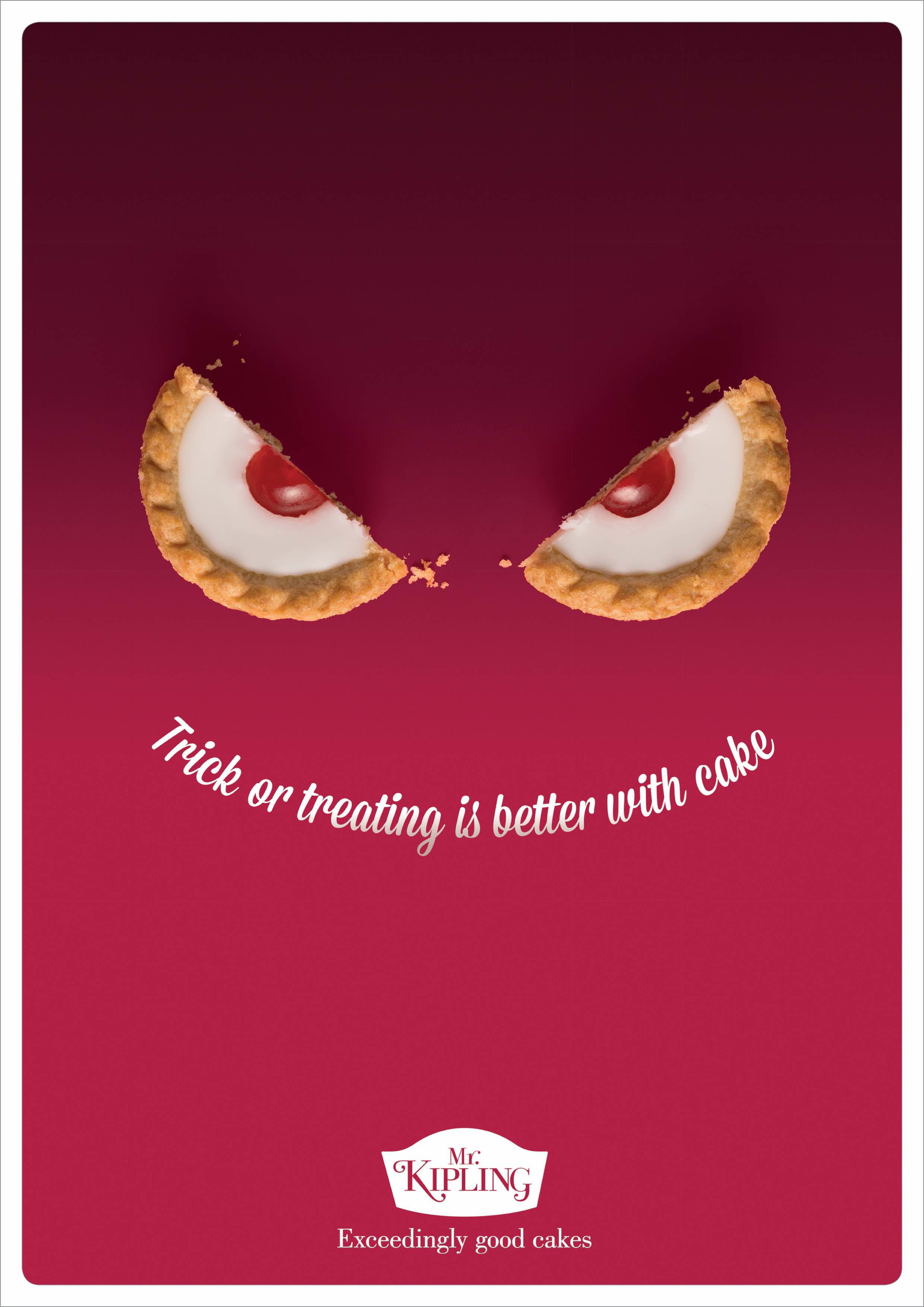 Another gem from BBH Singapore, this spot references Japanese horror 'Ringu', 'Friday the 13th' and (weirdly) 'Rambo'. The ad is designed to get consumers joining the "quest to rescue Lolli from the haunted house".

How Philips is rewriting its post-split digital marketing strategy

Halloween time: The top 15 most-shared scary ads of all time