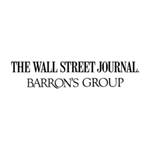 The Wall Street Journal | Barron's Group’s David Minkin is uniquely well placed to talk about how the death of the third-party cookie is impacting both advertisers and premium publishers.

He is the vice president of strategic planning & delivery at the Exchange, The Wall Street Journal | Barron's Group’s in-house adtech company. On 2 June he spoke at the Campaign Connect event, sitting down (virtually) with Campaign’s editor-in-chief, Gideon Spanier, to discuss the future of advertising and the role of first-party data in that future.

How the crumbling cookie is changing the world
“As the cookie crumbles,” said Minkin, “you’re going to see a bifurcation of the advertising world into haves and have-nots. The haves will include walled gardens and premium publishers who have access to lots of first-party data. The have-nots are almost everyone else, but particularly publishers who don’t have that first-party data and who consequently don’t know their audience.”

Minkin pointed out that The Wall Street Journal | Barron's Group was one of the first publishers to adopt a paywall, as far back as the 1990s. This has given it not just a rich seam of data, which it can use to develop a detailed and nuanced understanding of its audience. It also means it has the time and incentive to develop tools that allow it to both better service that audience and more efficiently reach it with advertising it wants to see.

“It all comes back to trust,” he explained. “Loss of cookies gives consumers greater control. Increased privacy regulation, such as the GDPR, gives the consumer greater control. The more transparency you have, the more users will trust advertising. That drives a virtuous circle, with further trust encouraging greater engagement, which builds further trust — and so on.”

“It’s about developing value exchange,” said Minkin. “What makes the customer’s life better and makes them want to engage more? Then taking the information they share, how can we make a positive feedback loop that benefits both advertiser and consumer?”

The advantages for advertisers
To illustrate how this can be achieved, he used the example of Safe Suite, a brand-safety tool developed by The Wall Street Journal | Barron's Group for use on its platforms. Drawing on the The Wall Street Journal | Barron's Group’s in-depth understanding of its readers, its content and how the two interact, Safe Suite optimises advertisers’ lists of blocked keywords. This allows them to avoid more content that isn’t brand-safe for them while reducing the rate of false positives, content that’s blocked even though it’s actually brand-safe.

“Recently, an advertiser came to us with a block list that was 763 words long,” said Minkin. “This list blocked 81% of negative articles, those critical of the brand, but also 55% of articles which were positive about the brand. Running the block list through Safe Suite produced an optimised list of just 42 words. This list blocked just 23% of positive articles. And despite being much shorter, it blocked 90% of brand-negative articles: a higher percentage than the original long list.”

This is possible, Minkin explained, because of the deep and long-standing relationship premium publishers such as The Wall Street Journal | Barron's Group have with their readers. “We’re a source of trusted business news,” he said. “But it goes much deeper than that. As a premium and trusted publisher, we have the power to convene communities. We can take them from the content through to events and other deeper forms of engagement with advertisers.”

Are UK government plans to roll back GDPR good news for adland?