Haymarket Media Group announce the continuation of their partnership with small parent-led charity, Skylarks, for whom they have raised over £70,000 in the last year.

Haymarket Media Group announce the continuation of their partnership with small parent-led charity, Skylarks, for whom they have raised over £70,000 in the last year.

In December 2018, during their annual Christmas Party at the Hilton Park Lane, Haymarket Media Group announced their new charity partner would be Skylarks, previously known as Me too and co. The small Richmond-based charity provides a supportive and active community to over 600 families with children and young people with disabilities and additional needs by offering care, therapy and advice.

Haymarket’s CEO Kevin Costello said of the partnership: "We care deeply about our local community, so working with a charity within our borough is a huge privilege.

"From our first meeting with Skylarks, we instantly felt a connection and loved their energy. Through their own personal stories, they have come together to help many more, and we felt Haymarket had the right internal resources to support and help them grow."

In the past year, Haymarket Media Group have helped raise over £70,000 from the generosity of their employees and initiatives run internally. The money raised will be funding Skylarks new advocacy and counselling services, which will allow the charity to expand to help even more families and children in need.

The cycling team smashed their original £25,000 goal before they set off so increased it to £40,000 - only to breeze past this total as well. 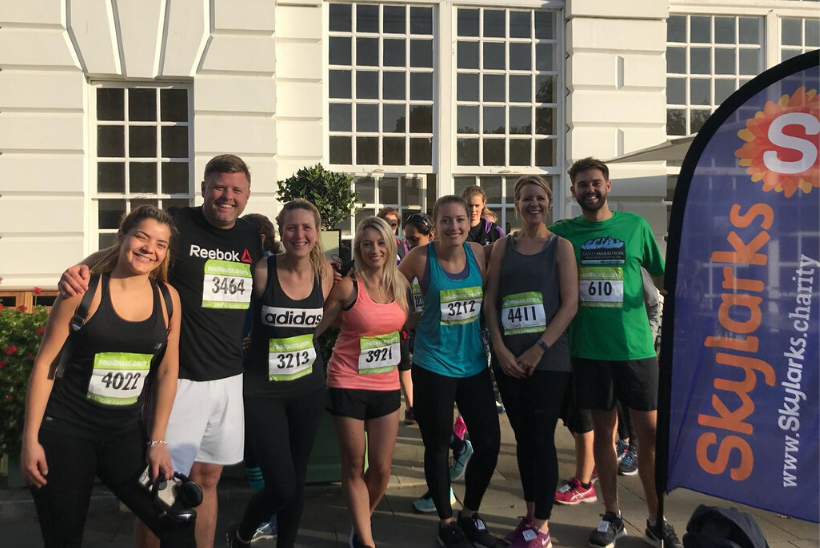 On 14th and 15th September, Haymarket’s Running Team took part in RichmondRunFest to raise even more money for Skylarks.

With the glorious weather on their side, the team took part in two of the festival's events - the Kew Gardens 10k and the Richmond Half Marathon.

The team of 23 runners raised an impressive £6,000 for Skylarks - which doesn’t include the £1,366.76 raised by HBM’s Michael Scowen for his combined cycling and running exploits.

As well as the above, Haymarket has run some less-physical activities to help raise money for Skylarks. These include a range of bake off competitions, Christmas and Easter raffles and collections at their Awards events, which alone raised over £20,000.

Rebranding Me too & co

Skylarks were previously known as Me too & co but, after the global movement against sexual harassment and assault #MeToo spread virally in October 2017, the ramifications were inevitable for the charity.

Not only did the staff and trustees want to break away from the hashtag’s connotations. They felt the time was right to reinvent the organisation and find a new name that would grow in line with its increase in size and the demand for its services.

Working in close collaboration with Haymarket’s owned media agency Wonderly, and with the input of staff, parents and trustees, Me too & co rebranded to Skylarks. 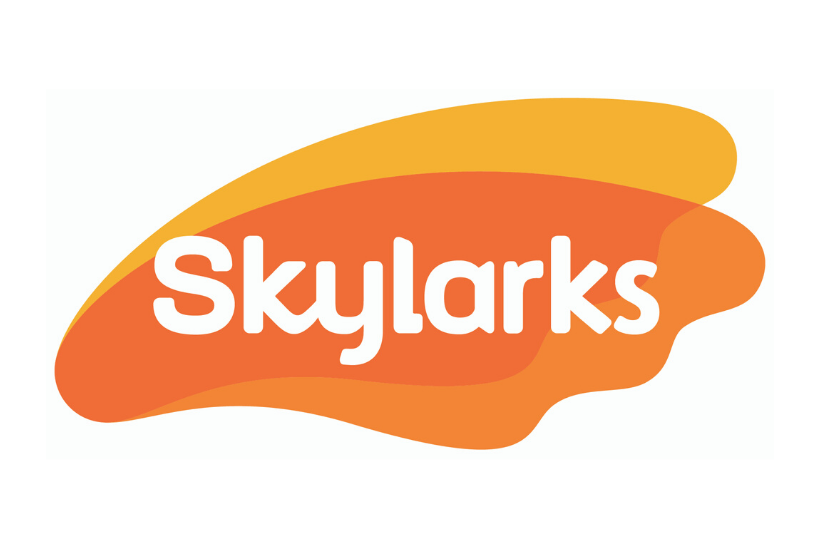 Skylarks is the perfect name for a charity that represents so much. It’s not a showy bird; and is certainly not known for the earthy tones of its unremarkable plumage. But beneath this modest exterior lies a secret – its unusually beautiful song that has led to the skylark symbolising ultimate joy. Each individual bird’s song is slightly different, just like every child or young person’s story – and needs – are utterly unique.

Wonderly designed the new branding for the charity, which included a new logo and brand assets to truly break from Me too & co.

Speaking about their official name change, the charity’s Chair Jennifer Peters said: "The rebrand means we can now move away from the connotations that have held us back over the last few years and we can now concentrate on supporting more and more families.

"Changing our name to Skylarks provides us with some exciting new opportunities to grow and develop our organisation into something more."

Haymarket Media Group’s work with charity Skylarks, has shown what wonderful, supportive and caring people their employees really are. From physical exertion to baking into the early hours, the work that many of the people at Haymarket have done is inspiring, not least because of the incredible difference it has made to a local charity and the community.

Haymarket continues their partnership with Skylarks into 2020, with more initiatives and activities planned to further support and amplify this small charity doing so much for the children and their families in the Richmond area.

What is it like to work at Wonderful Workplaces?