Sorry doesn't seem to be hardest word for some, but do they mean it?

When it comes to the business of owning up to mistakes or bad behaviour, there are many ways of expressing regret – but some more genuine and heartfelt than others.

Sorry is a word that is easy (for some) to say, but harder to mean. Campaign sister title PRWeek looks at some of the notable public acts of contrition from the past year, as well as Prince Andrew's remarkably unapologetic performance on the BBC's Newsnight last month. 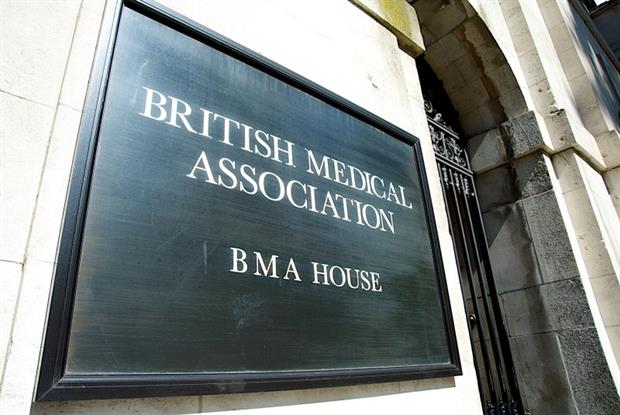 The British Medical Association was on the defensive after it emerged that female doctors had suffered from sexism and harassment within its GP committee.

The row prompted BMA chair Dr Chaand Nagpaul to state: "I want to say I'm sorry to them and offer my heartfelt apologies on behalf of the whole association."

He promised that the medical body would not tolerate "sexist, disrespectful, discriminatory and abusive behaviour" and that an "urgent investigation" would take place.

Committee members Dr Zoe Norris and Dr Katie Bramall-Stainer remarked: "While we appreciate Chaand's public willingness to acknowledge and tackle this behaviour, there now needs to be some serious reflection inside the BMA."

In a joint statement, they added: "The proof will be in its actions… and needs to be owned by the whole BMA and not simply a token gesture." 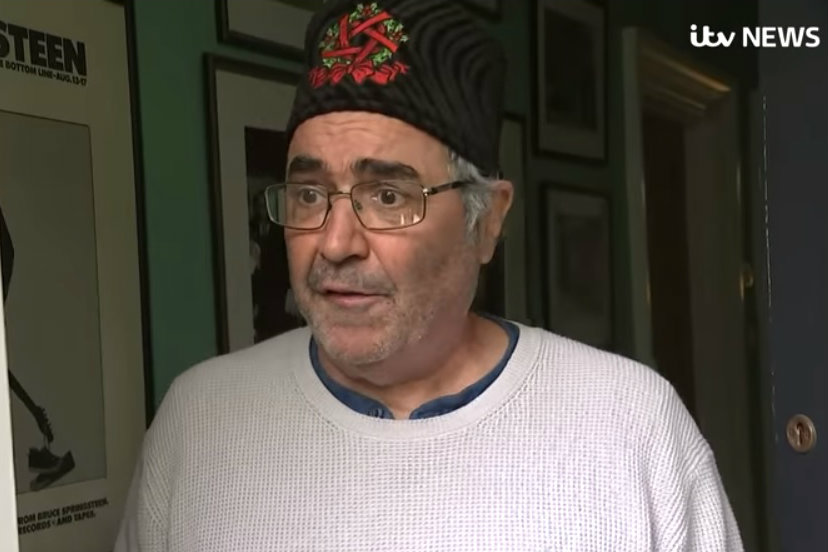 Danny Baker (pictured, above) hit the headlines in May, when his use of a chimpanzee to mock the Duke and Duchess of Sussex’s newborn son Archie fell spectacularly flat. Baker had tweeted a picture of a couple walking with a chimpanzee in a suit, with the comment: "Royal baby leaves hospital."

Amid a furious response on social media, with Baker accused of making a "racist" joke, the presenter was sacked by the BBC, where he presented a Saturday morning show on Radio 5 Live.

His initial response to the controversy fell far short of an unqualified apology, with Baker tweeting: "Sorry my gag pic of the little fella in the posh outfit has whipped some up. Never occurred to me because well, mind not diseased. Soon as those good enough to point out it's possible connotations got in touch, down it came."

In an interview on LBC, Baker defended the tweet as a "joke about class".

Eventually, two days after the offending tweet, he posted another in which he said: "Following one of the worst days of my life I just want to formally apologise for the outrage I caused and explain how I got myself into this mess. I chose the wrong photo to illustrate a joke. Disastrously so." 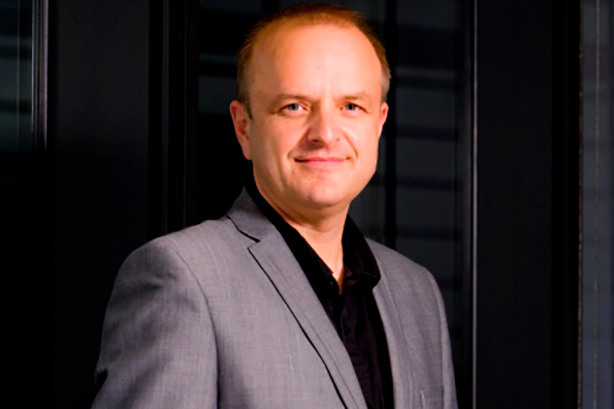 A member of staff at advisory consultancy Teneo who got drunk and proceeded to vomit over the office carpet was suitably apologetic, but their remorse did not calm the anger of chief executive Gordon Tempest-Hay (pictured, above).

In an email to staff, leaked to The Times, Tempest-Hay threatened to shut down the agency’s London Bridge office bar and told staff their behaviour had got "out of hand".

He added: "Over the last few weeks, we have had: someone get drunk and throw up over the carpet (they've apologised, but still); someone – I can't put this any less bluntly – poo in the shower; someone mess their underwear and leave it for the cleaner.

"Not only are these things inappropriate for a workplace but it is totally unacceptable to expect our lovely cleaning lady to clear up the resultant mess." 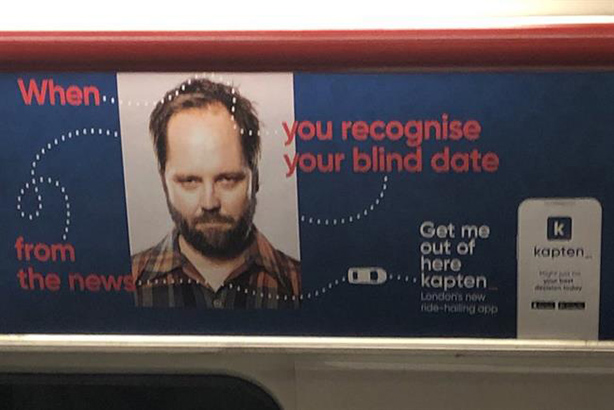 Transport for London resorted to a standard non-apology when a billboard for taxi app Kapten was accused of making light of men who commit crimes against women.

The offending poster showed a sinister-looking man not too far removed from the character played by Jack Nicholson in The Shining, with the caption: "When you recognise your blind date from the news… Get me out of here Kapten."

In a statement, a TfL spokesperson said: "This advertisement was approved in error and we apologise for any offence it has caused.

"We are working to ensure that it doesn't happen again. The advertisement does not meet the requirements of our advertising policy and is being removed from across our transport network. Kapten have also said they will not use this poster in any future campaign."

Proud to be announced as @childline's first LGBT+ campaigner. The wellbeing and empowerment of LGBTQIA+ identifying children and young people is something that I have been passionate about throughout my career as an activist. pic.twitter.com/baSnTo7S7X


NSPCC chief executive Peter Wanless had to apologise personally to a celebrity ambassador the charity had sacked.

The next day, the charity issued a statement denying Bergdorf was an ambassador, saying that "she will have no ongoing relationship with Childline or the NSPCC".

Bergdorf, who denied she had ever taken part in pornography, hit back and accused the NSPCC of having "decided to sever ties without speaking to me, delete all the content we made together and back-peddle [sic] without giving any reason why."

This led to a public backlash against the NSPCC, echoed by 148 of the charity’s own staff signing a letter condemning the move.

On 12 June, the NSPCC issued a statement from Wanless in which he said: "I want to acknowledge first and foremost that we shouldn't have cut ties with Munroe Bergdorf in the way we did… I have spoken with Munroe today about the situation and have offered a full, frank and unreserved apology." 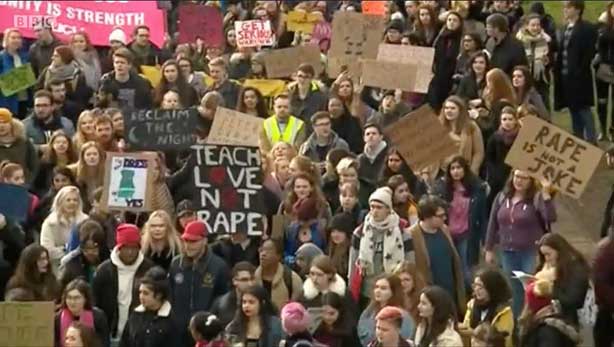 It took months for the University of Warwick to apologise for the manner in which it had dealt with complaints by female students who were the victims of violent fantasies, including of rape, shared by some male students.

The rape chat scandal emerged last year and anger at the way in which the university handled the matter sparked protests earlier this year.

The complaints had been investigated by Peter Dunn, the university’s director of press and media relations, leading to accusations of a conflict of interest. The university has since decided that communications professionals will not act as investigators into future complaints involving staff or students.

An independent review into the university’s student disciplinary and appeals processes, by solicitor Dr Sharon Persaud, stated: "There was a profoundly unsatisfactory outcome for almost every single person involved."

Warwick's action plan, released alongside the review's findings in July, said: "It is clear from Dr Persaud's report that we made some mistakes and we apologise for this – in particular, in how we communicated with the victims."

In an interview with the BBC, Stuart Croft, vice-chancellor of Warwick, said: "We are genuinely sorry. We have got this wrong. We have not supported them enough. We have not communicated enough." He also apologised for not speaking to the victims directly: "I should have been quicker. I should have reached out. I should have engaged."

Wrong but not sorry

Alex Deane (@ajcdeane), how dare you? If a sexual advance isn’t explicitly invited (i.e. consent given), it’s NEVER OK. Do you not recognise this? Your view & defence of the PM is so damaging and sympathises with sexual harassers. https://t.co/57uLOLrvgA

He was attempting to defend the prime minister, who had been accused of groping a journalist at a lunch during his tenure as editor of The Spectator.

Bizarrely, Deane decided it would be appropriate to quote the words of late Tory MP and womaniser Alan Clark: "How do I know my advances are unwanted until I've made them?"

The slip prompted a huge backlash against Deane on social media and he was mocked in Marina Hyde's Guardian column: "Listen up, girls: you are getting a full house in crap sex bingo if Alex goes straight for your inner thigh…"

Jo-ann Robertson, chief executive and partner at Ketchum UK, tweeted: "Grabbing someone on their thigh under a table without permission isn't an advance. It's assault. If it's an advance, use your words not your hands."

The following day, Deane tweeted: "I got it wrong on Sky yesterday quoting Alan Clark – it undermined the point I was making and moreover I shouldn't have repeated it as it doesn't reflect my views, as anyone who knows me will know."

Notable by its absence 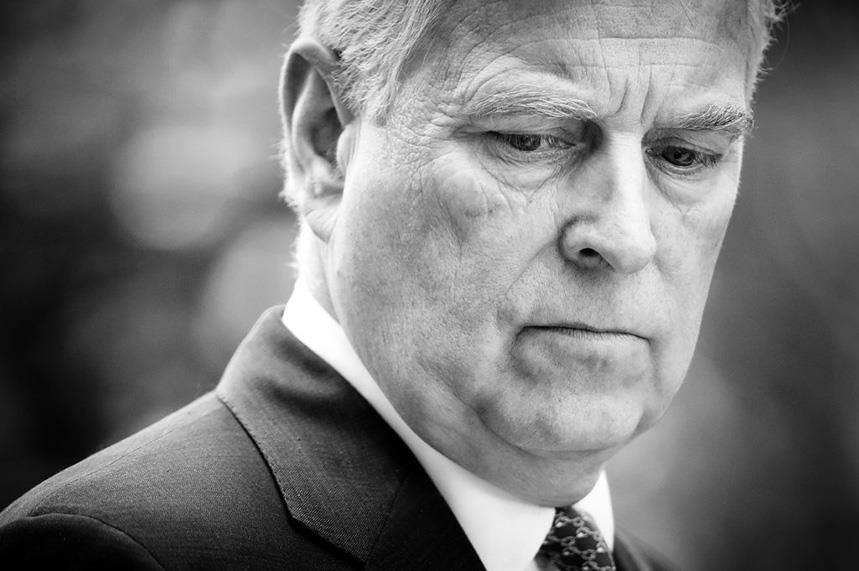 Prince Andrew (pictured, above) managed to get through a 50-minute interview with BBC Newsnight’s Emily Maitlis without uttering a single word of apology or even coming close to one.

He gave the interview to address mounting speculation over his friendship with convicted sex offender Jeffrey Epstein and allegations that Prince Andrew had sex with an underage, trafficked girl on several occasions.

The interview was described by PR guru Mark Borkowski as "a masterclass in PR disaster".

Jason Stein, a former advisor to Amber Rudd who was hired by Prince Andrew earlier this year, had advised against doing the interview and quit after his advice was ignored, according to a report in The Times.

The interview was notable for Prince Andrew’s apparent lack of remorse or sympathy towards the victims.

Asked whether he wanted to say anything to Virginia Roberts, one of Epstein’s victims, who accuses the prince of having slept with her, he said: "I don't have a message for her."

Since the disastrous interview, Prince Andrew has been stripped of royal duties and forced to stand down from all his patronages, including scores of charities.

Why does the ad industry keep making racist mistakes?