The tights brand said 40% of sales now come from shapewear.

Heist, the brand best known for tights, is challenging the "perception that shapewear is anti-feminist" in its latest marketing campaign, which launches today across TfL sites in London.

The out-of-home campaign will comprise posters posing the question: "Shapewear is anti-feminist, right?" It will run across 18 TfL sites in central London for the next two weeks, with commuters encouraged to join the conversation online using the hashtag #HeistTalk.

Heist launched a shapewear line last year developed by Lab12, its all-female innovation team. The range was created after asking more than 1,000 women what they wanted to see from the category, Heist said. 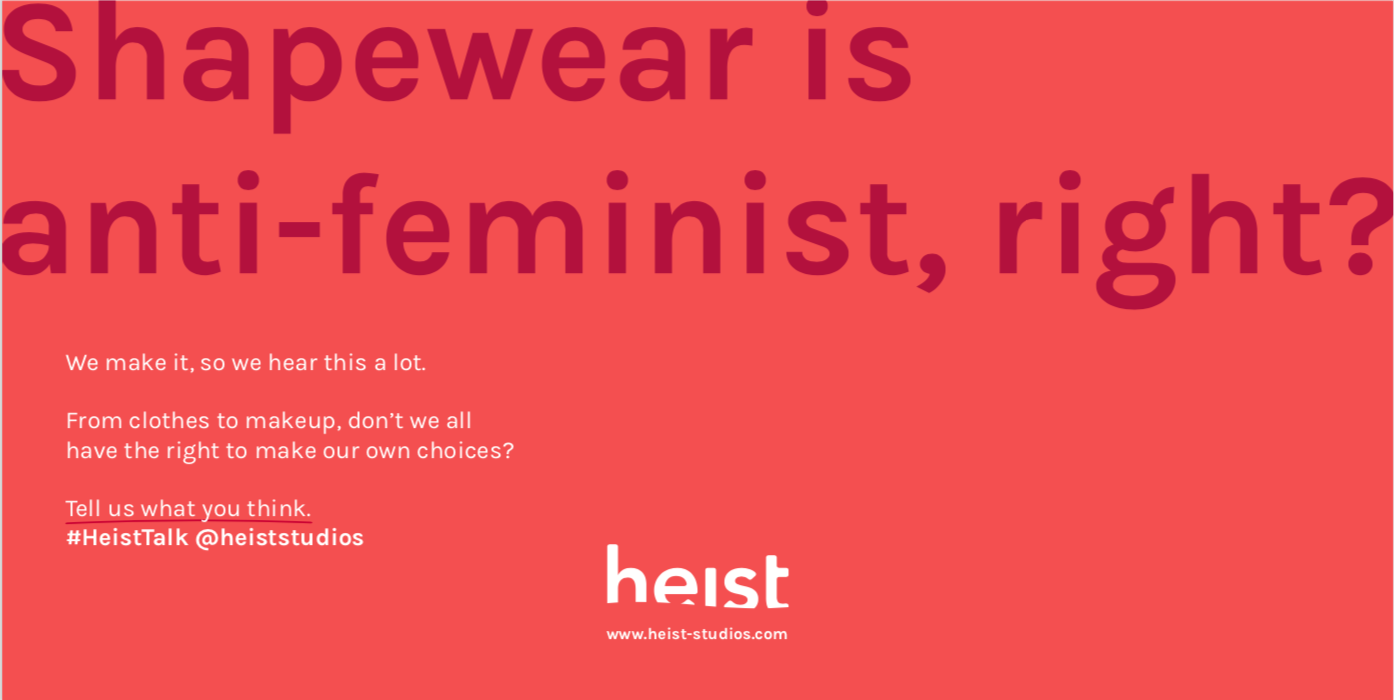 "This campaign addresses the fact that there is still a huge amount of stigma around shapewear; women are still shamed for wearing it – and for wanting to look and feel good," Heist vice-president marketing, Hannah Craik, said. Craik oversaw the creation in-house alongside creative lead Lucy Gabbie and creative Lisa Mallinson.

She told Campaign the biggest challenge for the brand in promoting shapewear had been striking the right tone, without feeling contradictory: "The way we want to go to market isn’t to make people feel they need a product that makes them look slimmer, but equally those are products we stock and we plan to add more next year.

"A lot of our customers do say that some days it makes them feel better to wear shapewear but… don’t want people to think of them as superficial," she added.

"With this activity, we wanted to have a discussion around a view that we hear a lot – shapewear is the modern-day corset, therefore it must be anti-feminist – because we think there is more to it. For us, just like with make-up, it's about having choice over your appearance."

Craik said that shapewear, introduced last year, already represented 40% of revenues, with more products set to be unveiled in the coming months.

Pick of the Week: Boob champs encourage us all to cop a feel

Hire female creatives based on talent, not tokenism

A view from Dave Trott: Get 'em out for the lads