We have long been used to the idea of studying consumers. It's a given. Marketers accept that the way to success is through insight into their lives and needs.

So we use focus groups to ask them how they feel about the brand, probe their innermost desires in in-depth interviews, and even camp out in their homes, video silently running, to capture the earthy hues of ethnographic veracity for our target-audience pen portraits.

It wasn’t always so. Back in the middle of the last century, brand-owners lived and breathed the product, and worked outward from that perspective. Consumers were people to sell to, the dutiful recipients of the bounty that manufacturers had become ever-more practised at providing. Detroit made huge cars because it could, and was inclined to, not through any evidence that a living room on wheels was what people really wanted.

It took an academic mind to observe this solipsistic tendency and conclude that it was not the most effective way to come at things. Theodore Levitt, in his landmark 1960 paper, "Marketing Myopia", laid down the foundations of our discipline with his tenet that "marketing must work backwards from the consumer". It caused a mighty stir: what is natural to us now was revelatory at the time.

This century is not without its own eye-openers. In 2005 a new bunch of academics trawled through the literature and concluded that the two-way dynamic between consumer and brand is, itself, too limiting. They showed how the lens could be widened further to encompass the broader culture in which modern lives are played out.

It is a rare marketer who looks much beyond the immediate consumer.

Their body of work is known as CCT – Consumer Culture Theory – and its adherents include some of the most celebrated names in the behavioural and consumption sub-disciplines.

Douglas Holt was an early apostle, with his formula for dramatising brand narratives by taking sides in prevailing cultural tensions.

Albert Muniz and Thomas O’Guinn identified the presence of "brand communities", arguing that they created value both for the brand-owner and consumers.

Nina Diamond and John Sherry analysed the phenomenal success of the American Girl brand, concluding that it was down to high levels of emotional engagement created through a socio-cultural approach to branding.

This theory’s most persistent champion is Grant McCracken. His deconstruction of breakthrough repositioning successes, such as Dove’s "Real beauty", shows why they could not have emerged from consumer understanding alone, but required the alchemy of cultural insight. McCracken goes as far as to recommend the creation of a new role in every brand organisation: chief culture officer.

Few have taken him up on that. In my experience, it is still a rare marketer who looks much beyond the immediate consumer and category. Time is too tight, the subject matter too diffuse, and the temptation to default to a couple of "quick-and-dirties" too great. And to be fair, when confronted with the homogenised views of the people with the money in their pockets, it can be hard to make a case for broader exploration.

Given the vastness of that milieu, and its awesome complexity when compared with the cruder consumer-brand axis, CCT is, first, an exercise in humility. As with the ancients, who came to realise that the firmament didn’t revolve around a small part of the Mediterranean after all, widening our gaze to the cultural level is to place our little brand story in its appropriate context.

On the downside, the brand is no longer the all-encompassing hero even of its own narrative. On the upside, it will have some kind of meaningful role in an unimaginably richer one. That is both the reality, and the reward, of daring to raise our sights. 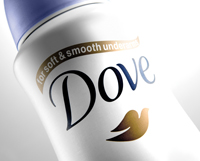 Dove’s "Campaign for real beauty" is a favourite for cultural brand proponents. As is now well-known, the Unilever brand team went beyond the classic "what do people think about my brand" research and explored wider societal perceptions of beauty. Dove then challenged cultural norms to become the voice of a different sort of beauty: more inclusive, earthy and international.

Holt has been a profes­sor of marketing at both Harvard and Oxford’s Saïd Business School, and wrote How Brands Become Icons: the Principles of Cultural Branding, in which he used the cases of brands such as Nike and Volkswagen to out­line the steps to progress from "mindshare" to the far more valuable "culture share". 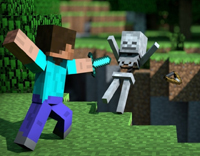 Seemingly a simple video game, Minecraft has captured the imagination of more than 14m players by adopting cultural-branding methodol­ogies. Its developers fostered a strong sense of community by launching upgrades with few or no instructions, to encourage player interaction, and providing opportunities to collab­orate. Players share a mutual affinity and sense of duty, fulfilling Muniz and O’Guinn’s criteria for a brand community.

Harvard’s McCracken reckons that "keep it simple" branding is dead. In his latest book he argues that, to succeed, brands need to become "culturematics" – entities that create culture by launching lots of small ideas, innovations, con­versations or ways of thinking that will probe or disrupt societal norms. He recognises that some will fail, but others will "catch something in our culture", accelerate rapidly and grow.

Why behavioural economics can help brands to tell a great story