Reflecting over the past year, Helen Edwards singles out humanity as the backbone of the best work of the year, urging brands to focus on noble human traits for brands in 2015.

At the end of the year, in a round-up column like this, it’s easy to get seriously cross. The deceits and mistakes of our big, branded companies loom large and ugly in the rear-view mirror: Tesco mislaying a quarter of a billion as though it were loose change slipping through a hole in its trousers; Barclays, RBS and HSBC fined for foreign-exchange-rate rigging; Wonga found guilty of ratcheting up the pressure on its most hard-up customers with letters from bogus law firms.

I could go on – but I won’t, because it’s both more uplifting and more edifying to look at the marketing moments that induced emotions at the opposite pole, making it feel good to be part of our industry.
Three stood out for me in 2014 and they all coalesce around a value that I can only call ‘humanity’. In different ways, they capture what it is to be human, reflecting it back to ourselves, but with far greater depth than implied by that buzzword ‘connection’. 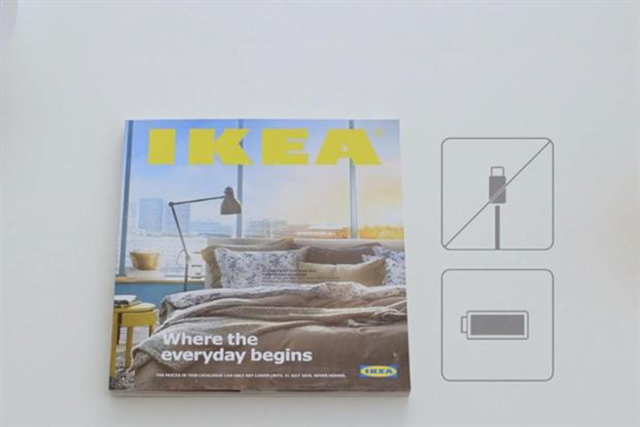 IKEA has always been a brand with humanity – partly derived from the primal universality of what it sells: bowls from which to eat, stools on which to sit, beds on which to lie.

Its commercial launching the 2015 catalogue (right) tapped into this well of human universals, and was the best spot of the year by miles. You will almost certainly be one of the 13m-and-counting who have seen it, but if not, get onto YouTube now and give yourself two minutes of pure release watching the sublimely cast Jörgen Eghammer demonstrating the virtues of the ‘Bookbook’.

When the future actually arrives, we need reference points to make sense of the innovation, so we revert to everyday terms that give us a contextual anchor

The ad works on several levels. It works as reminder that IKEA is a simplifier, providing the things we need served straight and pared down. It works as a spoof of all those Apple technology launches, with their breathless ‘sharing’ terminology. It works as a bloody good laugh.

But it also makes its mark at another, doubtless unintended, level – helping us feel the human possibilities of the very technology it parodies.

If you think about it, we don’t tend to give new technologies the ‘zappy’ terms favoured by futurologists when they’re imagining the decades ahead: quantum entanglement, zyrotronics, neuromorphic hacking.

When the future actually arrives, we need reference points to make sense of the innovation, so we revert to everyday terms that give us a contextual anchor: ‘page’, ‘bookmark’, ‘window’, ‘share’. After a while, though, these get blurred and lose their original significance, becoming just another part of the techie vernacular. But then IKEA comes along and reacquaints you with what they actually, quite literally, mean.

If the IKEA ad accidentally shines a little light beyond its intended scope, Barclays’ Digital Eagles initiative deliberately takes it way outside its banking remit. It has been roundly criticised for just that, by commentators who proclaim that digital inclusion should be left to digital brands.

I say you can’t have it both ways. When a bank deliberately cheats for short-term financial gain (see above) it deserves the full force of our opprobrium. But the same relentless hammering should not rain down when it’s trying to do a little good.

This initiative shows humanity by tapping into the atavistic instinct to be part of the group – and the corresponding fear of being cast outside. It’s been handled in communications without falling into the trap of patronisation, and fills a gap for people who want to confront what they’ve been putting off and don’t know that the Apple Genius Bar exists.

It might not have brought in any new customer business, but, in the end, that’s part of my point: this isn’t about ROI, it’s about a, hopefully, chastened offender putting something back. 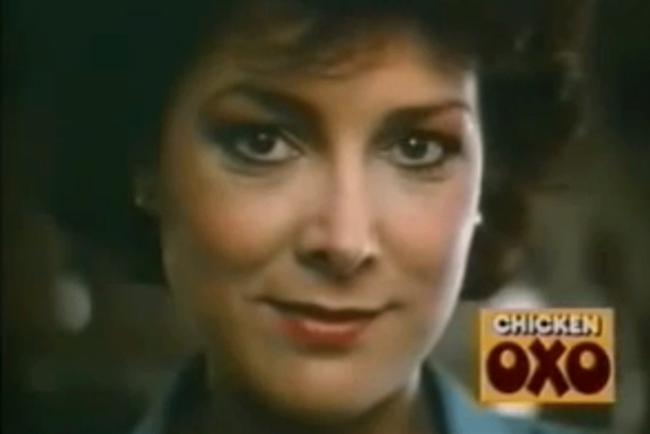 The unexpected marketing moment of 2014 was glimpsing clips of the old OXO commercials on the news, occasioned by the sad death, in October, of Lynda Bellingham (right), who for 16 years played the OXO mum.

With the help of Bellingham, OXO was the grocery brand that didn’t just portray a family, but felt like family. Marmite was cooler, Heinz bigger, Lurpak cleverer, but OXO was the one with humanity encoded at every stage of its offer: shape, touch, taste, heritage and communications.

The most famous spot showed her talking about the signi­ficance of a dish to various members of her tribe, reserving a knowing lick of the lips for her genial husband, accompanied by the immortal line: "And Michael, remember Preston?"

It seems that what happened in Preston stayed in Preston, because it never came up again in the series. In a review of the OXO campaign for the 100th centenary of the relationship between JWT and Unilever, which then owned the brand, the veteran copywriter Adrian Holmes ventured a trip to the Lancashire Museum of Steam as a plausible explanation.

It’s hard to define ‘brand humanity’ and, even as I try, I sense that, if we’re honest, it will embrace negative shades, too. Viewed in that light, perhaps what connects the good stories of the year with the ugly is the recognition that all brands are only human, because they take no actions on their own: people drive them. We can drive them through the only-too-human traits of greed, avarice and deceit – or the other way, through the nobler human qualities of empathy, kindness, humour and humility.

Brands are what we make them. That doesn’t change, whatever the year.

Why ignorant newcomers can work wonders in marketing

The trouble with the pursuit of being a 'trusted' brand

Why branded communities wither away, plus 5 ways to prevent digital death

Three principles that will drive innovation for your brand

Oxo uses stop-motion animation to show off its transformative effect

Helen Edwards: Crowdsourcing is to commercial creativity what karaoke is to pop music