It's not about differences between the various countries in which your brand operates, but urban versus rural markets, writes Helen Edwards.

The global marketer’s lot is not a happy one. "How do I align Canada, India, South Africa and Europe?" is the kind of familiar lament that I hear from my clients in the global CMO hot seat.

It’s a constant tangle of barter and compromise. One market wants more emotion in the brand story, a second wants it far harder-edged, the others demand innovation or quirkiness or some kind of "challenger narrative". It’s not such a small planet after all.

Behind such national special pleading invariably you will sense the brooding presence of the local advertising team. Ad agencies, even the big, supposedly global, ones, are implacable haters of cross-border branding. Their motto might as well be: "That won’t work here."

This 1950s world view not only blinds them to the potential beauty of cross-cultural solutions, but, perversely, also distracts them from acknowledging a genuine schism much closer to home: the growing gulf between people who live in cities and those who don’t.

I was reminded of this human truth a few years back, on Unilever’s Lipton Tea brand. The global team had devised an imaginative new positioning, and decided to test it first in the brand’s two biggest markets: the US and Japan. Focus groups were conducted in New York, the American Midwest, San Francisco and Tokyo.

It wasn’t a great surprise when three of these turned out to be aligned and one not. More surprising was which was the outlier. The urban crowd in New York, San Francisco and Tokyo appreciated the subtleties of the positioning, and the layered shades of meaning of its communications idea. However, the folks in the Midwest, where the groups had a more small-town, rural make-up, were having none of it. They either didn’t get it, or couldn’t relate to it.

Global brand alignment is a constant tangle of barter and compromise.

That can affect the way in which teams need to come at issues more substantive than just positioning and communications. Whenever I work with my big FMCG clients in the Indian subcontinent, it is striking how distribution, pricing and segmentation strategies all change totally the moment you get away from Delhi, Bangalore or Chennai.

In the still-populous rural markets, brand teams need to master the challenges of micro-distribution, and the need for tiny, single-use packs to hang in tiny, shelfless stores for people with far less disposable income than those in even the poorer cities.

Vastly different rates of economic growth are a higher-order factor that gives rise to the divergent quotidian reality of city and country consumption. In a recent Financial Times editorial piece, the economist Arif Naqvi quoted the example of Indonesia, where national growth is a very respectable 6%. In Jakarta, though, it is sprinting away at 14%.

Viewed through that lens, the Indonesian capital has more in common with distant cities such as Lagos, Delhi or Austin, where growth is also running at double the national level, than it does with its own backyard.

Naqvi goes as far as to propose that cities are the world’s natural economic and political units, "more stable fixtures than countries in our geopolitical, economic and cultural landscape".

Where does all this leave the hapless global marketer? If the brand is one with a naturally urban centre of gravity – fragrance, finance, fashion – you have a chance of persuading your local marketers and their agencies that there is more to be gained than lost through global alignment.

It won’t be simple, but common positioning, segmentation and pricing strategies could be developed to achieve all the efficiencies and sheer, confident scale of global branding at its best.

If, conversely, your brand has a big rural footprint – laundry, basic foods, over-the-counter medicines – alignment will be an altogether patchier affair.

Cities are where global citizens live: home to half of humanity, growing by 1m new people every week, engines of progress and invention. For all their variety, they cleave together spiritually and economically. People pour into them, ideas pour out of them, and their reach extends, physically as well as digitally, to other cities across the world.

The country is another country.  They do things differently there.

Cities occupy just 2% of the Earth’s surface, yet are home to 53% of its people – a figure set to grow to 70% by 2050. These are some of the gurus who have chronicled and analysed the phenomenon.

The original urbanist, wildly ahead of her time with her views on organic city structures and economies, Jacobs came to prominence in 1961 with the publication of The Death and Life of Great American Cities. With biting intellectual clarity, she tore apart the fanciful notions of the "garden city" movement, which dreamed of quiet, ordered streets around open spaces. The book introduced several sociological terms, including the concept of "social capital". 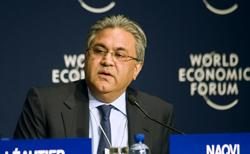 Karachi-born Naqvi (right) is a graduate of the LSE and founder of The Abraaj Group, a $7.5bn private-equity group investing in "global growth markets" (a term he prefers to the more-commonly used "emerging markets"). Writing recently in the Financial Times, Naqvi claimed that half of the economic growth over the next decade will come from just 400 cities, creating an "urban consumer class of 4bn people". 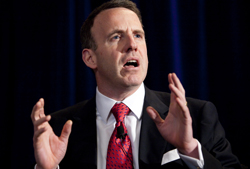 A Professor of Economics at Harvard, Glaeser (right) has spent his life studying the economies of cities, a body of work he draws together in his 2011 bestseller, Triumph of the City. Glaeser’s "archetypal" city is New York, yet he shows how even this great metropolis can learn much from distant Lagos, Nigeria.

In his book Cities are Good for You, Hollis explores reasons for the most significant global migration of our times: the one-way flight from country to city, which 1m people undertake every week. Eschewing the normal defensive vernacular about "desperate lives", he unearths the "unexpected reasons" why living in the city can make people "fitter, richer, smarter, greener, more creative and happier".

Helen Edwards: Should you, just because you can?