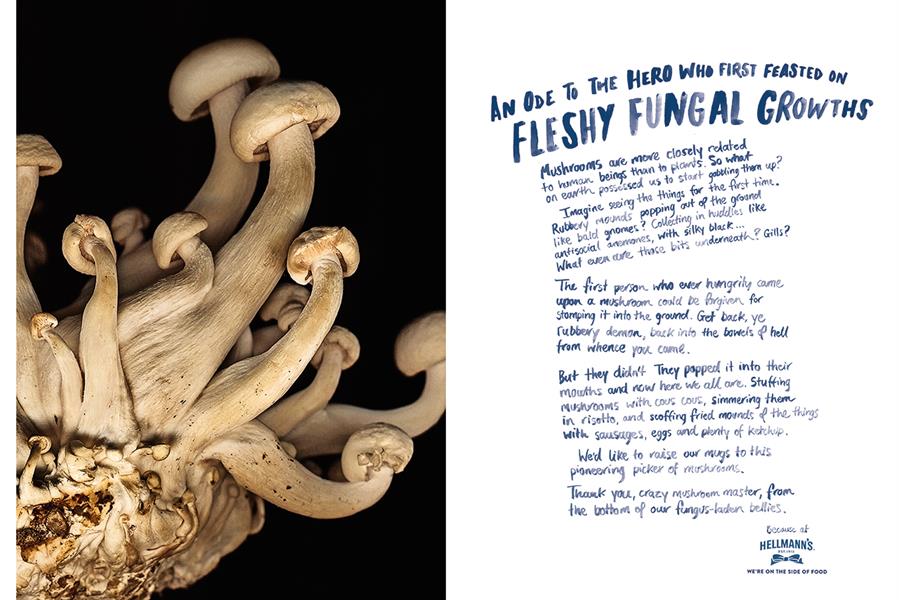 Have you ever wondered who in their right mind first picked up a squid and decided it was edible?

Hellmann’s follows this train of thought even further. Three print ads, created by Ogilvy & Mather London, pay tribute to the food "weirdos" who ventured into unknown territory and discovered the delicious taste of strange-looking squid, prawns and mushrooms. The quirky activity is part of Hellmann’s "On the side of food" campaign, which focuses on food culture and culinary achievement. The work was written by Joanna Cassidy Osborne and art directed by Angus George and Dave Towers.

Nokia "The only gadget you need" by Grey London

Nokia "The only gadget you need" by Grey London