RKCR/Y&R recreate portraits of First World War soldiers with members of the armed forces for the Royal British Legion. 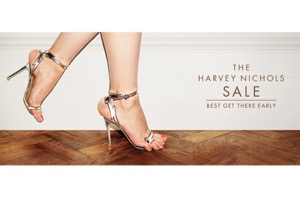 The Omnicom agency was awarded a gold in the Retail category and three silvers in Fashion, Clothing, Footwear & Accessories for Harvey Nichols "bad fit".

Adam & Eve/DDB’s "Monty’s Christmas" for John Lewis picked up a gold in Retail. The agency was also a finalist in the Automotive and Retail categories for its work on Volkswagen and Harvey Nichols respectively.

Read on to see what Mother London, Wieden & Kennedy, Iris, Engine and Leo Burnett London won. Or browse all the results of the Campaign Big Awards 2015.

This year's appeal began with a Poppy Parade and saw the release of a striking set of images that recreate photos from World War I with contemporary members of the armed forces.

Photographer Tom Reeves, of the "world’s oldest running photography studio", used the same techniques as his grandfather who took portraits of soldiers during the Great War. The portraits will be exhibited at the National Media Museum between 6 and 29 November, as well as forming the bedrock of a national integrated campaign spanning print, outdoor, social and digital.

RKCR/Y&R were the agency behind the campaign. The creative director was Psembi Kinstan and the art director was Alex Bamford.

In other news, The Royal British Legion is looking for a partner to create an experiential campaign comparable to 2014's Blood Swept Lands And Seas Of Red at the Tower of London. Campaign's James Swift writes that the brief is outside the scope of The Royal British Legion’s retained agency, Rainey Kelly Campbell Roalfe/Y&R, but the shop has been invited to pitch. 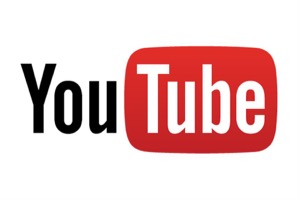 YouTube's polite suggestion at its Brandcast event that youth brands should shift 24% of their TV budgets to YouTube was immediately met by derision by Thinkbox CEO Lindsey Clay.

Today, Sky weighed in on the issue, calling the notion "flawed and nonsensical" because of the large proportion of allegedly fake views and questionable data, Campaign's Gideon Spanier reports.

And in Campaign's weekly media question, four industry experts gave their perspectives. In the interests of balance, here's the person who said youth brands should shift ad budgets from TV to YouTube.

TV viewership is declining while YouTube viewing time is rising. Millennials find YouTube content more entertaining. TV is still important, but brands need to shift their investment to reflect the reach and potential of each channel.

And now YouTube is risking the ire of brands by rolling out a subscription based, ad free service in the US.

We would have thought it was self evident that the one thing you don't want to do is piss off librarians. That's page one in the ebook "How to do advertising good". Airbnb broke this cardinal rule, and managed to rile a lot of San Franciscans with a series of outdoor ads.

Dear @Airbnb These passive-aggressive bus kiosk ads are *not cool* No love, the librarians https://t.co/rdo39E7sdz pic.twitter.com/Lf3TCAYYbw

We hope you use some of the $12 million in hotel taxes to keep the library open later.

We're really feeling the love there. And that wasn't the only execution. Other ads addressed the Board of Education, Public Works and Parking Enforcement.

SF Weekly, who broke the story, received this statement from Airbnb:

"The intent was to show the hotel tax contribution from our hosts and guests, which is roughly $1 million per month. It was the wrong tone and we apologize to anyone who was offended. These ads are being taken down immediately."

We do recommend clicking through to SF Weekly to read the outraged social media posts.

But be quick about it, Periscope video expires after 24 hours, if not earlier. Watch it on Periscope here.

What passing-bells for these who die as cattle?