Brits love takeaways - the UK market is now worth about £5.5bn in annual sales. Sonoo Singh takes a look at a newly transformed industry, where food delivery is powered by different technologies, the biggest players are flexing their muscles to extend their dominance in the market and competition is brutal.

Tech company. Tech-enabled food-delivery platform. Food-solutions service. Ask any of the big players in the online food-delivery market and this is how they describe themselves. London-listed Just Eat, German-owned Hungryhouse and venture-capital-funded Deliveroo are a few of the names that are plying Britons with more than just takeaway curries and pizzas.

Driven by ever-increasing meal choices and an incessant demand from consumers for convenience, the online takeaway industry is fast becoming part of everyone’s mealtime decision-making.

And the sector continues to get noisier. Last year saw the launch of Feast, which operates from 11pm to 5am to take restaurant-quality food direct to those working overtime in London or partygoers returning from a night out. Another service, Lunch Bxd, delivers healthy lunchboxes by bicycle to individuals and corporate groups in the capital. Meanwhile, a start-up called HeyMenu is set to launch in London next month, with a proposition to "provide up to 90% lower costs to takeaway restaurants than competitors, including zero commission".

But it was the arrival this summer of two US beasts, Amazon Restaurants and UberEats, both armed with logistics firepower, that has put a rocket under the market.

UberEats launched with the promise that if your food does not arrive within 30 minutes, you get £20 off the next order. 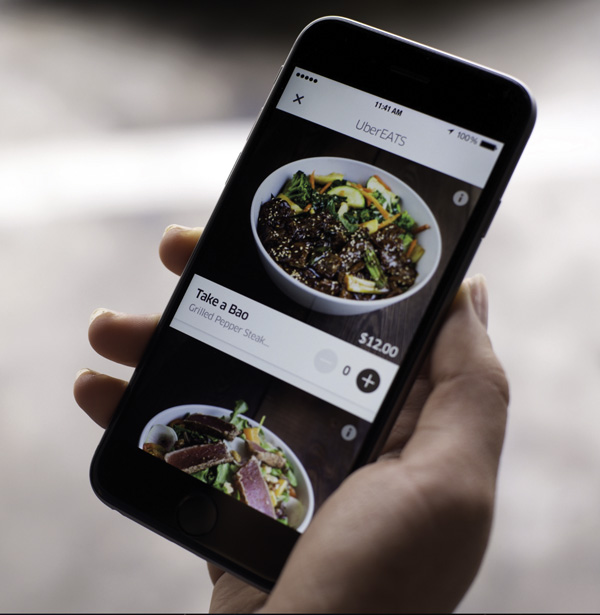 Despite the fierce competition, the main threat to online takeaway companies is actually the telephone, according to Hungryhouse chief executive Alice Mrongovius. More than 40% of orders for takeaways are still done on the phone in the UK. "It remains our biggest single competitor," she says.

Launched in February 2006, Hungryhouse first attracted attention when its founders shook hands on a deal with Duncan Bannatyne and James Caan on the BBC’s Dragons’ Den. The agreement with the Dragons later collapsed, but the company went on to secure significant investment from alternative business angels. In 2013, it was bought by German-owned Delivery Hero – which itself only launched in 2011 but now operates in 33 countries and is dubbed one of the most valuable privately held internet companies in Europe.

Mrongovius describes Hungryhouse as a tech-enabled platform that provides food solutions. The company acts as an online inter-mediary between consumers and restaurants around the UK. "We have no time to be a logistics company," Mrongovius insists, and she shrugs off the suggestion that incumbent brands in the market are nervous about the entry of Amazon and Uber.

"Delivering food that people love is very different from driving people around," Mrongovius argues, pointing out that the online food market in the UK already has well-established players that understand the dynamics of "great takeaways at great value for money and great quality". She adds: "Every part of our business is about how much we love takeaways and making sure our business is driven by the customer experience we deliver."

The role of branding 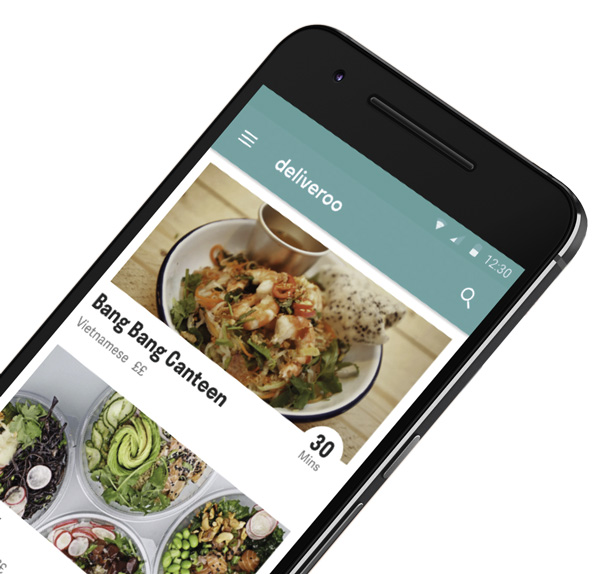 Hungryhouse recently unveiled a TV, digital and social campaign, "Love takeaway", created in-house. But it is not the only business that has been investing in branding and marketing in an attempt to move from a product-focused strategy to one that prioritises customers and their love of food.

Just Eat marketing director Ben Carter says branding is hugely important in a market where the key players continue to build their dominance. "We can correlate our growth from last year to our marketing investments," he says. Just Eat recently relaunched with a visual revamp and new brand mission: "To make food discovery exciting for everyone." It has also unveiled an "ordering experience" through Apple TV, rolled out its first smart TV app and partnered Amazon intelligent assistant Alexa to enable customers to order using just their voice. On top of that, Just Eat recently invested £3.5m in UK start-up Flypay, a mobile app payments service and associate company of publisher Time Out Group.

The initiatives are part of the business’ commitment to invest £40m in marketing and technology in the UK this year, which Carter says is aimed at "increasing value" for its restaurant partners and customers by providing the best and broadest range of food.

The FTSE 250 company is a market leader in terms of penetration. It was founded in Denmark in 2001 and now has 15.5 million-plus active users in more than a dozen countries. In the UK alone, Just Eat has 8.2 million active accounts and, according to Carter, more than 42 million orders were placed through its platform in the first half of 2016. Just Eat also holds the crown of being Europe’s biggest takeaway-ordering website.

Hungryhouse creates sanctuary for people to enjoy a curry 'without judgement'

UberEats to grow across 40 UK cities and towns

Sainsbury's rolls out one-hour delivery by bike in inner London

How Domino's and Iris created a new way of advertising taste

Disruptors should be good too