CoppaFeel! seeks to raise awareness of breast cancer to young people, but it also ends up being a prime example of what effective integration is.

For years now, we've watched it being abused. Then glorified. Then discarded. And then resurrected.

As agencies, we've only ever looked at it from our point of view.

'Aren't we clever? We can make these separate agencies/departments/channels sit together!'

Except doing that is useless.

Integration shouldn't be for the benefit of agencies.

It should be for the benefit of our clients. And, more importantly, their customers.

How those two integrate is a damn sight more important than how we, in the business, integrate.

We're not going to say any more on the matter.

No more theories. Or methodologies. Or approaches. Or 'how to do its'.

Instead, we'll leave it to one of our clients to explain how integration should actually work. 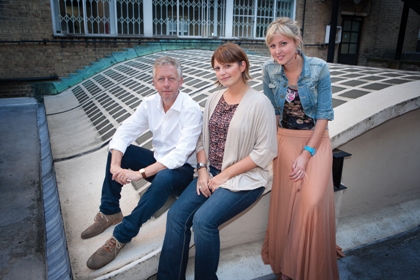 I was never meant to set up CoppaFeel!. What's meant to happen when you're 23? You're meant to see a bit of the world, have a bit of a booze-up and a laugh with your mates. With no cares in the world.

It didn't quite work out like that for me.

I'd discovered that one of my boobs was lumpy in June 2008. I did what I was meant to do and went straight to my GP. He got rid of me, saying that, as I was so young, it was bound to be hormonal. I went travelling for six months - but the lump didn't leave. Straight back to the GP, and this time my mum demanded a referral to a consultant.

But still, there would be nothing to worry about. Right?

Another eight months, and it turned out there was something to worry about. Well, two things, actually. As my breast cancer had spread to my spine.

Three years on, I'm still here, still getting radiotherapy. And instead of sitting round getting mopey, I've been trying to make sure no-one's ever misdiagnosed again. And that everyone, everywhere, knows that breast cancer isn't just an older woman's disease.

My sister Maren and I got to work straight after my diagnosis, and CoppaFeel! was born a month later. From the get-go, we were able to use (and I don't want this to sound cynical) my story as a way of getting attention. I mean, it is pretty rare for someone as young as me to get breast cancer.

So, basically, we milked the interest in me for all we could. TV appearances, national press. It was only when things snowballed into winning a Pride of Britain award, and a reception at Downing Street, that it all started to feel a bit surreal.

But we knew that loads of charities - and other people doing good and cool stuff - could get, and engineer, coverage like that. We knew that we had to start doing things differently. And properly different from the way that other breast cancer charities had done things before.

I'm not trying to knock anyone; but, truthfully, a lot of it can wash over young people's heads. In a hazy, pink, fluffy mush. I knew that the challenge was to get lassies (and lads) to listen to something important. And not zone out, thinking it was just another cancer message aimed at older people.

Which meant the question pretty quickly became: how do we take it to the next level? And who can help us?

Right from the off, we just clicked. I'd say it was a meeting of minds, but it was more than that. A meeting of attitudes, too. AIS just got what we, as an organisation, are about: making a ruckus. And it got me, too, and what I'm trying to do: that CoppaFeel! as a brand is about trying to change people's behaviour. And change the message around cancer to something that's kick-ass and fun.

And since then, we've just rocketed. "Boob hijack", the campaign that happened last October, really set the tone for us and how we operate. Bold, cheeky, in your face - on your boobs. Things that talk to people of my age - the people we need to reach. But the campaign went beyond that; getting health messages out there in a way that wasn't pushy or patronising but had attitude. Since when does a cancer charity hijack a TV sexline?

There's still plenty more to do. We launched "hello boobs" earlier this year, and I'm really proud of that. Not just because it's another great idea that got us talked about, but because it's really getting people to do something. More people are signing up to our text service so they get reminded every month to check their boobs.

That's the sort of difference I want to make. And judging by the e-mails that fly into my BlackBerry, and the amazing response we're getting by spreading boob-love to everyone, I think we're getting somewhere.

I don't think I'd ever have thought to call all the incredible things we've done "integrating brands into people's lives". It's just doing amazing stuff, getting the right words and ideas out there and making sure that everyone who needs to hear you hears you.

But if it means we save a few lives in the process, I'll call it whatever the hell you want!

Steve Stretton is the founding partner and Sarah Stratford is the strategy director at Archibald Ingall Stretton. Kris Hallenga is the chief executive of CoppaFeel!