Holland & Barrett told Campaign that it has hired Nick Collard, a former marketer at Morrisons, DFS and Boots, to take charge of marketing in the new position of chief customer and digital officer. 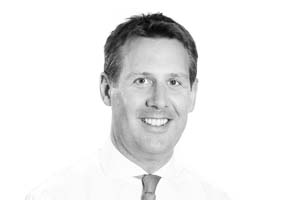 Collard (left) is a retail veteran, having begun his career as a buyer at Sainsbury’s, before taking marketing roles at Mars, L’Oréal and Boots. He became chief commercial officer and executive chairman at DFS in 2015 but left in October 2018.

Hipperson joined Holland & Barrett only a year ago from Bacardi, where she was global vice-president. In an interview with Campaign, she explained that her role at Holland & Barrett involved changing the perception of the brand as "trusted, warm and friendly, but a bit dusty".

In January, she led the brand's "Me.No.Pause" campaign launch, a diverity-conscious effort that won an outdoor advertising competition for £500,000 of free media.

Having begun an ad agency review earlier this year, putting incumbent Pablo on alert, the process is now on hold until Collard is in situ next month.

Prospective agencies had taken part in chemistry meetings and were due to be shortlisted to participate in pitches. Pablo is repitching, having won the business last year.

Holland & Barrett has changed its management team this year, following the departure of long-serving chief executive Peter Aldis in March.

A spokeswoman for Holland & Barrett said: "With a new board and management team in place, the strategy has been refined to better position the business for future growth. As part of this work, we have reviewed our marketing approach and how we best organise to communicate our unique health, wellness and beauty proposition to our customers, both online and offline."