Holland & Barrett is talking up the credentials of its manuka honey in the first campaign from the brand under recently appointed chief marketing officer Caroline Hipperson.

The campaign includes a TV spot, created by Pablo, which was also appointed by the brand this year, featuring a CGI animation of a bee collecting nectar from a manuka flower.

It was created by Robert Cervera and Mark Harrison, and directed by John Sunter at MPC. The media agency is Carat.

This was supported by a partnership on the campaign’s launch day, 1 August, with ITVBe (which a spokesman for the brand confirmed had not been chosen for the pun potential of its name). The campaign involves a series of five-second "blipverts" throughout the day, and a bespoke ident before the first airing of the main ad.

Alongside this, the brand is running in-store marketing across its chain, while its flagship Marble Arch store in London has been temporarily renamed as Honey & Barrett, and features an interactive manuka-themed window display. There is also an influencer campaign. 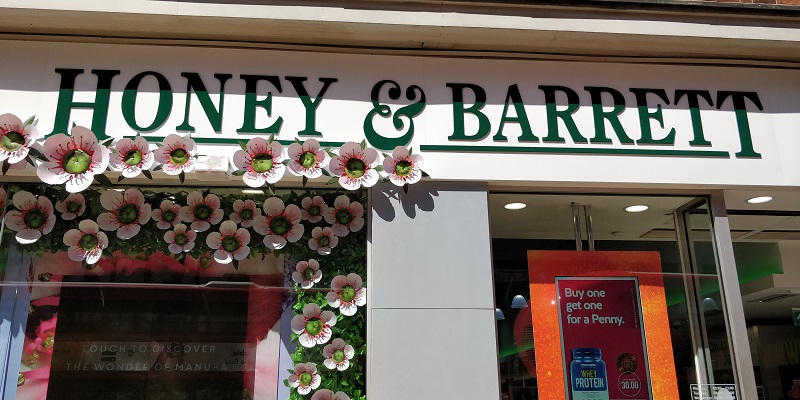 Manuka honey, which originates in New Zealand, is widely believed to have antibacterial properties. But it is subject to fraudulent sale: total production of the honey is 1,700 tonnes a year, but more than 10,000 tonnes of honey labelled as manuka are sold in the UK alone.

While there are no regulations on the sale of the honey in the UK, Holland & Barrett has committed to adhere to the tests used to verify the product by the New Zealand government; it must contain specific quantities of five chemical markers, and also pass a DNA test, proving that it came from manuka flowers.

Fake manuka honey is "probably exported correctly, but then somewhere along the way, its been diluted with something else," Hipperson said. "It’s not the law in the UK – we’re advocating that it should be. But at the moment there are no consequences – it’s a trust thing." 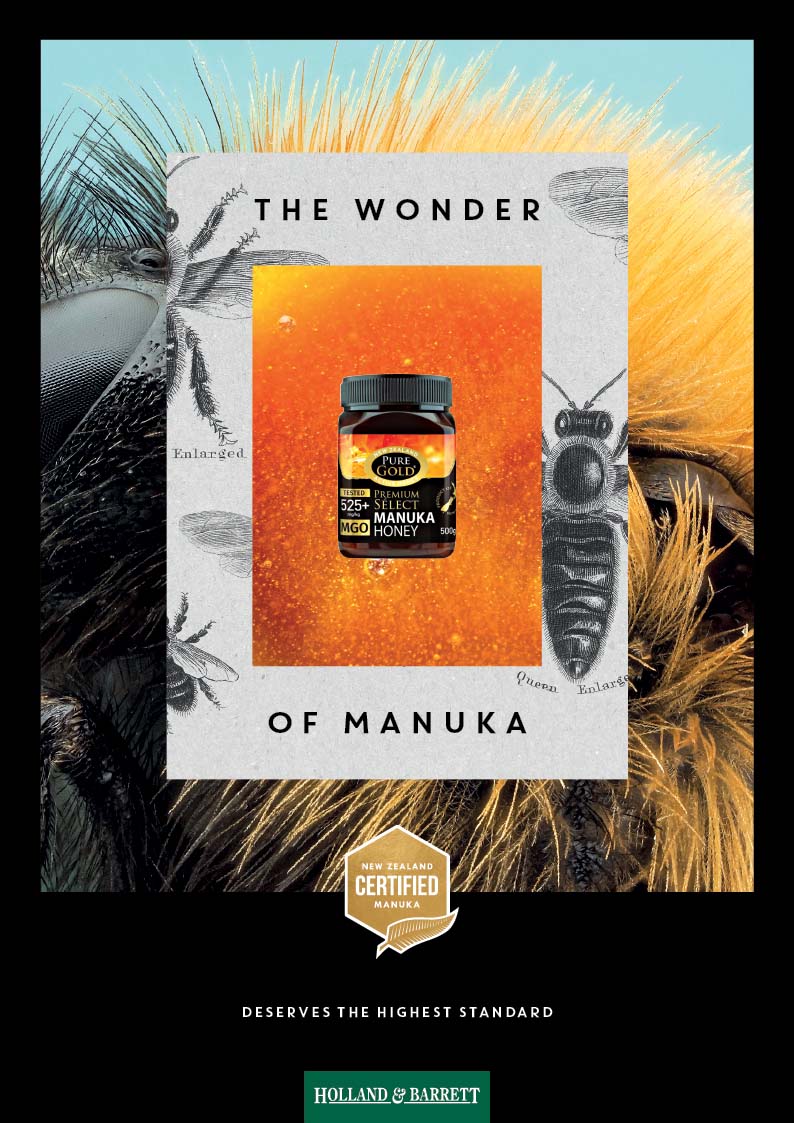 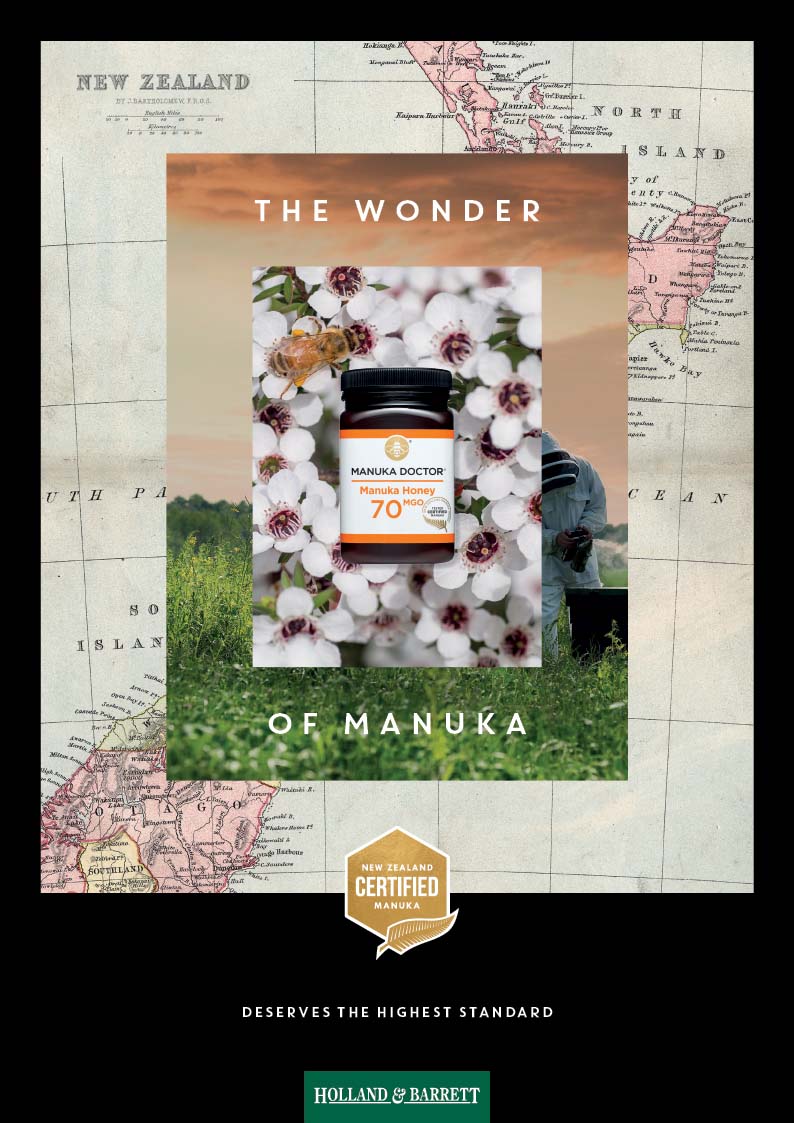 Like the brand’s previous campaign, which promoted the lack of the chemicals SLS and parabens in the brand’s beauty range, Hipperson said the new campaign was designed to provoke. "We’re sticking our chin out," she said, by "insinuating" that manuka honey sold in other places might not be genuine.

For the social campaign, which uses the hashtag #MyManuka, the brand is working with influencers that are already advocates of manuka honey. Hipperson acknowledged that there were risks attached to influencer marketing, but suggested that the content of Holland & Barrett’s campaign reduced this to some extent.

"It’s such a genuine story, it’s not a bought story, it’s not a fabricated story at all," she said. "It is what it is. We’ve said, why don’t you give us your honest opinion. Its not a brand message per se – it’s a message about the product. If you’re a Coca-Cola or someone and you try to build a certain brand story through them [influencers], it’s a much more difficult task."

And she downplayed the harm in inflated follower numbers, a topic that Unilever’s Keith Weed has campaigned on this year, calling the problem "common knowledge" and adding: "it doesn’t mean that messages are not relevant and powerful and engaging. Whether it’s 200,000 followers or 250,000, it’s not that important."

There was an element of risk in online environments for all brands, Hipperson argued – but she did not hold back on shouting about Holland & Barrett’s ethical credentials.

"We’re whiter than white, greener than green, to use our own internal phrases," she said. "Everything is really genuine and true and authentic – it’s a big big part of the culture and the ethos and has been for years. What we may not have done in the past is talk about it much."

The brand, she said, was "trusted, warm and friendly, but a bit dusty – it’s part of my job to change that."

The next topics on the agenda for Hipperson will include helping to meet the needs of the growing number of people interested in veganism – but she also wants the brand to play the role of empowering its increasing health– and wellness-conscious consumers.

"It’s this feeling of ownership, looking after your own health for the future," she said. "People want the knowledge, they’re hungry for knowledge, they want to feel informed, so they have more power and influence themselves, rather than letting it be your GP’s job or your pharmacist’s job. We obviously sit on a lot of knowledge, so we can help there – but it needs to be in a fun and engaging way."