As part of Marketing's Window on the World series, Ifan Jenkins, director strategy & innovation for Carlsberg, based in Denmark, casts a spotlight on working in the Nordics and the challenges and opportunities of his global role.

In the background, there’s a hive of construction - the brewery site is rapidly evolving into a modern community with apartments, bars, supermarkets and even a go kart track. As an expat, it is impressive to witness first-hand this typical Scandinavian form of progress; fully embracing the future without losing touch with the past.

Carlsberg is already the world’s fourth-largest brewer and an organisation thundering along a journey to becoming a global FMCG firm while determinedly retaining the philosophy and spirit of its founder J.C Jacobsen.

Innovation and constant improvement remain at the heart of the organisation with a genuine corporate sense of responsibility. The Carlsberg Foundation makes frequent donations to society, the arts and sciences.

Scandinavians do not do ugly!

As elsewhere, much of the growth opportunity is in Asia and Eastern Europe. This presents interesting challenges for the marketing community as we use local insight and creativity to perfect the "glocal" balance of global scale. We do this through innovation, creative ideas that travel and great sponsorship properties including UEFA Euro 2016 and the Premier League.

From floors above mine, you can see across Copenhagen to Sweden and the Øresund bridge which will be familiar to fans of cult series 'The Bridge'.

Scandinavia‘s geography, society and values have a huge influence on local firms. The region’s scarce resources have influenced a food culture based on local seasonal ingredients – capitalised on by the world-famous restaurant, NOMA.

Long, dark winters mean a lot of time spent indoors – hence the preoccupation with lighting and interior design. A lot of thought goes into achieving simple beauty - think Arne Jacobsen furniture or Royal Copenhagen pottery. To borrow a phrase coined at a recent workshop with LBI: "Scandinavians don’t do ugly"!

A need for technology to improve communications across difficult winter terrain may have influenced the development of Nokia, Skype or even Pirate Bay.

Similarly a need for technology to improve communications across difficult winter terrain may have influenced the development of Nokia, Skype or even Pirate Bay.  Bluetooth wireless technology is from the Nordics and the logo is apparently based on the runic symbol of Harald Bluetooth - the first connected ruler of Denmark and Norway.

A democratic society influences business culture as well. For example, Swedish Ikea’s belief that everyone has the right to a beautiful home, or H&M’s affordable fashion for all.

This is a very creative region and Nordic Noir film exports such as The Killing or Børgen have proven a big hit abroad. Above all this is a region that long ago embraced the need to travel, build new markets and trade resources (remember the Viking tradition of international trading forays!).

A major benefit of working abroad has been learning from marketers around the world. In the UK we benefit from rich data, sophisticated category teams and fantastic agency partners, but I have been stunned by Russian ability to manage portfolio complexity and simultaneously execute numerous innovation launches. Also the willingness to try new ideas in many markets such as Sweden, Singapore or China is an inspiration.

The personal side of life in the "happiest nation"

Finally, some advice for anyone considering a foreign posting in Copenhagen:  buy a bike straight away to transform your commute into fun, accidental exercise. It’s perfectly safe thanks to the raised curb and specific traffic lights of the bike lanes. Second, buy a decent waterproof jacket and get used living in a country with worse weather than England. Difficult to believe but true… 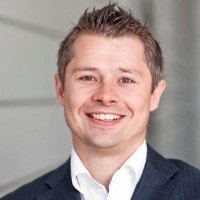 Never ever cross the road on a red light, remember to check for cyclists when opening a taxi door and be aware it is frowned upon to open doors for women ("I’m perfectly able to open it myself thanks"). And always wave a Danish flag in airport arrivals to welcome travellers back to the happiest nation in the world - check out Coke’s genius "Happy flag" work on YouTube which beautifully builds on this national obsession.

To conclude, if you ever have chance to work in global teams then go for it – it definitely gives you a new perspective.

VIDEO - See Ifan Jenkins' own window on the world:

Brits and Scandinavians: it's a love story that goes way back

Passion and the pain facing Brazilians ahead of the World Cup: an insider's view