The Hong Kong newspaper closes after 26 years following arrests of staff members and having its assets frozen by authorities.

Hong Kongers queued up in the early morning hours today to buy copies of the final edition of popular newspaper Apple Daily, which has ceased operations following a 26-year run.

The press run for the final edition yesterday (24 June) was reportedly one million, and many outlets were sold out by 8am.

Yeung Ching-Kei, who wrote using the pen name Li Ping, was arrested on "suspicion of conspiracy to collude with foreign forces". It marks the seventh arrest of Apple Daily employees, mainly high-level managers, dating back to last July. Three have been charged.

Also on Wednesday, the board of Apple Daily's publisher, Next Digital, said it would halt all operations in the city. The Apple Daily website and app went dark overnight, and all its social channels, including YouTube and Facebook, have been removed. The Apple Daily app had 1.2 million monthly unique users as of December 2020, according to Comscore.

Earlier, authorities froze HK$18m ($2.3m) of the company's assets, leading many staff members to resign. That followed a raid on the company's offices last Thursday by 500 police officers.

"The company thanks our readers for their loyal support and our journalists, staff and advertisers for their commitment over the past 26 years,” the board said in its statement yesterday.

People gathered outside the paper's offices last night waving phone flashlights and even chanting "Add oil", a phrase that was a popular refrain during the protests that gripped the city in 2019. The paper's final edition features that show of public support on its front page (pictured below, Anthony Wallace/AFP via Getty Images). 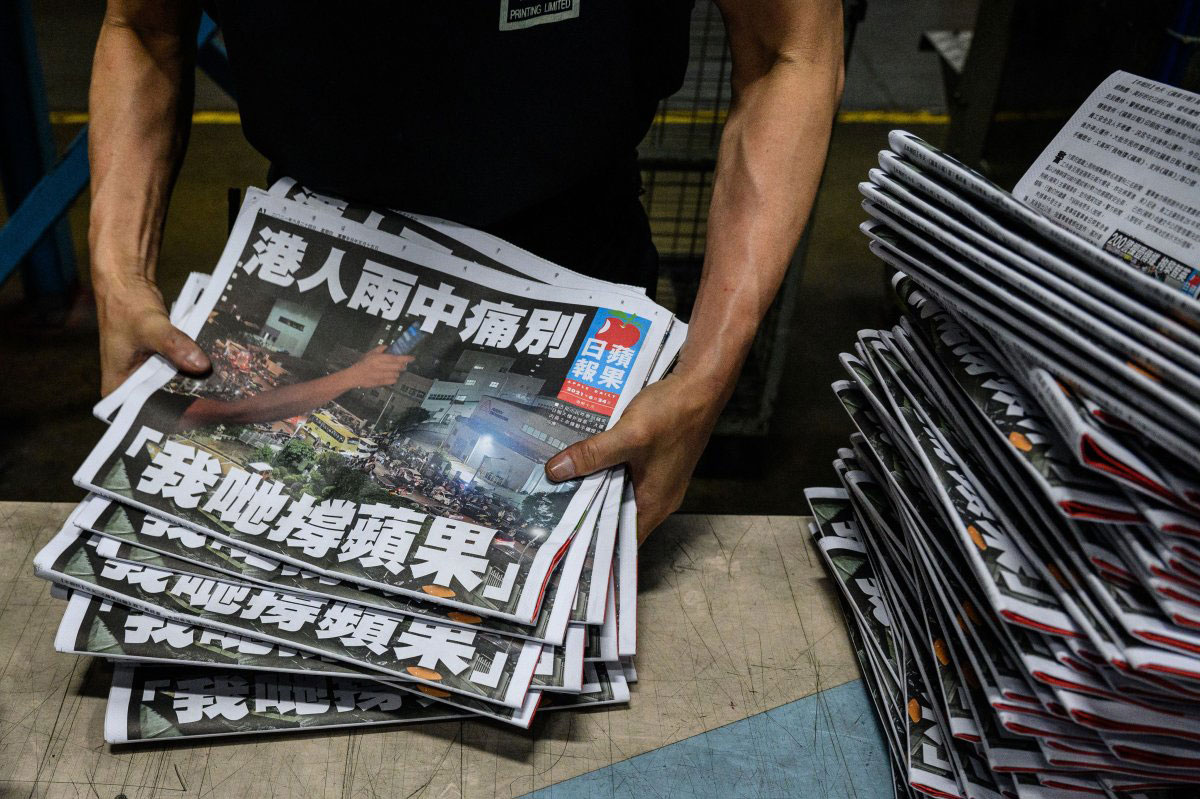 The paper's circulation increased as it became a target of the authorities. Normally under 100,000, the paper increased its run to more than 500,000 following the first raid on its offices and the arrest of founder Jimmy Lai in August 2020. At that time, one Hong Konger told The Guardian that Hong Kongers would have bought a blank Apple Daily as a show of support.

Apple's role in the splintering of the internet

Has Brexit turned our advertisers into Little Englanders?