A new TV campaign for Hoover launching today will mark the start of an era of enthusiastic above-the-line marketing, the brand's new top marketer told Campaign.

Antony Peart, who joined the Hoover Candy Group as director of brand and communications in September, said the campaign – the first TV appearance for the brand since 2014 – would be "the starting point – it’s not just a one hit wonder".

The spot was created by Manchester-based Clear, with media handled by MEC. Featuring the Hoover One-Fi Extra connected washing machine, Hoover Vision oven and the Discovery cordless vacuum cleaner, it debuts during tonight’s series finale of the Great British Bake Off on Channel 4 and will run throughout November.

The campaign launching today was commissioned before Peart joined. When it comes to the first work created under his direction, he said it was too early to say whether he would use Clear again or seek a new creative agency. 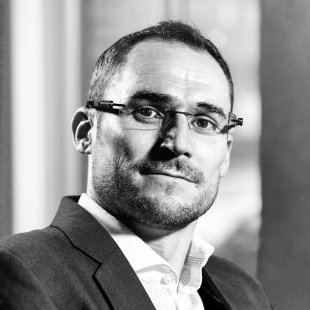 Peart, who previously worked for Ribbles Cycles, said he had been attracted to the Hoover job by the unrealised potential of the Hoover brand.

"It’s a really exciting brand and it’s got a lot of provenance," he said. "But they’ve not really advertised or been out there in the marketplace. You could say it was sort of left on the shelf for a number of years."

The company is now willing to put some "heavy financial investment into the brand", Peart said, helping its messaging to compete with competitor brands including Bosch, AEG, Hotpoint and Whirlpool, all of which he said had spent considerably more on advertising in recent years.

A key challenge for Hoover, Peart said, was to raise awareness of the products it offered beyond vacuum cleaners.

"If you look at it in a simplistic, brand funnel way, Hoover has a really great brand name and sits near the top in terms of awareness," he said.

"But Hoover is predominantly known for vacuum cleaners. We produce a number of fantastic products across a number of categories. So I see my job as to elevate the positioning of that range of products."

The next campaign for Hoover is likely to shine a light on the level of research and development that takes place within the business – something he believes is a real point of difference.

"It’s not really a known fact – when I came in I was astounded by how much innovation goes into the products, and how much spend goes into R&D. That really stands out among what I’ve seen in the competitive field. In terms of the amount we put into R&D, we're up there if not the biggest."

He won’t, though, be tempted to dwell on the legacy of the brand, despite its key role in the history of home appliances.

"You have to pay homage to the brand – it’s been around a long old time but I want to bring it into the modern era. So we dip our hat to provenance, but what I want to do is look to the future and the direction we want to go in."

A third of Brits don't like speaking to voice assistants