Throughout December, we are revealing the best of our industry in 2018.

Berghaus released a campaign to bring a bit of perspective and encourage people to get outdoors and away from our digital screens. The ads featured a series of oil paintings by up-and-coming British artists. Calm landscapes are juxtaposed with humorous taglines about photo filters and pointless meetings, a jarring reminder of how ridiculous modern life can be. 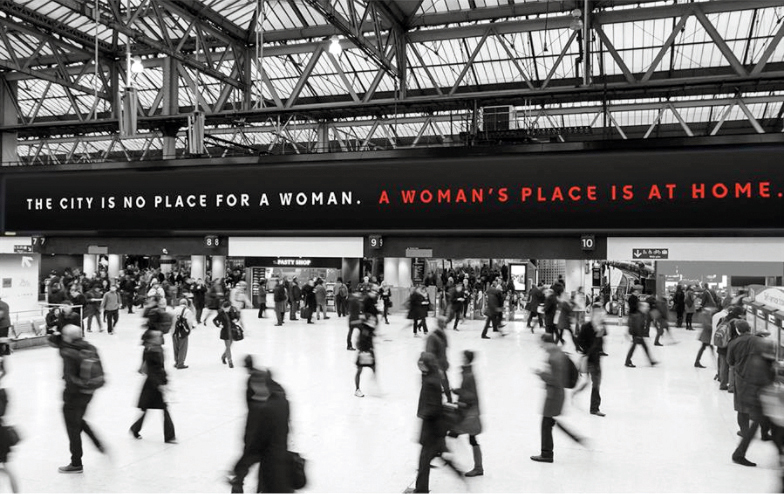 This provocative campaign delivered stark messages from Gilead officials enforcing laws such as: "The city is no place for a woman. A woman’s place is at home." The reveal shows the main character Offred, played by Elisabeth Moss, burning a handmaid’s headdress with a familiar rebellious message from the show: "Don’t let the bastards grind you down." 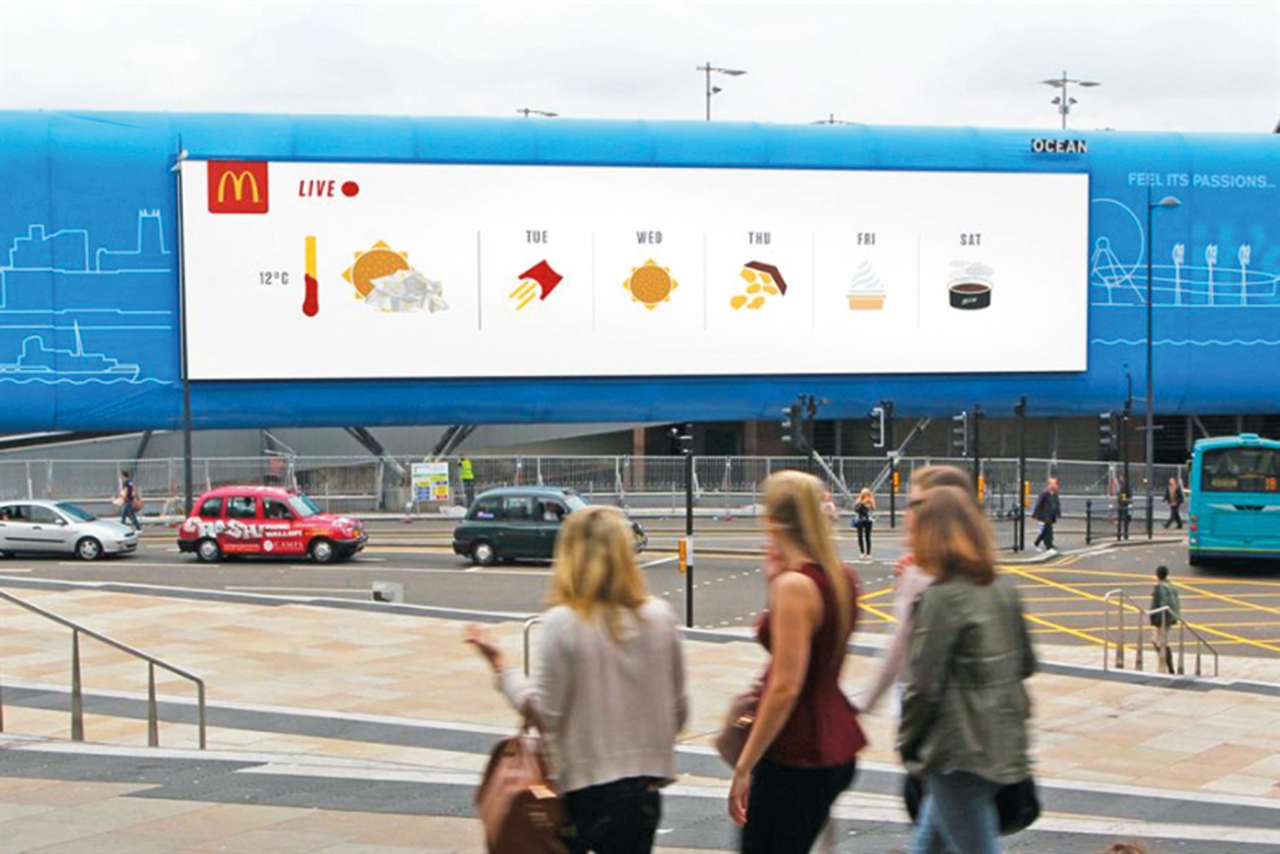 An upturned box of fries to represent rain, a burger to signify a sunny day and a hot coffee to show a cloudy day were all ways that McDonald’s turned its menu into weather icons for a digital out-of-home campaign that used real-time Met Office data to keep the public in the know about the changing weather conditions in April. 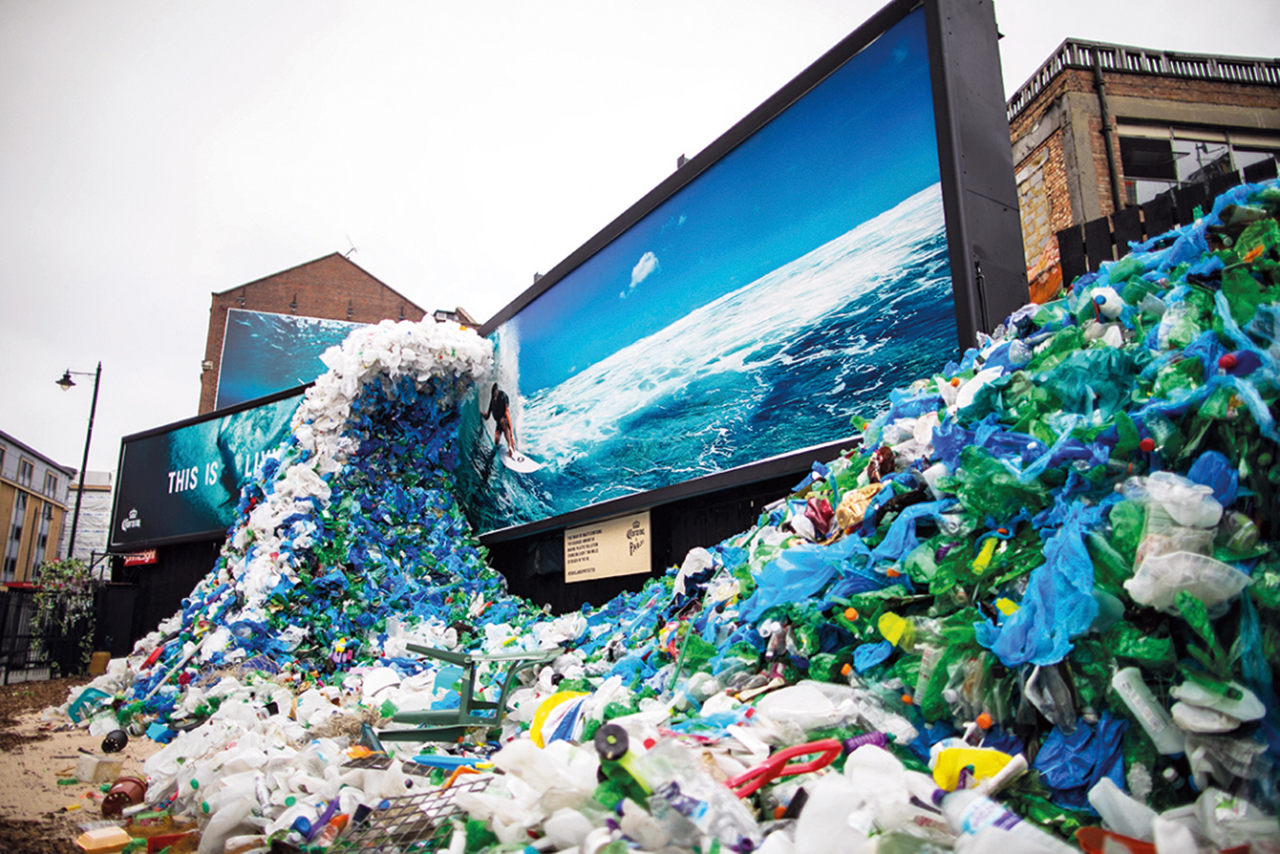 Plastic pollution is finally on the agenda. To support Corona’s "This is living?" campaign, the brand was responsible for a unique installation in Shoreditch, showcasing a life-size wave made entirely of plastic and highlighting the impact it is having on the seas and the life therein. 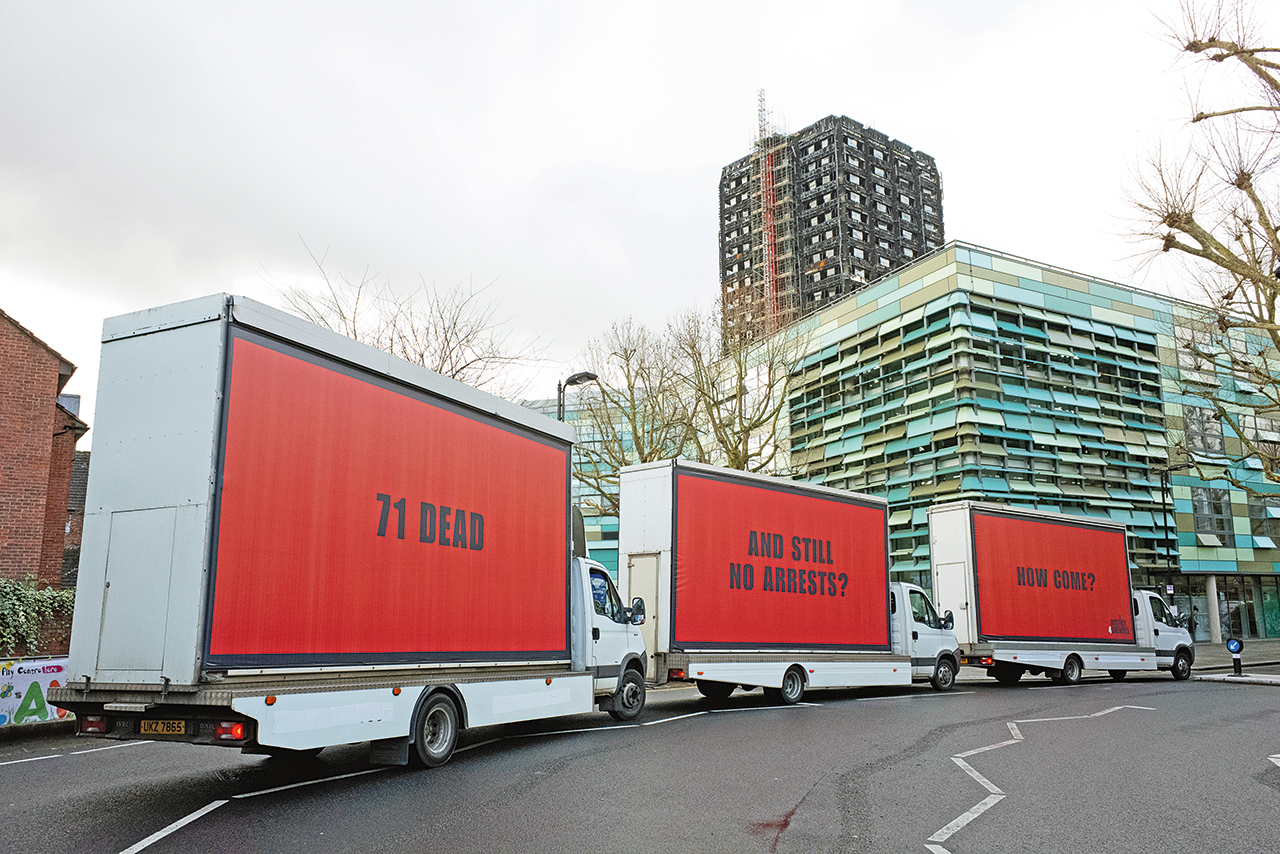 Justice4Grenfell parked a trio of mobile billboards outside Parliament, in a nod to Martin McDonagh’s film Three Billboards Outside Ebbing, Missouri. The aim of the campaign was to keep the disaster of 14 June 2017 fresh in the minds of the public. 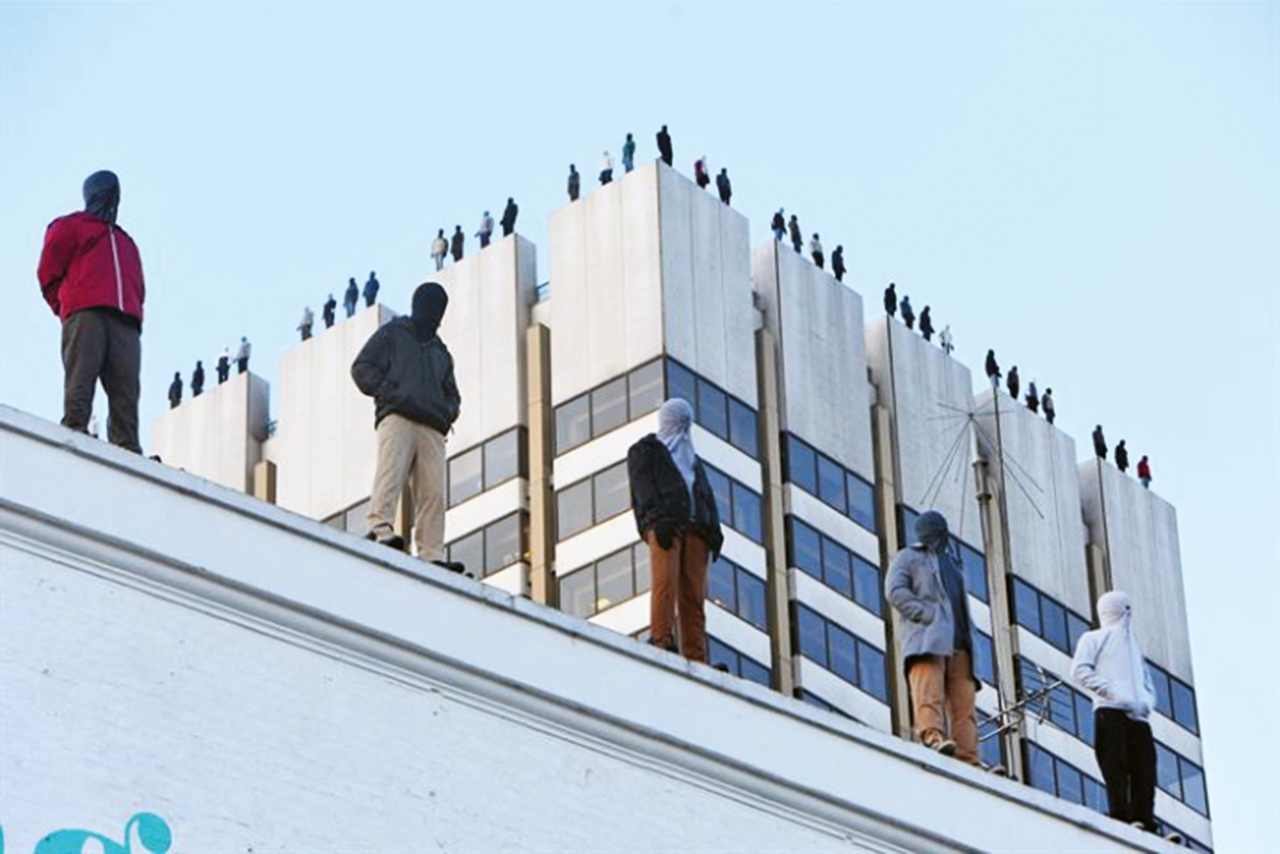