Some highlights from adland in 2019. 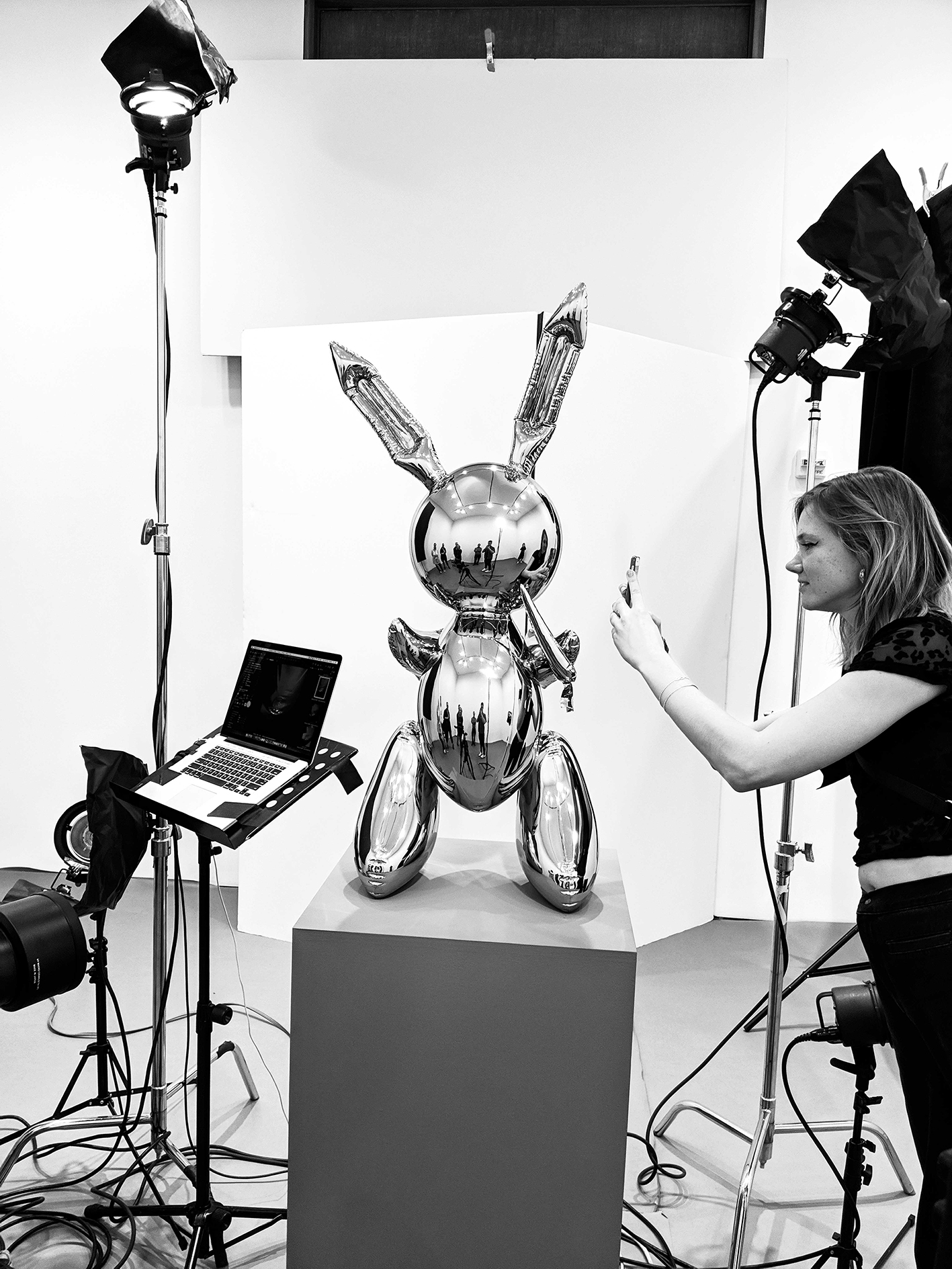 "This is Lida’s Ieva Paulina on set at Christie’s, shooting Jeff Koons’ seminal work Rabbit. This sculpture has been both lauded and laughed at. Our campaign for the auction house asked whether this divisive work is a con or an icon. We took the best and worst of the public’s and critics’ reaction and used it all to fuel the debate, as we sought the one buyer who would win out and ‘Own the controversy’. We got our answer – and two world records – on 15 May."
Ben Golik, chief creative officer, Lida

Hail to the Chiefs 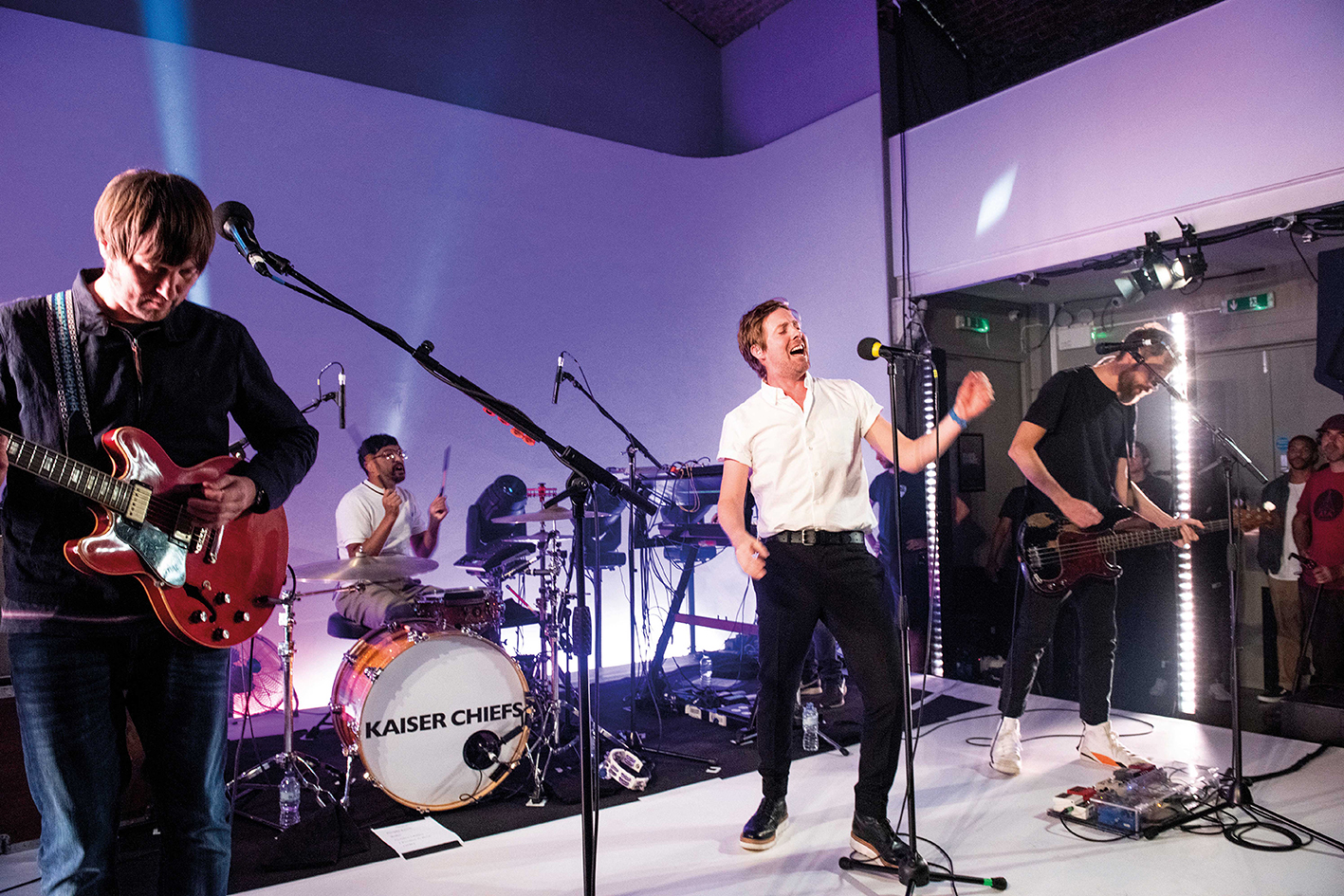 Learning and growing through diversity 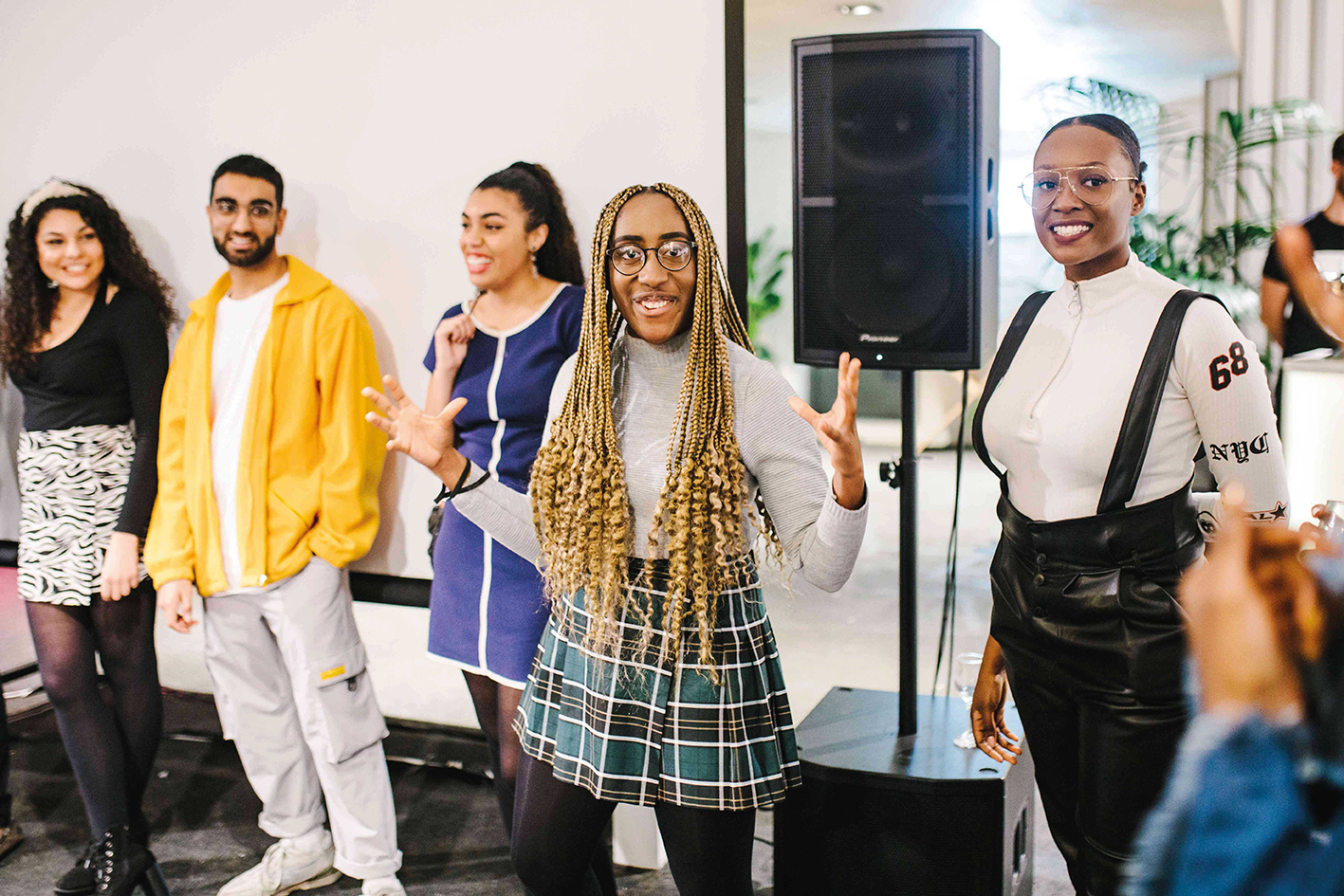 "One of our proudest moments at The Brooklyn Brothers had to be seeing the 14 young creatives graduate from the inaugural year of our Night School mentorship programme, run in partnership with Yellowzine. Designed to address the underrepresentation of talent from diverse backgrounds within the creative industries, Night School teamed students with expert facilitators across a three-month period, which saw us learn and grow together. This evening was a joyous celebration of this process and a reminder that embracing diversity can only make everything our industry does better."
George Bryant, chief creative officer, The Brooklyn Brothers 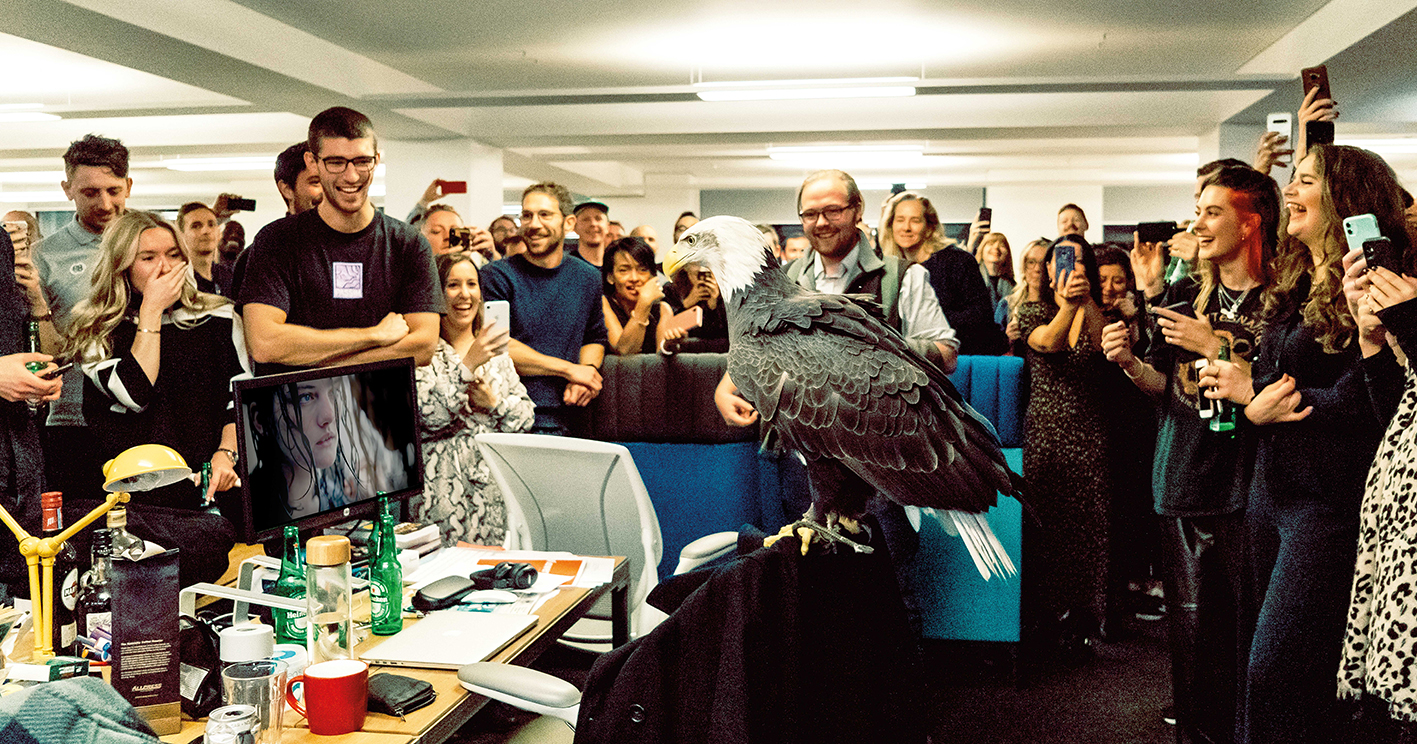 "It’s been all change at 82 Baker Street over the past six months. Four agencies became one, we challenged ourselves to change everything – and with a new rigour, direction and energy under the realigned leadership team. Next year is set to be a very exciting one to prove our new thinking and new ways of working. This photo was taken at our weekly all-hands company meeting. We often feature what people do outside of the company – this is a passion project of one of our producers John Wilde, who is also a falconer. If people can bring their dogs to work, why can’t we be bring eagles?"
Dave Monk, executive creative director, Publicis.Poke

Pride when our work makes a real difference 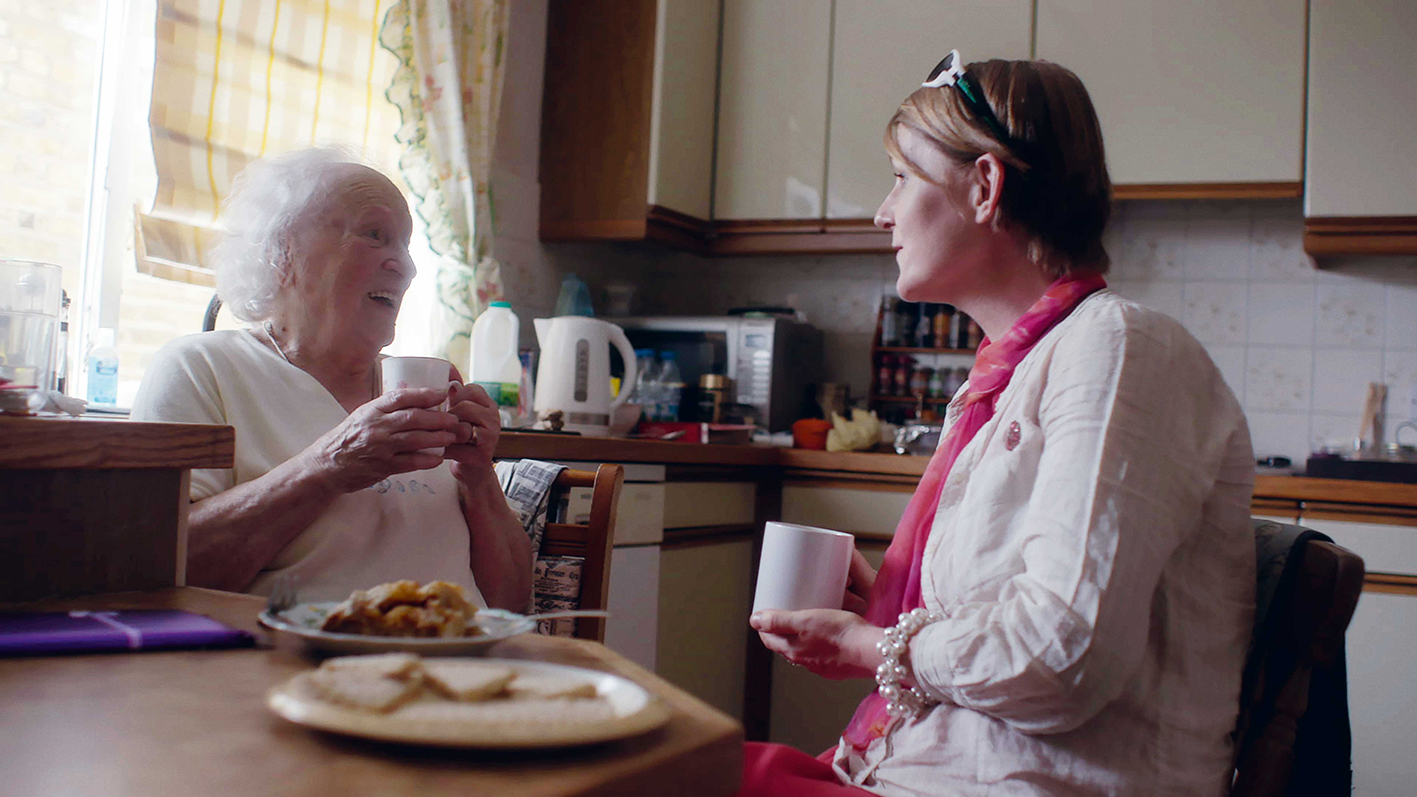 "This shot was taken during the filming of Cadbury’s ‘Donate your words’ social film to launch its campaign to highlight the issue of loneliness among older people. It features Theresa, who appeared in the film, and an Age UK Befriender. VCCP is especially proud to have worked with Cadbury on this campaign. From removing the words on a million purple Dairy Milk bars, the ‘Fence’ film, the social, Gogglebox and Sue Perkins activations to the Age UK Ely shop, the nation has really embraced the campaign to ‘donate your words’ by stopping to chat with older people in the community."
Darren Bailes, executive creative director, VCCP