Song and dance is a natural, and some would say well-trodden, path to convey energy in an ad. So when your brand is Lucozade - long-established but with a new “megabrand strategy” based on “unlocking the power of positive energy to be your best self” - how on earth can you be original?

Enter Adam & Eve/DDB’s “It’s ON” which swaggers its way into our consciousness with a cool hula-hooping guy walking through his neighbourhood to Ini Kamoze’s iconic track Here Comes The Hotstepper. Ultra-relaxed and powered by the bottle he has just consumed, he doesn’t miss a beat - or drop his hoop, showcasing that positive energy of Lucozade. The message: when you’re on, it’s on.

The ad beat four others to claim the Thinkboxes award for TV creativity for March-April, run in partnership with Campaign.

“We wanted to create something that made people feel good and made them smile. A simple way to bring to life Lucozade’s positive energy and show what it feels like to be at your best,” says Adam & Eve/DDB creative director Genevieve Gransden. “But, when it comes to showing energy, there are so many ads out there that do this already, with dancing or singing etc. So, the challenge was to find a way to do this, in an original way.”

That, explains her creative director colleague Selma Ahmed, “is how we landed on our character who confidently hula-hoops his way through his neighbourhood. It’s simple, fun and feels inherently energetic but not in an obvious way. It also has a touch of nostalgia which feels very ‘Lucozade’.” 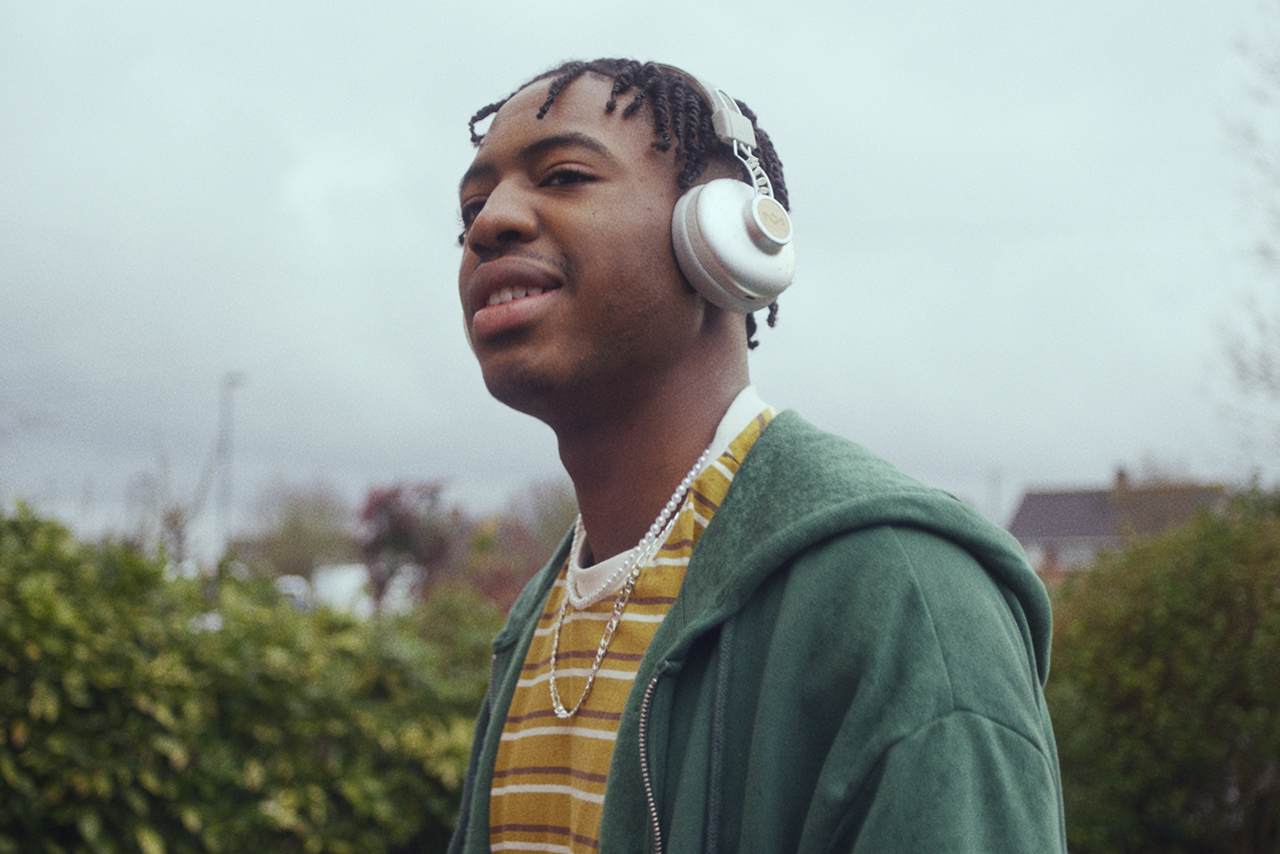 Another fine line the ad needed to tread was to avoid being “too cheesy or too cool.” Director Max Weiland (through Somesuch) was chosen for the energy and warmth he brings to his work but also because he understood that subtlety and “just got it,” Gransden explains.

The ad hit TV screens in April with a £10m multimedia campaign and the aim of  reaching 97% of the population between now and the end of the year. As well as TV and VOD, “It’s ON” is on social media, out-of-home, ecommerce and geo-targeted mobile advertising.

“We needed a creative route that brought that to life for our consumers and there’s no better place to do that, than on TV,” says Zoe Trimble, head of Lucozade Energy at Suntory Beverage and Food GB&I. “Not only does it help us to drive reach, but TV also encourages conversation and engagement online, helping us to spread the positive energy we’re trying to convey even further.

“Plus, with our new megabrand strategy and creative direction, we’re looking to give renewed direction, distinction and value to this much-loved brand. We still believe in the power of TV to make that kind of statement and are really pleased with how the ad turned out.”

The aim was for the action to feel as natural as possible so post-production work was minimal. Shooting the ad in 2020 meant the biggest challenge was the health and safety implications which entailed a skeleton crew and neither the client or agency were able to attend on the day. “Thankfully,” says Trimble, “we’d all had a crash course in virtual communication by that point!” 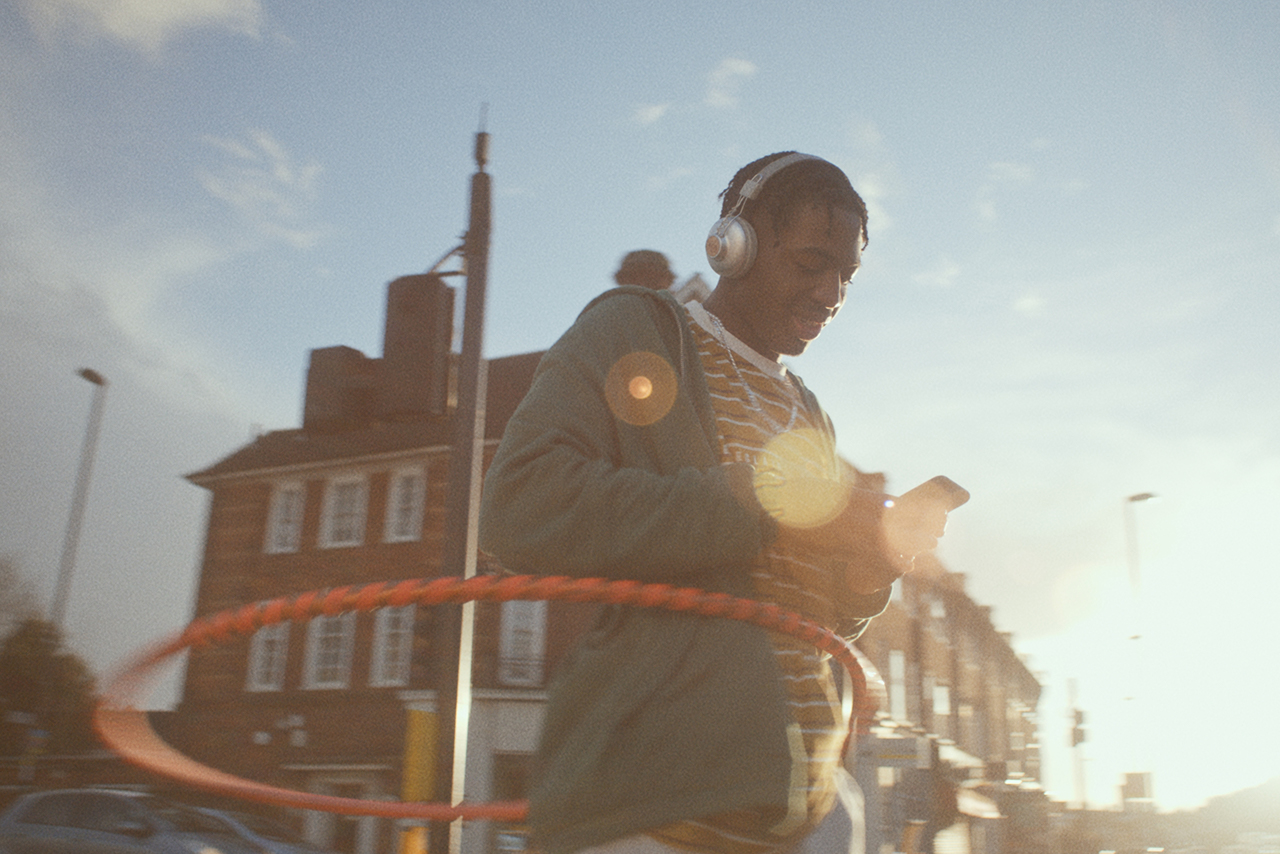 “It’s one of those ads that appears so simple but there are a lot of details that go into making it appear that way,” says Ahmed. ”The main challenge was mastering the art of the Hula: flawless hula hooping that doesn’t feel acrobatic, but feels casual, and is still impressive. Not as easy as it looks!

“We were lucky in our casting to find Jelani, a lead with a characterful face, charming personality and who can hula hoop like a pro. He worked with a hula hooping coach for a week to perfect his skills and it really paid off.”

What Gransden and Ahmed love about the final ad is “the way the music, his attitude and the hula hooping come together seamlessly to create a perfect vibe. We love its simplicity. And we like the fact we were able to show energy, in a way no one else has before.”

“For me,” says Trimble,”it’s the swagger and positive energy that our character brings to the ad – without a single word he shows us how it feels when you’ve had a Lucozade. That, and the song which is effortlessly cool and upbeat.”

Consumers are also showing the ad some love. “In consumer testing, [it] rated in the top 4% of ads which we’re really proud of,” Trimble reveals. “It’s too early to say in terms of performance but the overall response has been great with people loving the general good feeling and positivity the ad gives off– something we could all do with right now! We’ve even had customers getting involved by hula hooping in their stores.”

Their top tips for getting a great idea from script to screen? Nurture relationships with your agency,” says Trimble. “This means you can have an open dialogue about any concerns, visions or ambitions throughout the process and course correct if you need to.”

And, says Gransden, “stay true to the simplest iteration of your idea and focus on the overall feeling you want it to give people.” Adds Ahmed: “We started with a person hula hooping to Hotsteppa – and we ended with that. We had to constantly come back to this and not let ourselves get lost in all the tiny details.”

Second in the March-April Thinkboxes was Fold7's "The Renter" for Rightmove and third was Lucky Generals' "What if everything was this simple" for Taylors of Harrogate. Also shortlisted were Creature London's "It must be Moonpig" for Moonpig and BBH London's "Supermarket Mobile" for Tesco Mobile.