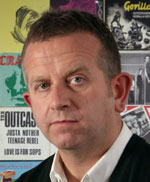 My 11-year-old daughter came downstairs a few weeks ago and I said: "You look nice today, honey."

Without breaking stride, she immediately went back to her room and got changed. So that, I suppose, was a low. I hope the brilliant, young people that populate the BBH creative department don’t hold me in similar regard. You’ll have to ask them.

Age, of course, is a state of mind. And, as we turned 30 this year, I was delighted to see the place thinking and behaving with all the freshness and ambition of a hungry, young start-up. The work we’ve produced and the love that has gone into it have been a big highlight of my year.

More highs? The Tame Impala album. Mo’s sideways glance as he nearly gets caught on the last straight. My mate Paul’s spectacular hiking shorts that resembled the seat cover of a Wallace Arnold coach. The Descendants. That Ibrahimovic goal. And too many other things to fit into 200 words.

And as for 2013? My hopes are for an even better year than this one, a bit more peace, love and understanding in the world, and for all of us to stay young. Even if only in mind. 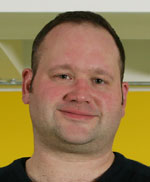 Highs: speaking in code about the Paddy Power Ryder Cup stunt so that the CIA couldn’t intercept the "mission". It had a code name and everything. Proper Bond shit. Working with John Madden on Milka. The purple cow was like putty in his hands. Winning the Diesel watches brief and telling people when they’re going to die! Milka Daim. Hiring some crackers.

Lows: Losing a couple of good’uns. Turning down La Colombe D’or for a client meeting in Cannes. Sulked forever.

Hopes: Win an alcohol account and some sex-related thing to go with the gambling and chocolate. Heaven. Persuade Paddy Power to sponsor Kabaddi. Kabaddi Power, innit. 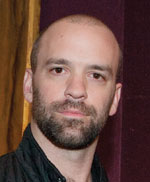 Highs: my wife giving birth to a healthy boy. Starting a big, new, shiny job at McCann. Watching my particularly Scottish father-in-law storm out of the room five minutes into the BBC Two Baumgartner space-jump documentary, shouting: "Oh, just bloody get on with it." Reading over and over the story of Cecilia Jimenez, the elderly church worker who painted her own crude rendition of Christ’s face over the top of a 19th-century fresco. Grace Jones saying happy birthday to the Queen at her Diamond Jubilee.

Lows: anticipating the end of the world as the Mayan calendar draws to a close.

Hopes for 2013: that someone finds a fossil of a unicorn on UK shores, extracts its DNA, grows some stem cells and rears the first unicorn herd in Hyde Park. That they have the foresight to implant microchips in the hoofs, Wi-Fi in the horns, 4G technology in the ears. Then cajole the majestic beasts into boosting Britain’s manufacturing capabilities, sorting out our education system with Tweet suggestions from the more advanced countries in the world, and developing a fresh new Mayan calendar. 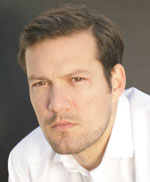 So 2012, from my point of view, has been pretty good. I’ve been lucky enough to work on some great creative as well as see the directors at Rattling Stick produce some cracking pieces of film. Other highs? Surprisingly, the Olympics. I was bracing myself for it being embarrassing and a general nuisance. Wrong on both counts. The opening ceremony was great, getting to work was easy and I discovered we had a ginger bloke who is good at jumping.

Lows? That, despite their fierce debates in the run-up to the presidential election, President Obama didn’t find out the real truth about Mitt Romney’s "magical underpants".

My hopes for next year – well, without being greedy, more of the same would be nice. 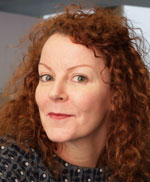 Britain united to celebrate Olympic success, and weren’t we all happier for it? Aviva sponsored British athletics for more than ten years. Seeing this investment come to fruition brought home the difference truly championing a cause can make.

Coupled with the Diamond Jubilee, 2012 was a year of pride. Watching the Queen’s flotilla reminded me of our history and the importance of female leaders. I’m delighted the rate of female recruitment to UK boards has increased by 44 per cent since March.

On a lower note, the lack of trust in corporates makes building a credible brand even more important.

I hope 2013 brings a continued movement towards responsible growth, with brands underpinned by sound ethics and good practice. Some schemes being piloted are fantastic, such as Marks & Spencer trading old suits for new and upcycling the fibres.

Aviva has now provided free life cover worth more than £145 million to new parents, helping protect the most precious of all gifts – our families.

How powerful would it be if we all went about our business thinking about the legacy of the companies we work for, their impact on society and their ability to make the world a better place? That’s my big hope for 2013. 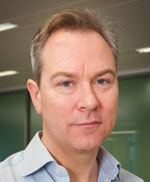 The bad news is that the media business continues to commoditise itself and play myopic games at the behest of procurement rather than being the true new product development engine of marketing.

It has been a year that has really highlighted the dichotomy of our business – every chief executive wants an always-on, viral, mobile, Palo Alto blockbuster and every chief executive has a procurement team who measure progress by comparing 20th-century media with year-on-year benchmarks. Benchmarks almost specifically designed to avoid delivering the chief executive’s dream and ensure another pitch in two years’ time.

The hopeful news is that media is better-placed than ever to give the chief executives what they really want. Brand reputations go up and down on the stock market of social media and everything begins and ends in media. I love our American Express work, which just won the Jay Chiat Award in the US, or Kissan winning the Grand Prix in India because it shows that, when we harness data and the ability to deliver adaptive content, media really is the best business to work in. 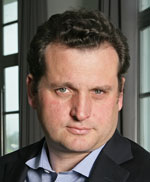 What a year. Very uneven in terms of productivity. January and February were spent serving my notice. March, April and May saw me stranded in the garden. Then June. Wow. Damon, Lori, Nik and I started Joint and it has been go, go, go ever since. It turns out the best preparation you can have for starting your own company is a forced period of inactivity before launch. You set off full of energy, focused and feeling more motivated than ever.

I remember the wonderful Steve Henry once writing that starting your own business is like nothing else. It’s early days for Joint – only seven months in January, in fact – but already I can tell you Steve’s right. Everything is more personal, more absorbing, more frightening and more exciting.

Clearly, we are over the moon about getting to work with a bank, an airline and one of the world’s great charities in our first few months. But the real highlights have been the people. My fellow founders are amazing individuals and awe-inspiring in combination. The clients who have come with us and given us our early breaks have made all the difference so far. The people who have left great jobs to come and work with us are as fantastic as they are brave. Fingers crossed for 2013. 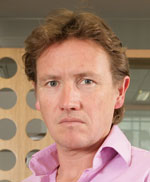 My 2012 couldn’t have started better. In January, the US chief marketing officer of Best Buy met me for dinner to confirm that, after a year-long pitch, we had triumphed. By March, we’d hired 70 people and dedicated them to the Best Buy business. In May, a new CMO had arrived and fired me by e-mail.

But Cannes always lifts the spirits and saw Jonathan Burley’s teams pick up the golds, silvers and bronzes that made us the UK’s number-one independent creative agency at Cannes – followed by impressive hauls at both D&AD and the Campaign Big Awards. London had a great Olympics and our "generous marketing" initiative for Samsung was a highlight, followed by winning global assignments for Coutts, GlaxoSmithKline and Lexus. Meanwhile, New York produced great wins and work for Direct Energy, Samsung, PBS and EMC, and finished off the year helping ensure the right man was back in the White House.

M/SIX started to make its mark, winning all of News International.

As a group, we acquired a 50 per cent share of Rapier and a significant share too in McCormack & Morrison.

We finish the year agreeing a partnership with Bates to take the CHI brand to 14 offices in Asia.

We are now a new global network, with more than 1,400 people across Asia, the US and Europe, comprising agencies in media, direct, digital, social and advertising – a very different entity to the one I was running at the beginning of this year.

How we make the case for a bespoke, multitalented, full-service global network to rival the single-disciplined giants is next year’s challenge. 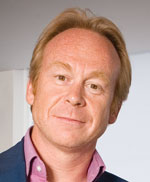 It has been a funny old year. The highs of national pride, the lows of the news agenda and world economy. To conclude that 2012 was a miserable 12 months is likely to provoke outraged middle-class accusations of disloyalty. But to conclude it was a triumph would be a naïve exercise in self-deception.

I’d say there are some things to be cheerful about. The UK’s creative stock on a global level has enjoyed a mild improvement by Cannes standards and, while the global recession hangs over us with menace, it has yet to really unleash its venom.

But, for me, the year has been punctuated by anti-consumerism, which is quite an uncomfortable truth for advertisers. The most recent example of this is Psy, the South Korean rapper who dedicated a song to mocking middle-class consumerism. Gangnam Style, in which he rides an imaginary horse, is now the most-viewed clip in YouTube’s history.

Is he conspiring with The X Factor to mock us all? Or is he just yet more evidence to suggest that, in 2012, it was still possible to get away with being a bit shit?

Anyway, it has been a funny old year, which I’m fairly relieved to see the back of. Cheers. 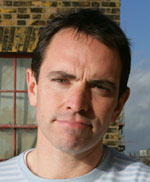 You were the year that kept on giving and, when it was done, thought "what the heck" and gave some more.

In the midst of the economic doom and gloom, you brought us the Queen’s Diamond Jubilee. At last, something to celebrate, and celebrate we did.

But we had no idea that this was merely the hors d’oeuvre to the Olympic banquet that was to follow.

The transport was faultless, the stadiums were full, tickets were available and the world came to watch.

Best of all, our athletes performed beyond their and our wildest dreams.

After four extraordinary years, in July we merged Adam & Eve into Adam & Eve/DDB.

Having unpacked at Bishop’s Bridge Road, the new agency got to work.

John Lewis Christmas, Marmite Oxford Street Christmas lights and a stonking new Harvey Nichols campaign proved the new agency has its mojo working quickly. The IPA Grand Prix, as well as Press and Outdoor Agency of the Year at the Campaign Big Awards, were a lovely affirmation of that.