Campaign by JWT highlights how British people are global citizens.

HSBC has hit back at isolationism with a bold outdoor and press campaign claiming that the UK is "not an island".

It is the bank’s latest marketing effort promoting the idea that we are global citizens and comes amid ongoing uncertainty around Brexit. The campaign follows last year’s ads featuring comedian Richard Ayoade, who shared HSBC’s internationalist vision and introduced a global tagline: "Together we thrive."

The new activity, entitled "We are not an island", celebrates elements of British life that are indebted to the nation’s connections to the wider world. It was created by J Walter Thomspon London, now known as Wunderman Thompson after a merger that was announced last year.

Local executions targeted at Birmingham, Leeds, London and Manchester issue rallying cries for each place. For example, in Manchester the copy reads: "You taught the world how to split the atom, make a chip barm and not look back in anger."

Outdoor and press ads launched yesterday and will run nationally until March. The "Global citizen" ad starring Ayoade will also return to TV this month.

The work was created by James Lucking, Will Wright, Craig Hunt and James Humphreys. PHD is the media agency. 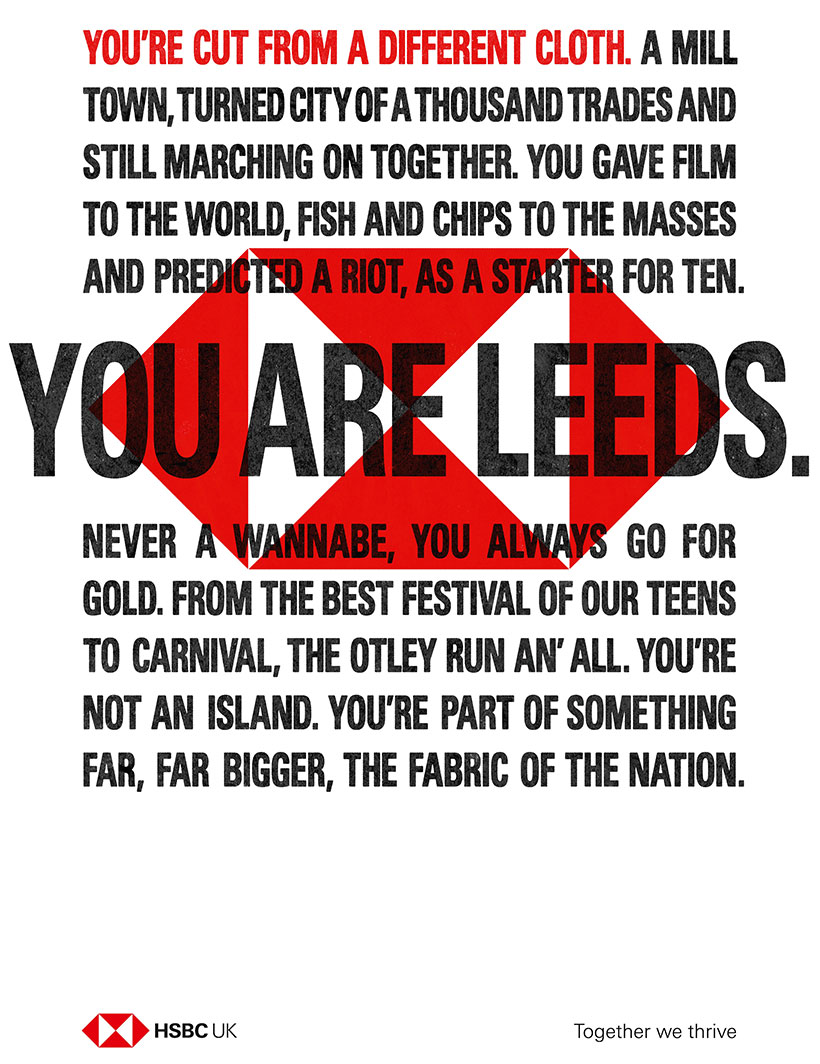 It could get ugly...

HSBC's Richard Ayoade-fronted campaign is back with business rallying cry