The HSBC group marketing director is overseeing changes to the bank's positioning, marketing structure and use of social media

A glance up at HSBC's sky-scraping headquarters at Canary Wharf in London, with its upper floors clouded in a swirl of early-morning fog and drizzle, is reminder enough of the scale of this banking titan. Its 2011 annual profits reached a staggering £13.8bn, up 15% year on year, making it the most profitable bank in the Western world.

The campaign: 'In the future'

Yet, despite such dizzying achievements, the business is in an unprecedented state of flux. A year ago, chief executive Stuart Gulliver announced a $3.5bn (£2.2bn) cost-cutting drive, including plans to axe retail banking operations in almost half its 80 global markets. Most crucially, in a marketing context, Gulliver decreed that HSBC drop its famous strapline 'The world's local bank', as he argued it could no longer justify the claim. 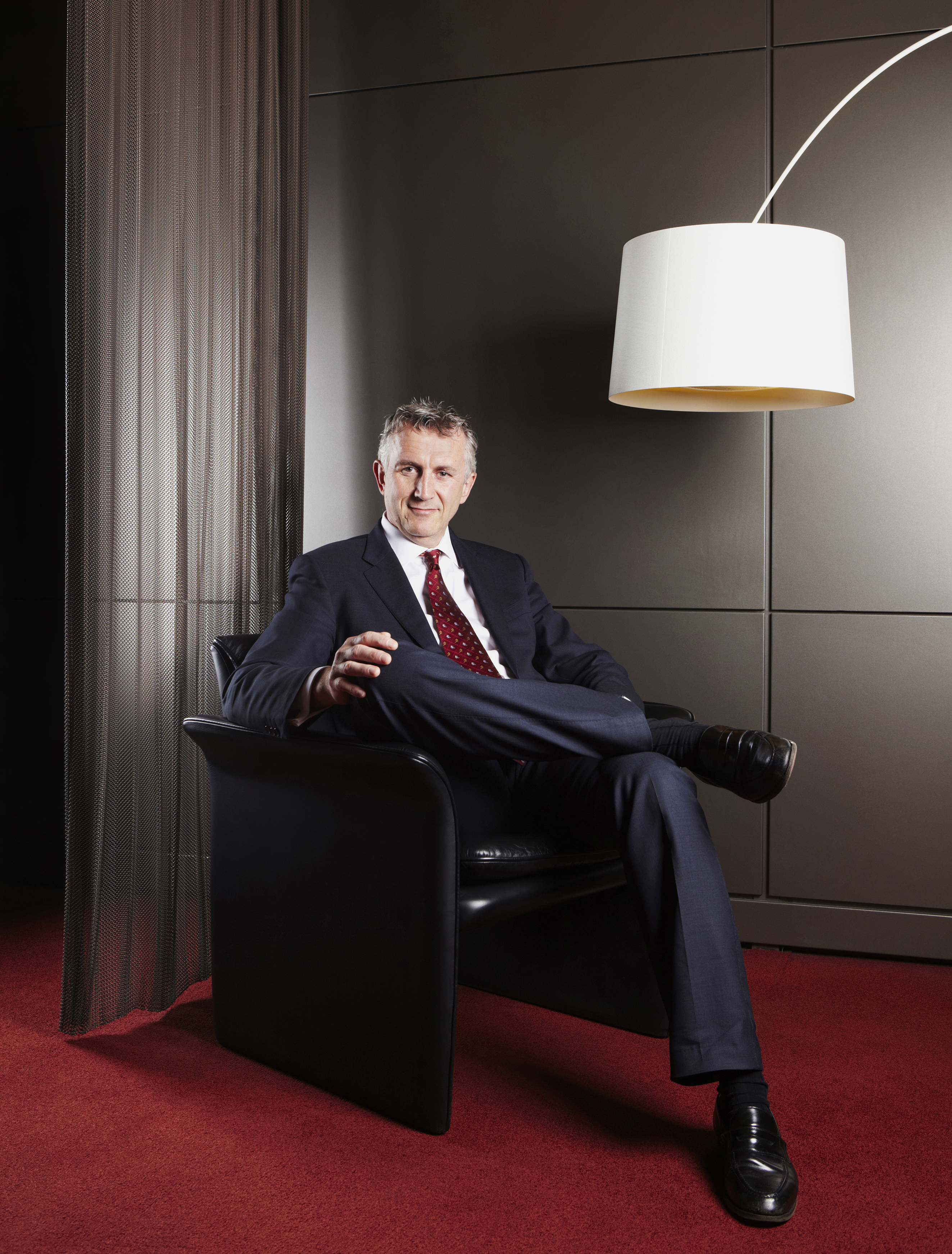 The job of steering the brand through this reinvention has fallen to group marketing director Chris Clark, a former Saatchi & Saatchi adman, who seems ideally suited to the role. The kind of marketing waffle that would no doubt irk his ruthless paymasters is kept at bay, in favour of a more colloquial, straight-talking style likely to resonate in an organisation in which the bottom line, rather than the strapline, remains the be-all and end-all.

'There is a lot of jousting at the top of the house which is very cold-eyed and clear-eyed,' says the 51-year-old. 'This is a bank where you don't say "I think", you say "I know". It is a very tough environment sometimes, and a lot of people don't fit.'

That is not to say that Clark lacks humour or personality. In more than a decade working in advertising, he experienced the seminal split between Saatchi & Saatchi and its founding brothers Charles and Maurice first hand, a sequence of events he still considers 'rotten'. The years handling accounts such as Toyota, Barclays and Birds Eye have endowed him not only with an insight into brand building, but also a quick-wittedness some might argue is atypical of a senior banking boss.

Having played a key role developing the 'world's local bank' strategy since joining HSBC in 2001, one might expect a degree of sourness about the decision to axe the concept. Yet, rather than sink into self-pity about the demise of his work, he claims: 'Our chief executive absolutely nailed it when he said in a management meeting, "People mistake our endline for our strategy as a bank". It is just that - an endline, a piece of advertising.'

Despite such a dismissal, Clark takes enormous pride that it was a 'piece of advertising' which by far outperformed the marketing campaigns of its rivals, and made HSBC a perennial chart-topper in annual brand-value surveys. Clark acknowledges that the change, however necessary, will be a painstaking process.

'We don't have one of those pens like Will Smith in Men In Black where we can take "world's local bank" out of your mind. That's not what we're here to do and we're not looking for the next great endline,' he says. 'I think that all things run their course, but that doesn't mean there isn't a resonance left behind. I used to work on the Mars account, and even then "A Mars a day" had probably overstayed its welcome a bit, but it lives on today. All the great straplines retain recognition with consumers. Like someone very familiar who has had a make-over, once in a while you need to change things to make yourself feel a bit different and lift your heels a little,' he adds.

The key to moving HSBC's marketing into a new era, he argues, is to start a 'fresh conversation' with customers. Rather than replace 'world's local bank' directly, HSBC last year began rolling out a series of ad campaigns based on the future of business and trade, each prefixed with 'In the future...'. Individual ads have tackled topics such as bio-energy innovation, the impact of an ageing workforce, and a world without emerging markets.

Joking that the bank has dropped its endline only to settle on a 'before-line', Clark says the ads are symptomatic of a shift from pure brand-led advertising to a more product-driven approach. Citing one of HSBC's recent TV ads, which shows a young girl in the US accepting a range of global currencies for her home-made lemonade, the marketer says the brand will aim to retain the 'wit and charm' of previous marketing, while more actively outlining services that will make consumers 'feel reassured' about banking with HSBC.

'If I'm honest, I think we were lucky to have about 20% of our marketing budget dedicated to brand marketing,' he says. 'Now we need to fuse business and brand together. Take our airport ads: they are a wonderful piece of brand-building advertising, and generated fantastic consumer sentiment, but when we asked people, "is it relevant to you?" they would scratch their heads a little. When faced with nothing to buy, consumers sometimes don't know how to compute it.'

A crucial element to this fresh advertising, says Clark, is a general sense of 'optimism' which, he contends, appeals to consumers fed up with doom, gloom and austerity. Reflecting on the prospects for his 14-year-old son and 12-year-old daughter, the marketer expresses a desire to strike a more upbeat mood. 'I think there is a sense that starting more optimistic conversations is something we'd all do well to indulge. Times are hard, but we owe it to ourselves as human beings to find the optimism and spirit to get a better world order.'

HSBC's brand positioning is not the only concern for Clark: the bank is also undergoing a restructuring of its marketing operations, shifting from regional teams to functions based on business units such as retail banking, commercial banking and its high net-worth private bank. A central team, led by Clark, will aim to ensure the brand is kept in good shape worldwide.

The bank's choice of communication channels is also under review. Clark has begun working closely with HSBC's UK Twitter manager to ensure that the brand responds to any strong consumer sentiment expressed on the social network, while reassuring jumpy colleagues that isolated criticism 'doesn't mean the sky is falling in'.

Clark claims HSBC has a responsibility to engage in potentially 'difficult conversations' with customers through such platforms, but warns that advertising on networks such as Facebook will also throw up issues with privacy and the use of data.

'What we often worry about is the stuff that's outside of our control. We're looking at it in the sense of how we make sure we're looking after our customers. We don't want to be taking part in marketing through Facebook if what happens is that those things feel intrusive or unfair. We undoubtedly need to look long and hard at how we get the best out of those platforms. We need to be clear how our customers feel first,' he says.

Much appears to be under review at HSBC, and one cannot escape the sense of a business in transition. Clark admits this is a moment to 'respond' to the market, rather than ploughing an ill-advised furrow based on what had previously been successful.

'Strong brands have an organic sense: you can shape them and mould them, but never set them in concrete. You need to let the marketplace respond to them and then respond to that,' he adds. In an apparently unintentional pun, he also acknowledges there 'may be a moment in the future' for HSBC to install a permanent endline and successor to 'world's local bank'.

For now, however, those dark clouds of uncertainty continue to hover over the bank's offices and the economy. A more light-footed approach from this most heavyweight of banks is the order of the day.

Hobbies: 'I play chess competitively; I coach children's rugby, which is a big passion of mine; I am a fisherman; and, somehow, I have 33 different species of edible plant in my garden.'

Favourite ad campaign: 'The original Bartle Bogle Hegarty work for Levi's, with the bag of rocks. That was a moment for me when advertising and its magic really hit home.'

Favourite brand: Mandarin Oriental. 'There is just something about the way it delivers its experience.'

THE CAMPAIGN: 'In the future' 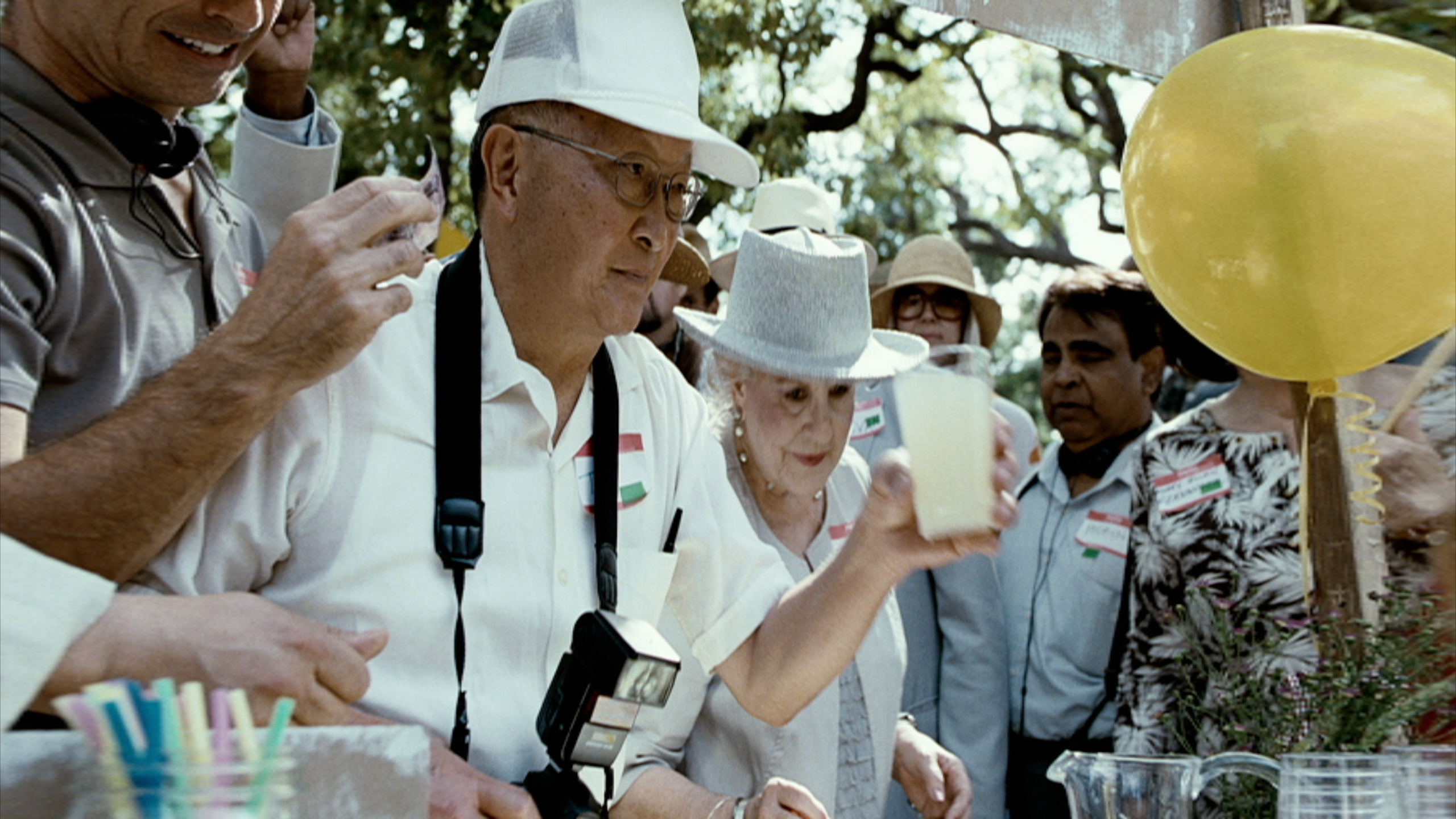 As part of HSBC's global brand campaign using the line 'In the future', the bank launched an ad attempting to showcase the changing nature of trade in a globalised economy.

The TV spots, by JWT London, show a young US girl and her father preparing a lemonade stand on their front lawn, with a re-recording of Maurice Chevalier's Thank Heaven for Little Girls playing in the background. In each execution, passers-by search in their purses for cash, at which point the child announces that she accepts currencies such as Hong Kong dollars and Brazilian reais, and speaks to the customer in their native language.

A cardboard sign subsequently shows that she also accepts British pounds and euros.

The ad ends with a voiceover saying: 'At HSBC we believe that in the future even the smallest business will be multinational.'

The campaign rolled out on 1 February and was supported by print, online and outdoor activity.

The ad, which subtly promotes HSBC's foreign exchange business services, ties in with what group marketing director Chris Clark describes as an increased need to 'fuse business and brand together'.

- Devise a clear brand positioning to fit with chief executive Stuart Gulliver's strategy for the bank.

- Promote HSBC's services more actively, without losing the character of its marketing.

- Ensure HSBC's customer experience fits with the expectations of the aspirational consumers it hopes to attract.

Grey and BBDO to pitch for HSBC global creative