It's funny how closely a week at the Cannes International Festival of Creativity with my toddler mirrored exactly what it's like being a mom in general. It was an amazing, exhilarating, difficult, wonderful, draining, stressful, life-changing experience.

Our days looked something like this: as Henry people-watched and colored with markers, I tried to keep him from throwing said markers at people while I soaked up inspiration from some of the most creative minds in the world. Many of the sessions and talks left a deep impact on me, and I was heartened that so many parents recognized and stopped Henry and me in the streets. In between work events I tried to find things that Henry would really enjoy and, in doing so, I made memories I never would have had if I’d gone alone—like swimming with him and my husband in the Mediterranean Sea, riding adorable French carousels, and teaching him Frère Jacques while he chowed down on escargot. 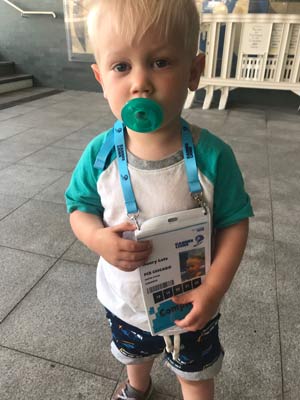 No one seemed to mind that Henry was at Cannes. In fact, people were delighted to see him at seminars, and they were even more delighted to hear that FCB sent us both in support of working parents. But the week wasn’t without its challenges. There’s only so much adulting a toddler can handle, and when I could tell he was getting tired, I had to force myself to slow down too. To be honest, this frustrated me, because there were so many amazing sessions I wanted to attend. But I had to keep reminding myself that it wouldn’t be fair to push Henry to the point of misery. He was the inspiration for this trip, and I wanted him to enjoy it too.

I certainly didn’t anticipate that this would be the week Henry would become fascinated with escalators. There was an escalator outside one of the main stages, and we rode that escalator no less than 17 times a day to avoid tantrums, which never worked, because eventually, you do have to leave the escalator.

I wouldn’t have enjoyed myself nearly as much at Cannes without my husband there. When Henry napped, needed a break, or went to bed, he stayed in the apartment with him. This meant I was able to pop out and attend some sessions alone and go places that would have been difficult to take Henry, like award shows and dinners. While my husband didn’t mind assuming full parental responsibilities, I still felt the everyday, dreaded working parent guilt as I tried to give equal attention to my career development and my family. 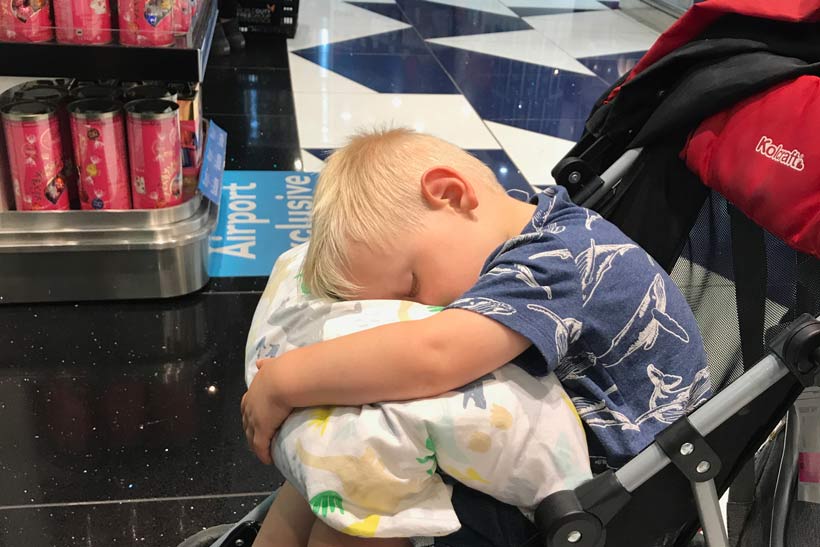 The biggest takeaway of the week was how easy it is to be transparent about working parenthood once you just start being your whole self at work. I didn’t have to pretend that advertising was more important than my family, because Henry and my husband were right there with me. People could see the bond we shared, and they could also see the time and energy it takes to have a toddler. I had play dates with other working parents, and we talked freely about everything from potty training, to the work we were doing at our offices, to our favorite talks of the week. It felt so natural.

One of my favorite sessions—and one that was particularly fitting, given the reason for me being at Cannes with Henry—was "Music & Motherhood" with Jessie Ware & Paloma Faith. I loved something Paloma said: "When we start to realize how powerful it is to have the strength to not only have a baby but raise a child, and also have a position of power career-wise—when we start to view that as a strength, then we have a responsibility to support that as well. And it is a strength—my output has drastically improved since having a baby, because I’m always thinking ‘What would my son think?’"

I’m so proud of Henry. He faced horrendous travel days, hot days walking around a busy festival, and lots and lots of new faces, all with grace. And together, he and I accomplished something much bigger than if I had gone alone. Because not only did I leave inspired and ready to work harder to create even better work, but more importantly, we were able to inspire others.

Sarah Latz is a senior copywriter at FCB Chicago

What does bringing your whole self to work mean in practice?

Why I'm taking my toddler to Cannes