A walk around The Bike Shed exhibition and Death Machines of London was born.

About four years ago I started tinkering with my Triumph Thruxton motorbike. I quite fancied the idea of a custom café racer. So I did what everyone does with delusions of being a bike builder, I bought all sorts of crap off the internet. Obviously, I didn’t have the first idea how to install any of it, which is where my long-suffering mechanic, Ray, came into the picture.

"Mate, can you put all this on the bike? It’ll be a cool custom," I said. "It won’t," Ray replied. "It’ll be your shitty Triumph with some new parts on it."

Whatever, what does he know? I’m the creative one. A month or two later Ray told me it was done. "Does it look cool?" I asked. "No," was the answer. Clearly Ray didn’t understand the genius of what he was looking at, so I went to see for myself.

"Look," Ray said, "if you want to see what actual custom bikes look like, go down to this thing called The Bike Shed exhibition at Tobacco Dock." Which is exactly what I did, in a cab. To say my mind was blown would have been the understatement of the year. The quality and engineering skill of the machines we saw was incredible. I was inspired. 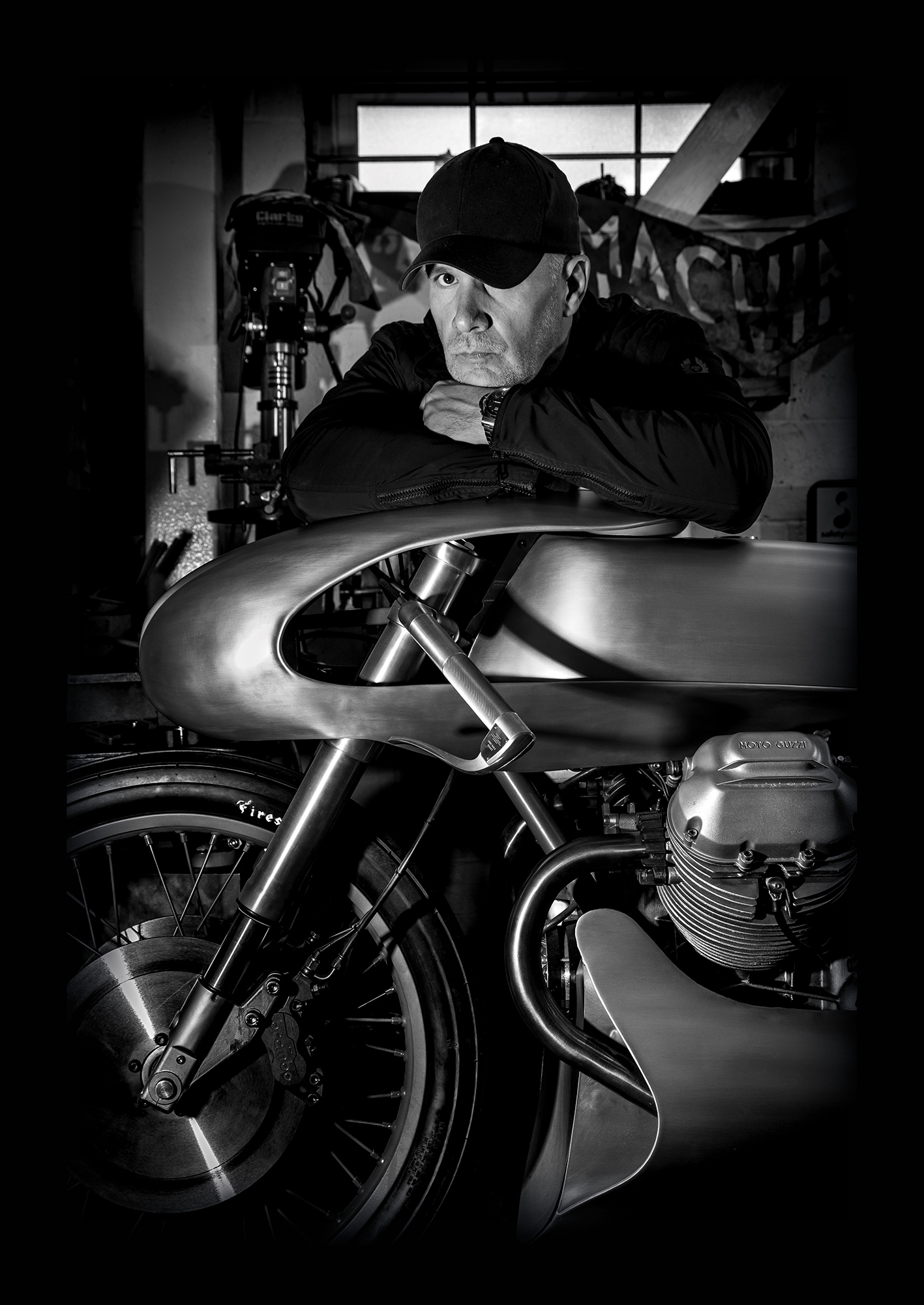 As we were leaving, I turned to Justene (my long-suffering girlfriend – see a pattern forming?) and said: "This time next year we’ll have a motorcycle company and we’ll be exhibiting here." "Yay," she didn’t say.

The idea was simple: I’d design it; Ray would build it. We’d make it look like nothing else out there, and if people liked it, we’d make another. And we might print up a T-shirt or two. Oh yeah, and we’d call it Death Machines of London.

The folks at the Intellectual Property Office and Companies House weren’t exactly thrilled with that, it must be said. But nevertheless, we got it and we were off.

Three years later and we’re on build number five. We did indeed exhibit at The Bike Shed that following year, and every year since. We’ve been featured in GQ, Esquire, HypeBeast, Highsnobiety, and virtually every motorcycle publication there is.

At the start of this year we were awarded Motorcycle of the Year by DesignBoom magazine – the international design culture and architecture journal. Pretty amazing. Our T-shirts and artworks are sold around the world. We’ve been in a film and we’re about to appear on the Discovery Channel.

To say it’s been smooth sailing would be a lie. Zen and the Art of Motorcycle Maintenance it isn’t. But that’s OK, because I’ve learned more in the past few years about, well, everything, than I have in the past 30. What does the future hold? I have no idea, but that’s OK as well – not knowing where you’re riding to is half the fun.

How should the industry create space for more original thinkers?